Feeling anxious? It’s not just you, it’s our philosophical era of neuroexistentialism 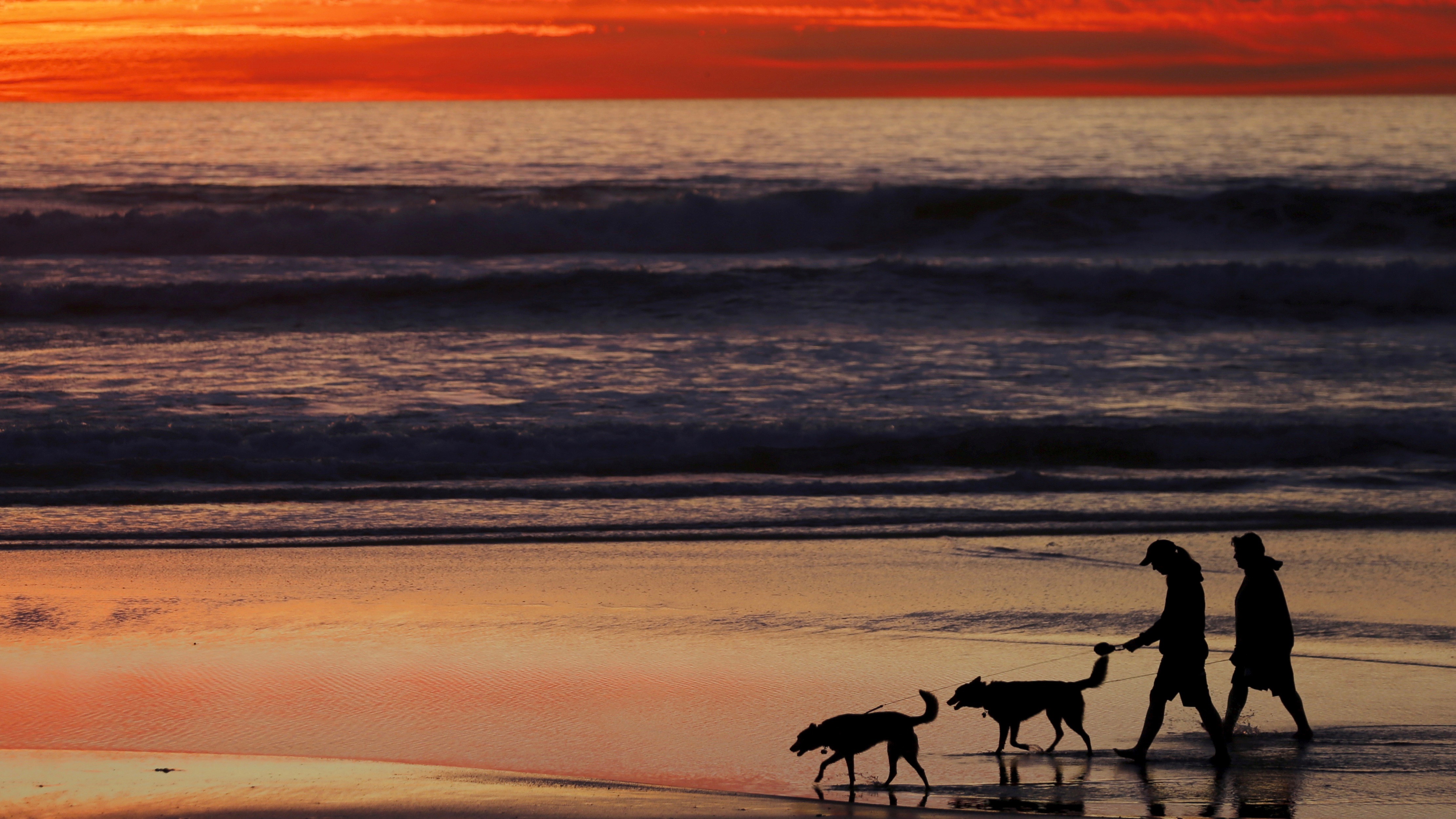 It’s not easy being human. It never was, really, if William Shakespeare is to be believed. In the 16th century, the playwright noted that “life…is a tale told by an idiot, full of sound and fury, signifying nothing.”

Neuroscience is increasingly confirming this view. The more scientists learn about the human brain and how it operates, the more obvious it is that being human is no big deal. We’re just animals, complex biological systems operating according to the laws of nature—from physics to biology and chemistry. Many scientists, like the late Stephen Hawking, and philosophers like Duke University professor of philosophy and neurobiology Owen Flanagan and SUNY University professor of philosophy Gregg Caruso in a recent issue of The Philosopher’s Magazine argue that we have no soul, no fixed self, and no inherent purpose. We exist simply because we exist, tiny specks on a small planet in an infinite universe, and not because a god made the Earth for us. This conception, called “naturalism,” leaves many people feeling deeply uneasy—consciously or unconsciously—and casting about for meaning.

Collectively, whether we’re aware of the effects of scientific findings specifically or not, much of society is suffering a crisis of “neuroexistentialism,” according to Flanagan and Caruso. ”Today, there is a third-wave existentialism, neuroexistentialism, which expresses the anxiety that, even as science yields the truth about human nature, it also disenchants,” they write.

Caruso and Flanagan define existentialism as the diminishment of the human self-image caused by profound social or political changes. These transformations provoke widespread malaise, ultimately prompting a rehabilitated and reconstructed view of what it means to be human.

The first such wave was expressed by 19th-century thinkers like Søren Kierkegaard, Fyodor Dostoyevsky, and Friedrich Nietzsche, who wrestled with the questions of morality in a world without a deity to dictate what is right and wrong. In the 20th century, following the Holocaust and World War II, writers like Jean-Paul Sartre, Albert Camus, and Simone De Beauvoir tussled with the meaning of existence after tens of millions of deaths and incalculable human suffering seemed to undermine notions that we value life or believe in a common good.

The philosophical crisis of the 21st century, however, is neither ecclesiastical or political. It has its roots in the changes wrought by scientific discoveries, which, according to Flanagan and Caruso, have dealt the final blow to notions of god, an immaterial soul, spirit, self, agency. They explain, “[N]euroexistentialism is caused by the rise of the scientific authority of the human sciences and a resultant clash between the scientific and humanistic image of persons.”

This contemporary angst arises from the growing body of knowledge that shows the existence we experience is a result of neural processes. The findings suggest that introspection, or self-knowledge, can’t really reveal the mind, and that death is the end for us all. If the brain’s processes give us our experience of life and there is no “immaterial spirit” or soul, then when the brain stops functioning, nothing follows life, and nothing “survives” us. Along with this understanding of ourselves as animals governed by natural laws and physical mechanisms comes another loss—the sense of agency or free will.

Not only is god dead, as Nietzsche declared, but if we’re operating thanks to physical processes that determine who we are, with brains making decisions rather than our spirits, it seems we can no longer forge lives using character as our aid. In other words, the übermensch that Nietzsche suggested could overcome the loss of god is also gone. And our very will to live—the determination expressed by existentialist playwright Samuel Beckett’s formulation, “I can’t go on, I’ll go on”—is now subjugated to a bunch of physical mechanisms.

Scientists conceive of us as organic, biological machines—a conception based on evidence—and this creates a new postmodern angst. “As the brain sciences progress and we better understand the mechanisms that undergird human behavior, the more it becomes obvious that we lack…’soul control,’” Flanagan and Caruso argue. “There is no longer any reason to believe in a nonphysical self which controls action and is liberated from the deterministic laws of nature.”

We don’t necessarily know why we feel adrift or blame science for this, but for many people who place their faith in knowledge and don’t believe in a god, it’s become more difficult to believe their lives matter. Scientific findings are undermining many traditional notions that previously gave people a sense of specialness, a feeling that who they are matters, and that the self is real. Increasingly, however, scientists are finding that the self is a kind of necessary illusion manufactured by the brain and often more fragile than we’d like to imagine.

Meanwhile, suicide, depression, and anxiety are on the rise. In the US, the Centers for Disease Control and Prevention last year revealed that deaths by suicide rose by 25% since 1999 across most ethnic and age groups. While there are many factors that contribute to mental illness, behavioral scientist, author and science writer Clay Rutledge argues that this trend isn’t just a result of lack of adequate mental health services. Rather, he says, we’re facing a new, contemporary “crisis of meaningless.” In a 2018 article in the Dallas News, he explains, “In order to keep existential anxiety at bay, we must find and maintain perceptions of our lives as meaningful. We are a species that strives not just for survival, but also for significance. We want lives that matter. It is when people are not able to maintain meaning that they are most psychologically vulnerable.”

The quest for significance is a result of “neurological machinery that has helped us survive has also rendered us distinctively ruminative,” according to Routledge. He believes that human brains evolved to seek meaning, but that it’s harder than ever to feel our lives matter for a number of reasons including increased alienation, smaller families, and a declining belief in religion. “Americans these days, especially young adults, are less likely to identify with a religious faith, attend church or engage in other religious practices. But as my research has shown, the sense of meaningfulness provided by religion is not so easily replicated in nonreligious settings,” he contends.

Caruso and Flanagan contend that “folk psychological attitudes” persist because outside of the scientific community, we don’t yet have an understanding of what this means for us as individuals or a vocabulary to discuss the new self-as-illusion. The old ideas are difficult to abandon because they have been around for thousands of years. The new, alternate view of humanity makes some people feel real bad, leading them to conclude that a meaningful life is impossible.

But don’t despair. Embracing naturalism doesn’t necessarily mean there is no morality or that we are all totally stuck, prisoners to mysterious processes we can’t comprehend through introspection. Just as existentialists of yore found new ways to explore the question of being human and new answers to why we might try to be good and live purposefully, so do today’s scientists and philosophers.

Caruso and Flanagan are the editors of a book, entitled Neuroexistentialism: Meaning, Morals and Purpose in the Age of Neuroscience (pdf), which examines the “foundational anxiety” that arises when “the mind no longer stands apart from the world to serve as a foundation of meaning.” In it, thinkers from a range of fields explore the contemporary angst and offer approaches to integrating evidence-based science into society’s psychology without losing hope about being human.

For example, California Institute of Technology cosmologist and physicist Sean Carroll’s essay surveys classical mechanics, quantum physics, time, and the nature of emergent phenomena, concluding that there’s no essential meaning in the universe, as evidenced by both its vastness and randomness. Yet he still argues that life matters on a personal and human scale, even if “modern science has thoroughly undermined any hopes for a higher purpose or meaning inherent in the universe itself.”

Carroll contends that our lives and societies matter simply because we exist and coexist and appreciate meaning. So we can act purposefully even if we are not part of some grand cosmic plan. He distinguishes between the determined human project and the universe’s seeming lack thereof.

Similarly, psychologist and cognitive neuroscience luminary Michael Gazzaniga, head of the University of California at Santa Barbara’s SAGE Center for the Study of the Mind, argues that there’s no problem presented by the naturalist view of humanity. We’re responsible and moral because our brains have evolved capabilities that allow us to be.

We reason, remember, perceive, and judge as a result of cognitive mechanisms. And because we have these abilities, we’ve also developed social practices that demand that we think and be responsible for each other. The universe may be random, and cause and effect may not always be related on a mechanistic level, but within the human experience, we have certain obligations and the capability to meet these.

As Thomas  Clark, of Brandeis University’s Institute for Behavioral Health explains in his review of Neuroexistentialism (pdf), we don’t need god to be good. There are scientific bases for moral behavior. Clark writes, “For one thing, science can explain why we are moral animals, moral to such an extent that no amount of science will end up debunking our hard-wired intuitions about ethics.”

There’s evidence that altruism, cooperation, compassion and affection are “biologically installed,” so we don’t require a higher power to force us to consider others’ needs. “The very worry about moral foundations is testament to the reality of our moral natures, so learning they are modulated by such humble (or is it noble?) chemicals as oxytocin and vasopressin isn’t likely to render us morally incapacitated,” he argues.

Caruso and Flanagan, as well as other contributors to their book, have a fairly sunny outlook. Rather than being dismayed by scientific findings, they propose “a constructive project.” That project involves working on the rehabilitation of the human self-image as prior waves of existentialists did, thinking through the tough questions together though there are no easy answers.

In their essay, the philosophers argue that we should “make use of the knowledge and insights of the behavioral, cognitive, and neurosciences to satisfy our existential concerns and achieve some level of flourishing and fulfillment.” Ignoring evidence isn’t going to resuscitate dated notions of god or the soul or the self or human specialness, and it won’t make life meaningful. Instead, we have to transform our anxiety, individually and societally, because at this point, as they put it, “naturalism is the only game in town.”

Correction: A previous version of this post stated that Gregg Caruso is an associate professor. He is in fact a full professor.

Fighting for Venezuelan refugees in Argentina

Learn how to grow a business through YouTube at webinar