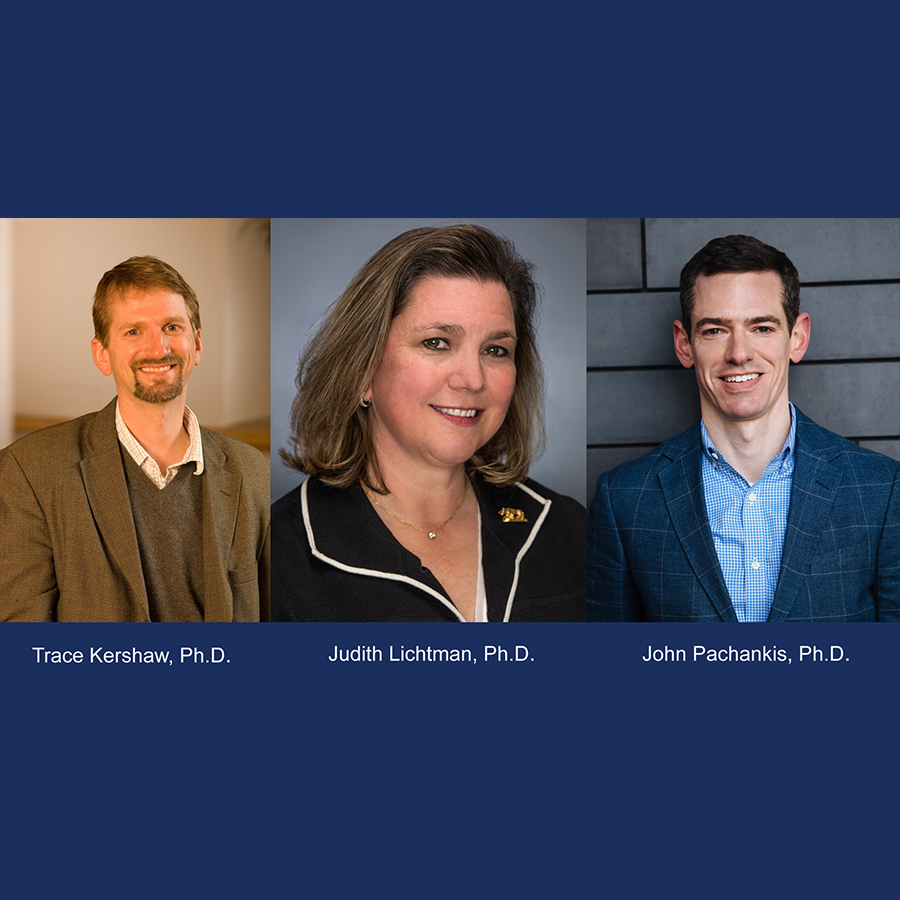 The funding will support the launch of a nationwide investigation into recurrent stroke rates among the elderly and also allow testing of innovative mobile applications for the prevention of HIV and alcohol abuse.

Trace Kershaw , Ph.D., professor and chair of the Department of Social and Behavioral Sciences, received a $3.49 million grant from the National Institute on Alcohol Abuse and Alcoholism. Kershaw is looking at ways cell phones can be used to monitor how social determinants of health influence health behaviors. He is conducting the research with Associate Professor Jessica Muilenburg from the University of Georgia.

Specifically, the pair want to see how individuals completing alcohol-related treatment programs are impacted by the people they hang out with and the places they go. The findings could lead to the development of a novel cell phone application for helping prevent relapse.

“Cell phones allow us to understand when, where, and why individuals may engage in substance use behavior, which allows us to provide resources and support in high-risk social contexts in real time,” Kershaw said. “This allows us to create interventions that are delivered immediately and tailored for the time, individual, and context.”

Associate Professor Judith Lichtman, Ph.D. ’96, M.P.H. ’88, chair of the Department of Chronic Disease Epidemiology, was awarded $2.2 million from the National Institute on Aging, National Institutes of Health and the Department of Health and Human Services. Lichtman is investigating potential disparities in patterns of recurrent stroke among elderly patients across the country.

Previous studies have identified racial, ethnic and regional disparities for incidents of first stroke and rates of death from stroke around the country. But there has been relatively little research focused on disparities in recurrent stroke rates. Recurrent strokes are associated with higher mortality rates, greater levels of disability and increased costs compared to first strokes.

This [grant] allows us to create interventions that are delivered immediately and tailored for the time, individual, and context.

Using data from Medicare, Lichtman aims to document patterns of recurrent stroke in the United States and identify factors that may be contributing to disparities. The goal of the study is to pinpoint counties and subgroups that have higher risks for recurrent stroke and provide information that will allow care providers, insurers, public health agencies, and policy makers to optimize post-acute care and prevention efforts in those areas.

“Identifying areas with high levels of recurrent stroke will allow us to begin taking steps to improve the delivery of care in those areas and address potential disparities that may exist,” Lichtman said.

An international expert in stroke research, Lichtman recently received the C. Miller Fisher Neuroscience Visionary Award from the American Heart Association/American Stroke Association for her work in the epidemiology of stroke, including disease trends, readmissions and mortality rates, which inform best practices in care.

John Pachankis , Ph.D., associate professor in the Department of Social and Behavioral Sciences, received a $3.78 million grant that will allow him to research ways to circumvent stigma to reduce HIV transmission among gay and bisexual men in the Eastern European country of Romania.

Pachankis, and his colleague Corina Lelutiu-Weinberger at Rutgers, will use the National Institute for Mental Health grant to test the efficacy of a new mobile-based intervention intended to improve HIV prevention efforts and meet the unaddressed mental health needs of gay and bisexual men in Romania, where rampant stigma has contributed to an increasing prevalence of HIV and hindered prevention services.

The pilot intervention, titled “About Me. About Us,” reduced HIV infection risk, depression and alcohol abuse in initial trials in the U.S. and Romania. The new funding will allow the intervention to be rolled out nationwide in Romania as part of a larger randomized controlled trial. The intervention facilitates live mobile chat sessions between participants and counselors, who provide cognitive-behavioral training, education and other support.

The goal of the intervention is to significantly prevent HIV infection among gay and bisexual males in Romania and other high-stigma, low-resource areas where gay and bisexual men are disproportionately affected by HIV and unable to access traditional prevention services.

“Stigma keeps young gay and bisexual men out of reach of support. Our intervention brings mental health and HIV prevention support to those who might not otherwise receive it because of stigma and homophobia,” Pachankis said.

This article was submitted by Elisabeth Reitman on January 24, 2019.