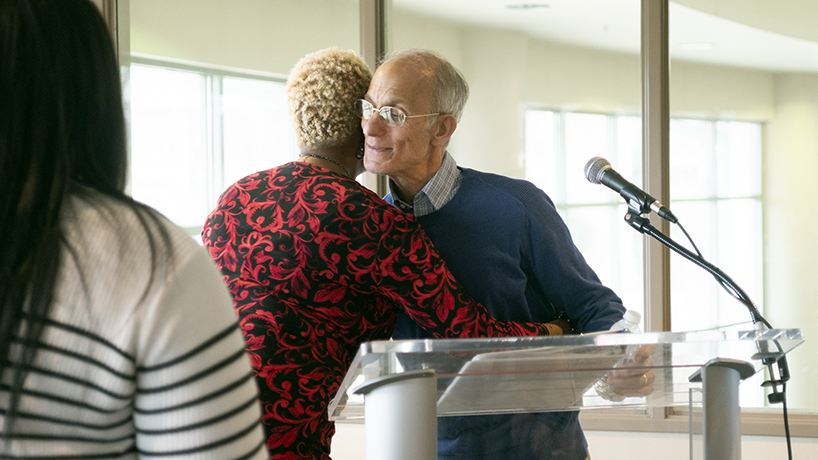 On Monday, in the University of Missouri–St. Louis’ Fireside Lounge, second-generation Holocaust survivor Bob Gummers spoke in honor of Holocaust Remembrance Day. The day, which commemorates the liberation of the concentration camps Auschwitz-Birkenau, was ratified by the United Nations General Assembly in 2005. This year marks 74 years since the liberation.

Gummers opened his Fireside Chat by explaining that he grew up in a family that had survived the Holocaust, making him a second-generation survivor. He went on to share stories from how his family had survived the genocide that claimed over 6 million Jews and more than 14 million lives total. He opened and closed with words of caution: remember, lest similar tragedies happen again. 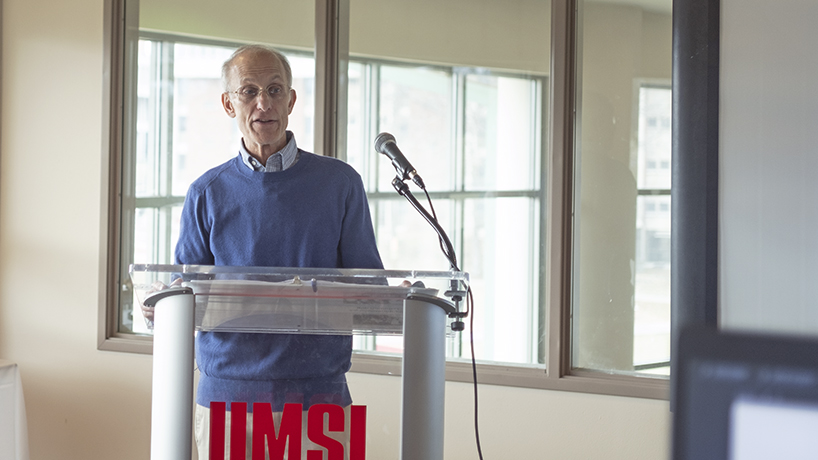 Bob Gummers, who is retired from a career as executive director at United Hebrew Congregation, volunteers as a docent at the Holocaust Museum and Learning Center.

Freshman Anneka Shaw was in attendance and, in the question-and-answer portion of the talk, asked about what Holocaust education was like in the United States. Growing up in Great Britain, she’d visited concentration camps as part of her schooling and felt its visceral “brutality” on those occasions. She also had a personal connection to the Holocaust; her grandfather, a prisoner of war, had two of his stories documented by the BBC. 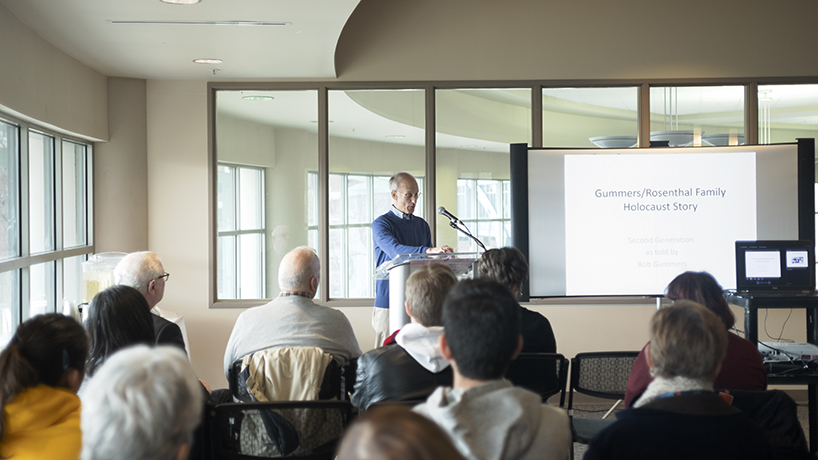 An overflow crowd filled the room on the Fireside Lounge on the second floor of the Millennium Student Center.

The event was sponsored by the Chancellor’s Cultural Diversity Council, gender studies and the College of Business Administration. Gummers, who is retired from a career as executive director at United Hebrew Congregation, volunteers at the Holocaust Museum and Learning Center, where he serves as a docent and gives tours. He encourages everyone to visit.