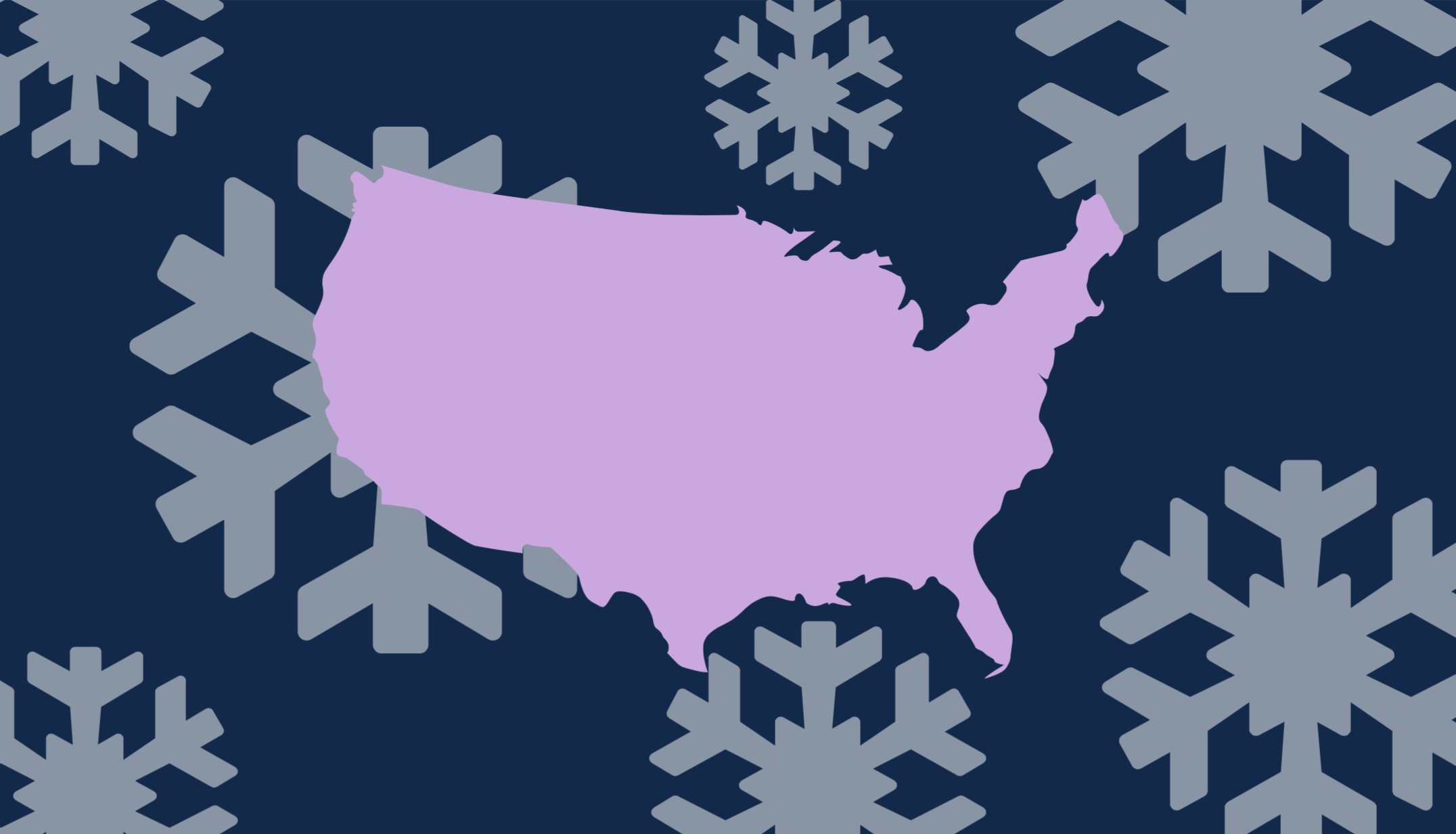 The Midwest is in the grip of record-breaking extreme cold this week. University of Michigan researchers in climate science, engineering and medicine can discuss the whys behind this weather phenomenon and what it will likely mean for residents in the affected areas.

Frank Marsik is a meteorologist and associate research scientist in climate and space sciences and engineering. He can discuss how the Great Lakes act as a source of heat, as can be seen in National Weather Service forecasts, in addition to weather in general.

Richard Rood, professor of climate and space sciences and engineering, can discuss the broader context, and the connection between weather and climate.

“While we are worried about a very small little blob of cold air, that blob is surrounded by air that is 15 degrees warmer than average. There are parts of Alaska closer to 30 degrees above average,” he said. “Compared to a long term average, there are many more record highs being set up north, and relatively few new lows being set.

“As the climate warms, wintertime weather systems are more frequently displacing cold polar air from the highest latitudes. This displaced air brings cold temperatures to the lower latitudes. What is telling is that the area of the polar air is decreasing, and it is shorter lived.”

Margaret Wooldridge is a professor of mechanical engineering. She can discuss how vehicles, including electric vehicles, respond to extremely cold weather.

“If you have an electric vehicle, or a cell phone for that matter, you have likely noticed the effects of the cold on your battery charge,” she said. “The colder temperatures reduce the time to discharge the battery, thus reducing the range of electric vehicles on a single charge.

Anna Stefanopoulou is a professor of mechanical engineering and director of the U-M Energy Institute. She can discuss how vehicle batteries behave in extreme temperatures. In a recent paper, she and colleagues explored best practices for preparing to start a vehicle battery in sub-zero weather.

“Batteries are weak when they are cold. They are like humans,” she said. “At cold temperatures, it is important to have plenty of energy left so you can start. Don’t think that being near an outlet to charge will get you out of trouble.

“Our recent work shows that at low temperatures, you cannot charge, and it will be faster to discharge to warm up a bit the battery so your battery can safely accept the charging. So again, you need to leave plenty of charge to be able to start and go!”

This paper is titled “An Energy-Optimal Warm-Up Strategy for Li-Ion Batteries and Its Approximations.” It is published early access in IEEE Transactions on Control System Technology.

Andre Boehman is a professor of mechanical engineering and director of U-M’s W.E. Lay Automotive Laboratory. He can discuss why vehicles behave differently in cold temperatures.

“Engine coolant takes longer to heat up, which can mean that it takes longer for your vehicle’s heater to start warming your car. Fuel tanks or lines that are contaminated with water can result in fuel line icing that restricts flow to the engine,” Boehman said. “Diesel vehicles should be properly winterized. But when temperatures get extremely low, you run the risk of having the fuel form a wax, primarily from the ‘paraffin’ compounds in the fuel. This can clog your fuel filter and restrict flow to the engine.

“Because your lubricant needs to flow through many parts of the engine to allow the rotating and sliding metal components to slide more easily, cold lubricant may not flow as readily throughout the engine. This could lead to wear within the engine over a sufficient number of very cold starts, and is another reason to keep a block heater on your diesel engine.”

Robert Hampshire is an associate professor of public policy and a research associate at the U-M Transportation Research Institute. He can comment about how smart infrastructure responds in these cold temperatures.

Melvyn Rubenfire is a professor of internal medicine and the director of preventive cardiology.

“When the snow starts piling up, many people who grab their shovels and head for their driveways and sidewalks are putting themselves at risk for an adverse cardiac event,” he said in a blog post about how to avoid having a heart attack while shoveling snow. “The greatest population at risk: those who are recovering from a heart attack or being treated for heart failure. These groups should avoid snow shoveling entirely.”

Bradley Uren is an assistant professor of emergency medicine. He gives tips on how to stay safe in cold weather in this blog post.

“Working in an emergency department in the Midwest and growing up in the Upper Peninsula of Michigan, I know how dangerous cold weather can be,” Uren said. “Help protect the very young and older adults—and watch out for those medically frail or those with mental health challenges that may need extra help to protect themselves from the extreme cold.”