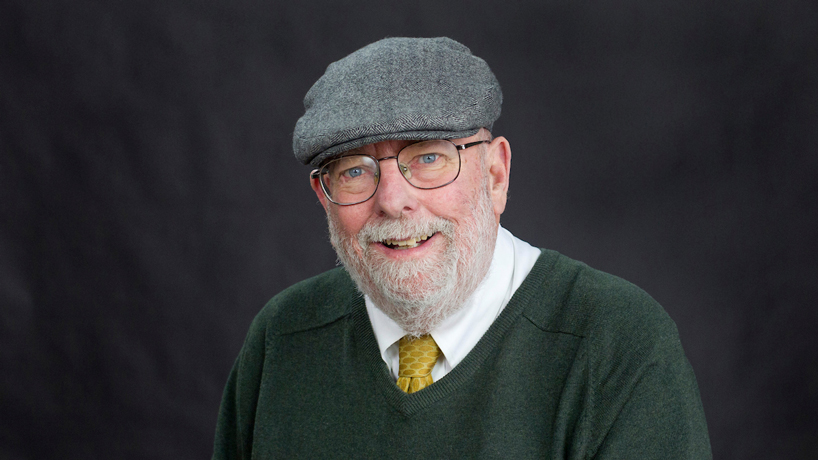 Professor Emeritus Terry Jones has been a sought-after source discussing a proposed merger of St. Louis city and county. (Photo by August Jennewein)

Terry Jones literally wrote the book about St. Louis’ divided government structure, publishing “Fragmented by Design” in 2000 to explain why the region ended up with so many government bodies.

So it’s no surprise that nearly 20 years later, the professor emeritus of political science at the University of Missouri–St. Louis has been a sought-after source to discuss the latest efforts to undo the Great Divorce that started it all in 1876. That was true even before nonprofit Better Together unveiled its plans on Monday morning.

Jones was part of a Jan. 2 roundtable discussion on The Charlie Brennan Show on KMOX Radio (1120 AM), when the proposal, backed by major political donor Rex Sinquefield, still existed as a rumor.

On Jan. 10, Jones joined “St. Louis on the Air” on St. Louis Public Radio | 90.7 KWMU to talk about the history of the split between St. Louis city and county and multiple attempts that have failed to reunite them since.

“Depending on how you count ‘attempt,’ (it’s) anywhere from five to 10,” he told host Don Marsh.

Jones noted that one of those efforts in the 1950s did lead to the establishment of the joint Metropolitan St. Louis Sewer District, but all the others, he said, were rejected at the polls.

On Saturday morning, Jones joined The Randy Tobler Show on KFTK (97.1 FM) to share his opinion on a proposed merger, which would include a combined police force for St. Louis city and county.

Jones was back on KFTK, appearing on The Marc Cox Show, a day after Better Together unveiled its plan.

He also spoke to the St. Louis Business Journal and weighed in on “Merger mania: 7 burning questions about St. Louis’ city-county consolidation” on Wednesday.

Jones told the Business Journal the record is mixed on whether mergers like the one being proposed spur growth. “There are anecdotal examples of where it helped — Indy redoing its downtown after the formation of Unigov — but there are arguments that it would’ve happened anyway,” he said.

Jones also told the Business Journal that this current push or reunification comes with a different focus than past proposals: “equity.”

“Equity has not been used as part of merger attempts over time, including in St. Louis,” Jones told the Business Journal. “The arguments have always been economic development, and secondarily, cost efficiency.”

It’s unclear how that shift will impact what comes of Better Together’s proposal.

Another UMSL faculty member, Richard Rosenfeld, Founders Professor of Criminology and Criminal Justice, talked to KSDK (Channel 5) about one certain outcome of a merger, should it happen. That is St. Louis would drop on lists of cities most impacted by crime because it would be spread over a larger population.

“There’s no question those crime statistics hurt us,” Rosenfeld told the television station, and added: “That’s what people hear about, that’s what they know when they decide to move here.”