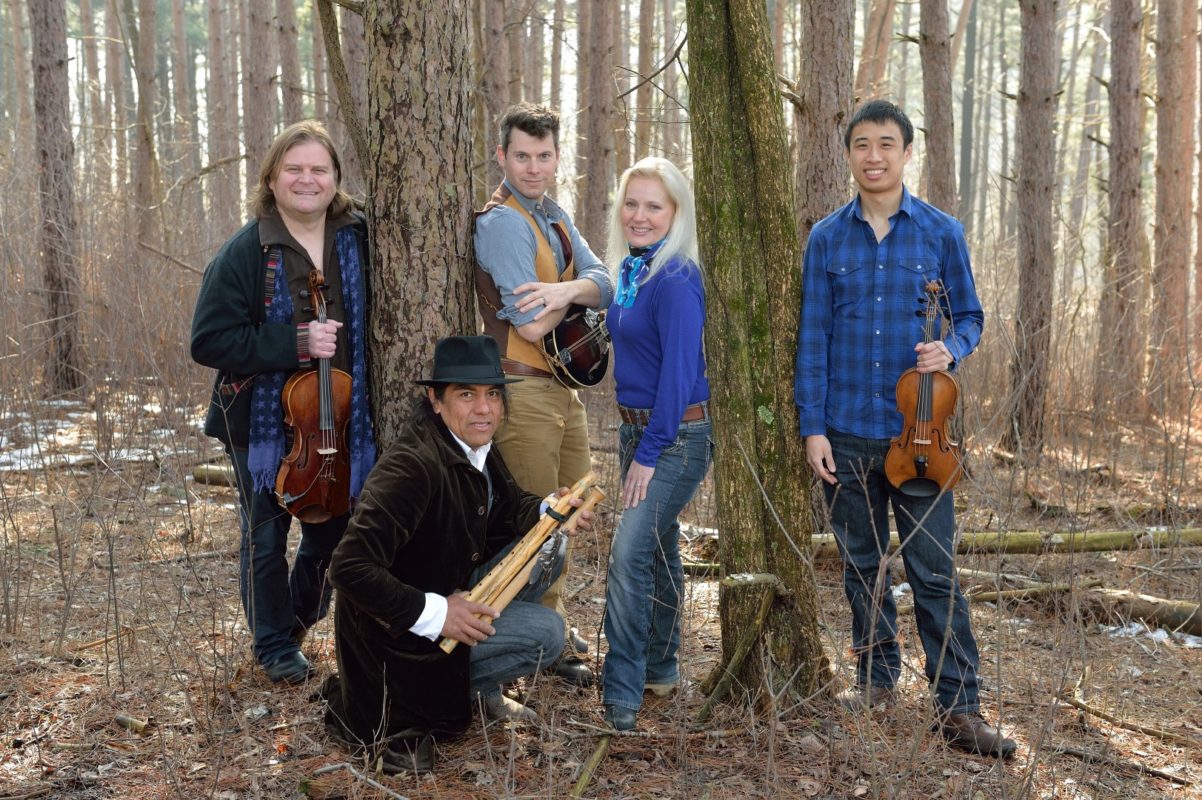 The string quartet ETHEL will perform alongside three-time Grammy Award winner Robert Mirabal this February as a part of the 2018-19 Campus Performing Arts Series at Missouri S&T.

The performance will be held at 7:30 p.m. Friday, Feb. 22, at Leach Theatre in Castleman Hall, located at the corner of 10th and Main streets in Rolla.

ETHEL with Robert Mirabal are building on a six-year collaboration inspired by ceremonies dedicated to the sun. This cross-cultural concert experience is titled “The River,” and the group use water’s essential role in life on earth as a source of inspiration. The performance will include contemporary music and narrative merged with rituals that evoke Native American traditions through musical artistry.

The performance is sponsored by Bob and Susan Hooper and is funded in part by the James and Vera Olson Fund for the Arts. For more information about the performance, contact the Leach Theatre Box Office at 573-341-4219 or at leachtheatre.mst.edu.