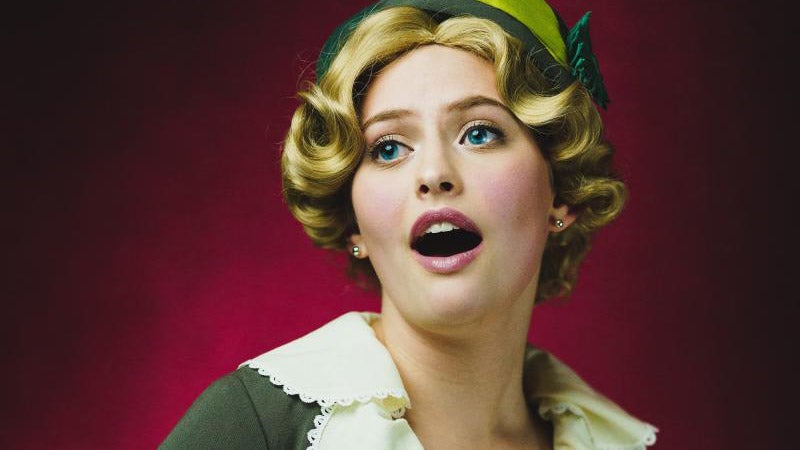 A 1965 musical focusing on a Great Depression-era tale of love and communism will begin a run at UC Davis later this month.

“Flora the Red Menace,” the first collaboration between the creators of “Cabaret” and “Chicago,” will be resurrected by the Department of Theatre and Dance. The musical by Tony Award-winners John Kander and Fred Ebb will be presented in the Wyatt Pavilion Theatre Feb. 28–March 9.

The musical is set in 1935 when the world faces an uncertain political and economic future. At the height of the Depression, the government-funded Federal Theatre Project gathers a group of performers to tell the story of optimistic Flora Meszaros, a newly graduated art student. She embarks on a career as a fashion illustrator in Manhattan and soon falls in love with Harry, a fellow artist. But her beloved turns out to be an idealistic communist. Is Flora herself a “red menace” or just that good old Broadway standby: a girl in love?

Read more and get tickets on the department’s website.

A bobcat burned in the Camp Fire and given a fish skin bandage by a UC Davis veterinarian has been released back into the wild.

The animal, one of several animals now given the tilapia-skin treatment by Jamie Peyton, chief of the Integrative Medicine Service at the UC Davis Veterinary Medical Teaching Hospital, was released Feb. 10 into an ecological preserve near Chico.

Pete Scully often draws scenes around campus during his lunch breaks from the Department of Statistics, where he works.

He’s been doing so since moving to Davis in 2005, and his work has been shown in the Design Museum on campus. Scully recently marked his 14th anniversary in town (and the United States, where he moved from England) by comparing a view of the Silo sketched 12 years apart.

”Below, the same view from the same spot on the same date February 6, but twelve years earlier (and Rock Hall was the Chemistry lecture hall back then),” he wrote on his blog. “Some things have changed. That grass is gone. The general view is not all that different though, unlike some of the recent sketches I’ve posted with more dramatic changes. Will I sketch this again on February 6th 2031?”

A couple days prior, he shared a progression of sketches of California Hall.