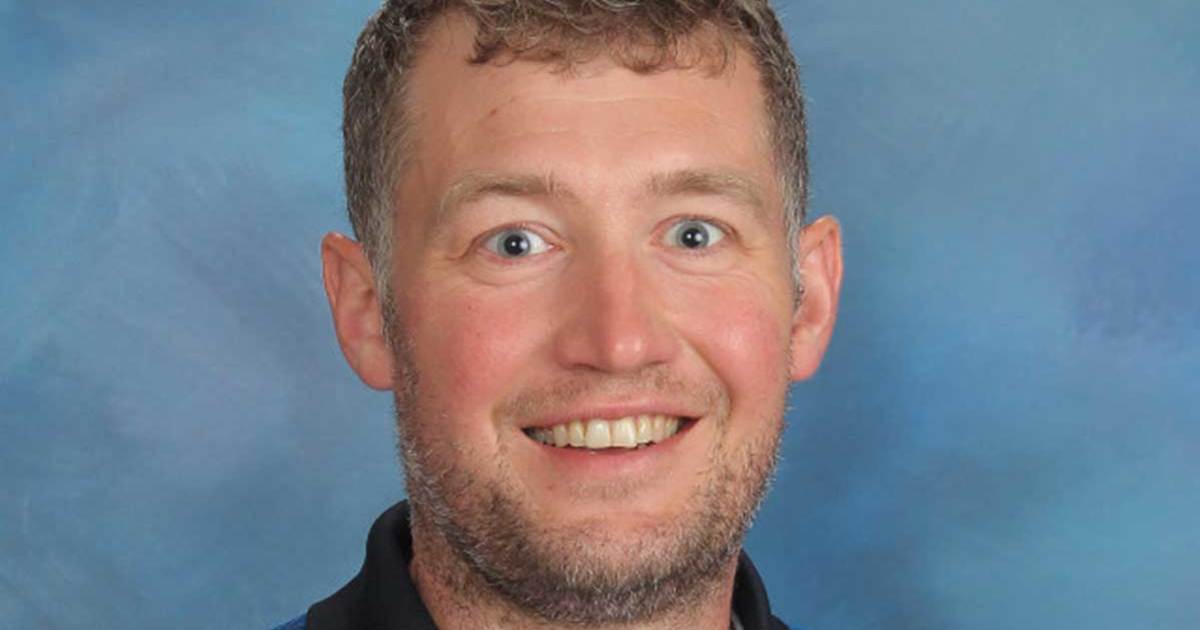 Jonathan Arndt, a math teacher at Argos Junior/Senior High School, has been named the 2019 AP Teacher of the Year for the College Board’s 13-state Midwestern region.

Arndt teaches AP Calculus AB, algebra, precalculus and eighth-grade math, in addition to overseeing a math lab. He is a member of the University of Notre Dame’s Indiana Advanced Placement Teacher Investment Program (AP-TIP IN), which prepares Indiana students for college by increasing enrollment in AP math, science and English courses and providing student support and teacher training to boost students’ success.

“It’s truly an honor to be named teacher of the year,” Arndt said. “I want to thank AP-TIP IN, which gave me the skills and confidence to improve my teaching, and I want to thank my students. They’re the reason I won this award.”

“Jonathan is dedicated to the Argos community and his colleagues, and he is passionately supportive of his students,” said Karen Morris, the program director of AP-TIP IN. “Working at a small school can be a challenge for any AP teacher. Jonathan stands out because his effort has impacted a significant number of students at a small school.”

Argos is a small school about 30 miles south of South Bend that serves about 220 students. When Arndt first taught AP Calculus AB in 2015-16, just a handful of Argos students enrolled and earned qualifying scores — defined as scoring a three or above on the end-of-year AP exam.

Arndt joined AP-TIP IN in 2016-17 and participated in more than 50 hours of professional development workshops and curriculum. AP-TIP IN primarily focuses on teacher development and providing support and resources such as a fall conference, a mock exam reading, regional teacher meetings and an AP Summer Institute.

“Jonathan is the most professional teacher I’ve worked with,” said Argos Principal Nick Medich. “Every student who takes his AP course expects to pass it. He’s established a culture where they expect to do well and pass the AP exam.”

“Jonathan has an intimate knowledge of his students as learners, and this helps him identify their needs and elevate their success,” Morris said. “His students recognize this — they describe him as always willing to help and be positive.”

Arndt was selected by a College Board committee that included representatives from Illinois, Indiana, Iowa, Kansas, Michigan, Minnesota, Missouri, Nebraska, North Dakota, Ohio, South Dakota, West Virginia and Wisconsin. He is the first AP-TIP IN participant to be named a regional AP teacher of the year.