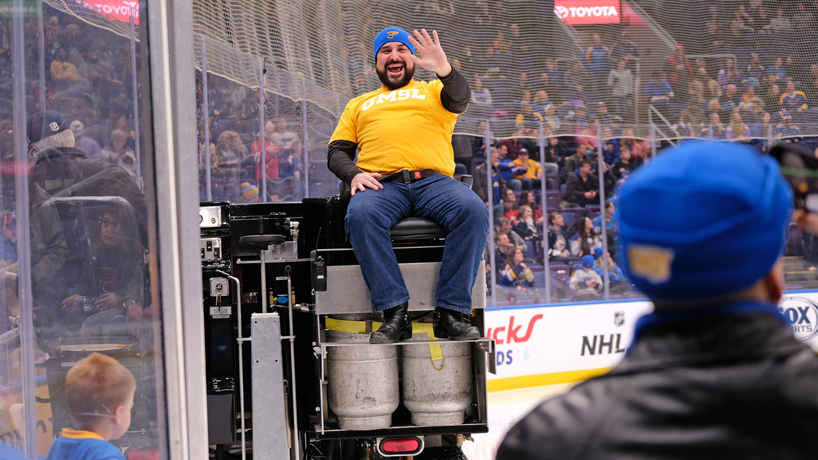 Information systems senior Miguel Delgado hitches a ride on the back of the Zamboni during the second annual UMSL Night with the St. Louis Blues event Feb. 12 at the Enterprise Center. Around 240 UMSL students, alumni faculty and staff took in an 8-3 Blues victory over the New Jersey Devils. (Photos by August Jennewein)

The St. Louis Blues are one of the hottest teams in the National Hockey League and current owners of an 11-game win streak, the longest in franchise history.

The University of Missouri–St. Louis community got to take in the seventh of those historic 11 wins, an 8-3 drubbing of the New Jersey Devils, in person as part of the second annual UMSL Night with the St. Louis Blues on Feb. 12 at the Enterprise Center.

UMSL sold out its allotment of 240 tickets to students, alumni, faculty and staff, who scored tickets to the event through New Student Programs. Price of  admission included a  UMSL/Blues-themed winter beanie. The game served as a Weeks of Welcome Adventure during Triton Spring Launch programming at the beginning of the new semester. 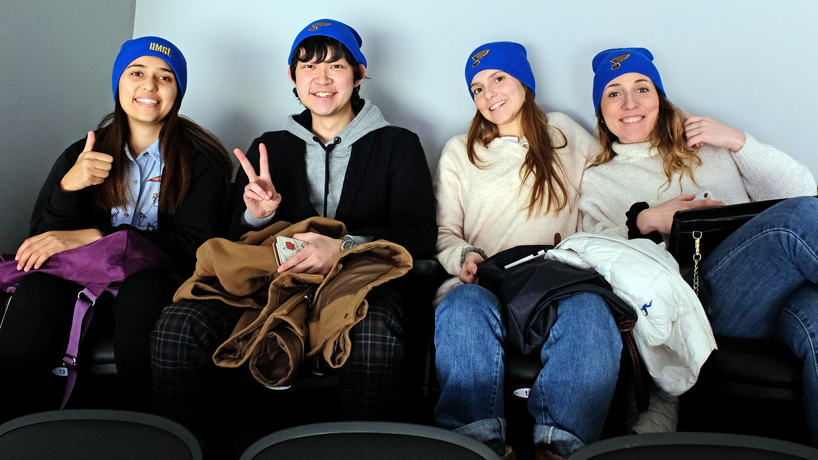 UMSL students including Shehla Tahir (left) and Mireia Pellicer Agud (right) got situated in their seats before the game. 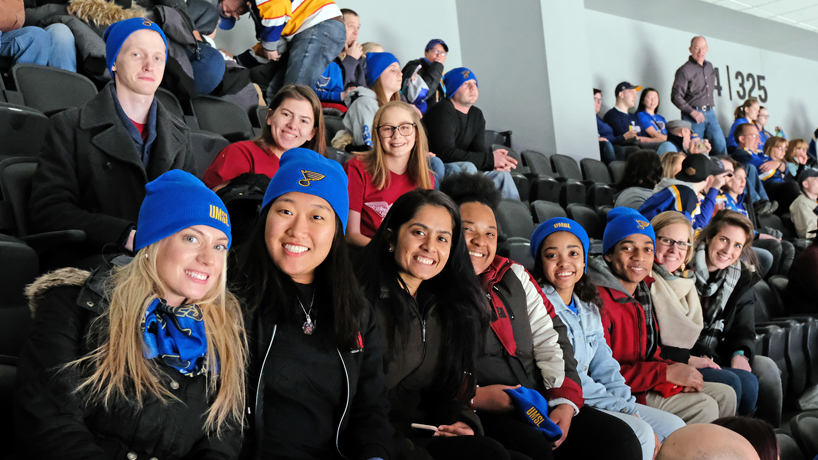 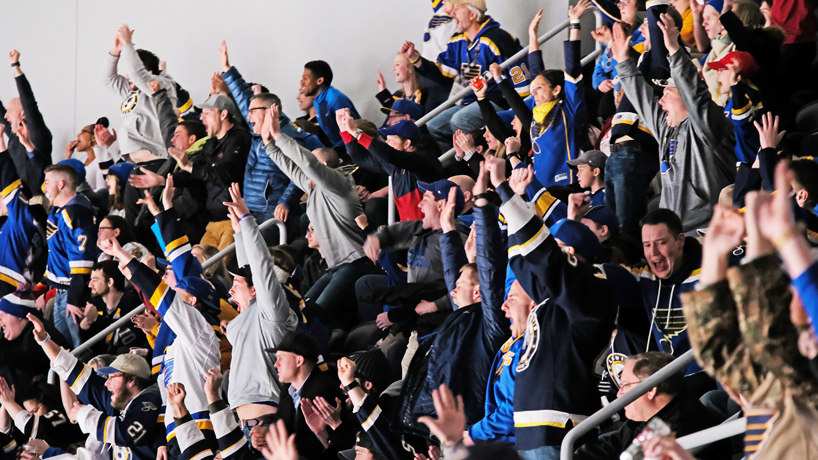 The crowd erupts after one of the home team’s eight goals on the evening. The UMSL contingent in attendance sat in sections 323, 324, 325 and 331. 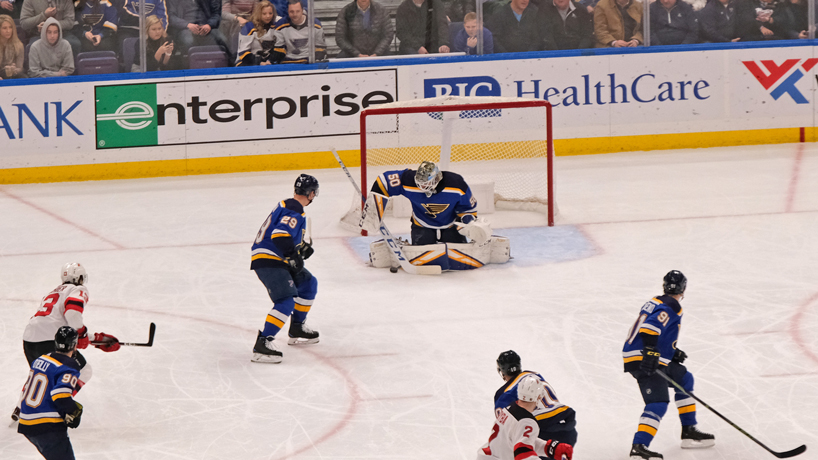 Blues goalie Jordan Binnington stops a shot from Devils center Nico Hischier, one of Binnington’s 20 saves on the night. 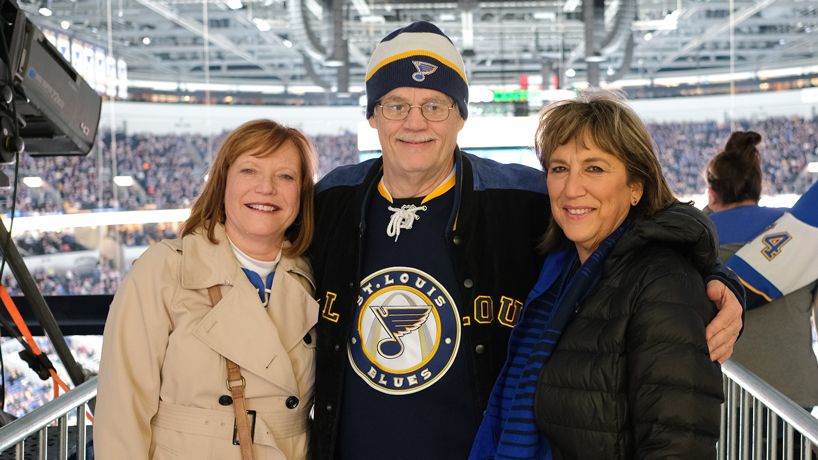 UMSL alumni such as Theresa Stamer Juenger (right) took the game as an opportunity to connect with friends. 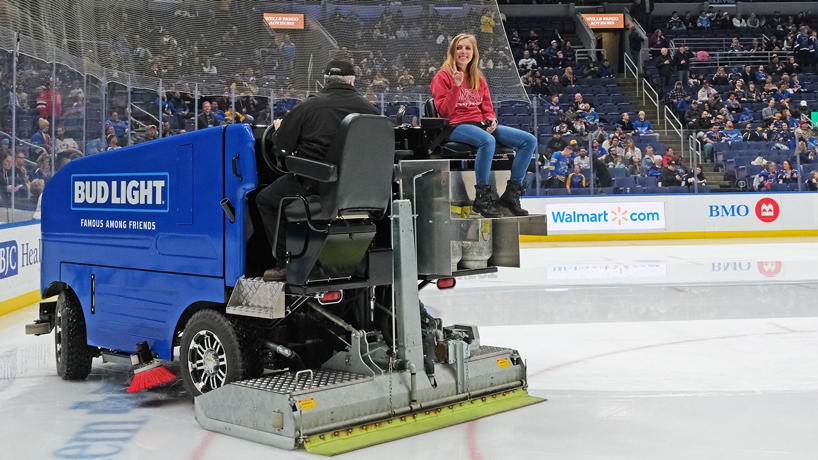 UMSL psychology alumna Sydney Harris was selected for a Zamboni ride between periods, one of the two rides offered to lucky UMSL attendees as part of their Blues game day experience. 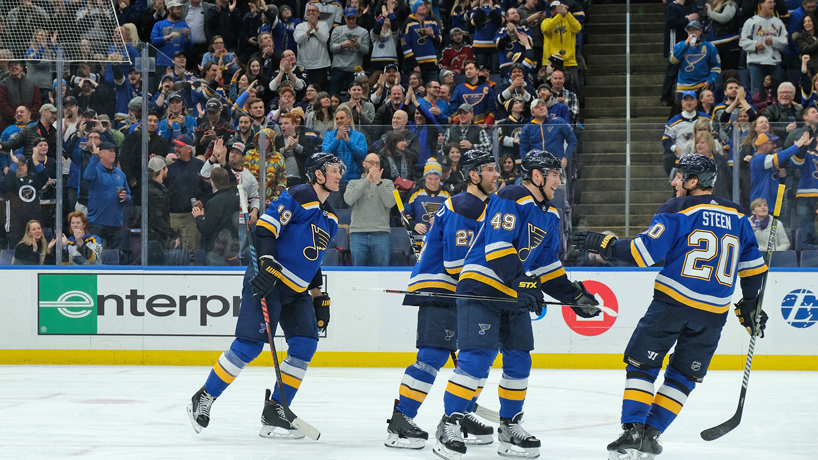 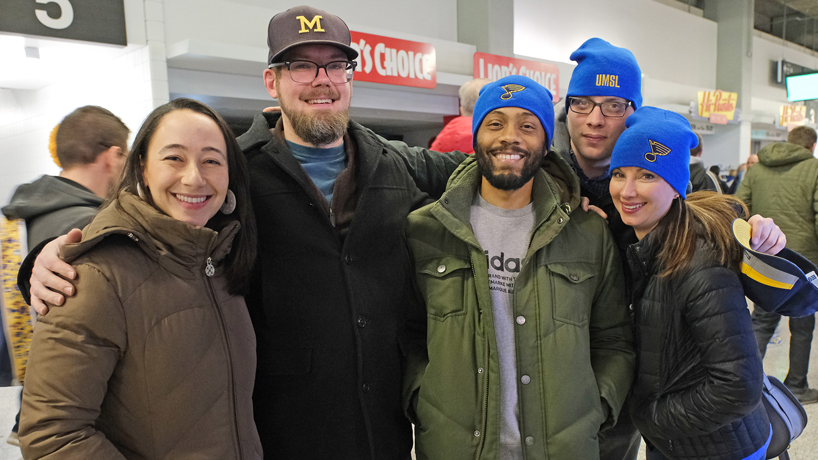 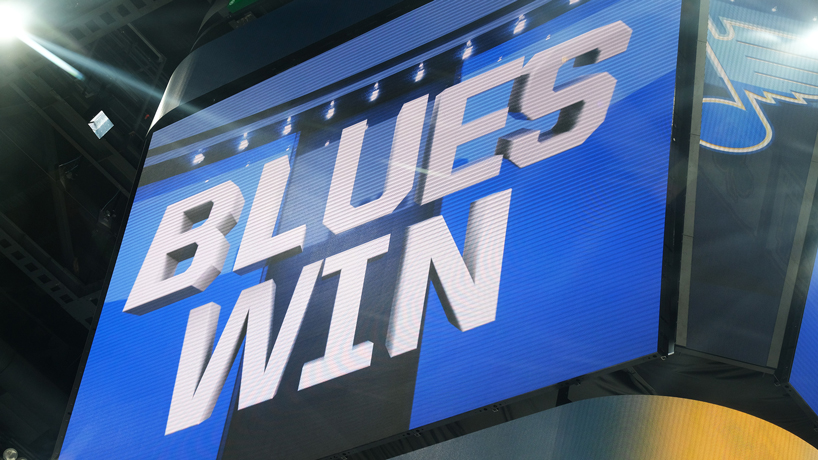 The scoreboard says it all.