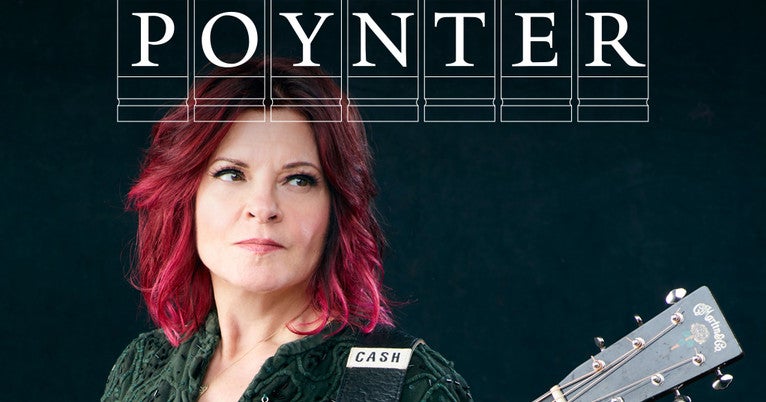 Rosanne Cash: ‘Heart and Brain in Equal Parts: A Conversation about Writing and the Creative Process’

Grammy Award-winning singer and songwriter Rosanne Cash will discuss her creative process at a tea on Tuesday, Feb. 26 during her visit to campus as a Poynter Fellow. Her talk, titled “Heart and Brain in Equal Parts: A Conversation about Writing and the Creative Process,” will take place at 4:30 p.m. in the Morse College House, 99 Tower Pkwy. The event is free and open to the public.

That same day, Cash will be honored with the International Festival of Arts & Ideas’ annual Visionary Leadership Award, which recognizes a leader “whose trailblazing work is impacting the world.”

Cash, the daughter of singer Johnny Cash and Vivian Liberto Cash Distin, has released 15 albums of songs and won four Grammy Awards and 11 Grammy nominations. She has actively advocated against gun violence and is a longtime board member of PAX and the Brady Campaign to Prevent Gun Violence. She is also a board member of the Content Creators Coalition, a membership-based, artist-run nonprofit advocacy group representing creators in the digital landscape. In 2014, she represented artists in testimony before Congress on the issue of intellectual property rights.

Cash is the author of four books, including her critically acclaimed memoir, “Composed.” Her essays have appeared in The New York Times, the Nation, and Rolling Stone, among other publications.

A recipient the SAG/AFTRA Lifetime Achievement Award for Sound Recordings in 2012, Cash received the 2014 Smithsonian Ingenuity Award in the Performing Arts. She was chosen as a Perspective Series Artist at Carnegie Hall and hosted four concerts during the venue’s 2015-16 season. In 2015, she was inducted into the Nashville Songwriters’ Hall of Fame. In 2018, she was the recipient of the “Spirit of Americana” Free Speech Award presented by the Americana Music Association in partnership with the First Amendment Center. Her latest album, “She Remembers Everything,” was released in 2018.

The Poynter Fellowship in Journalism was established by Nelson Poynter, who received his master’s degree in 1927 from Yale. The fellowship brings to campus distinguished reporters, editors and others who have made important contributions to the media. Among recent Poynter fellows are Ravish Kumar, Jack Ewing and Coral Davenport.