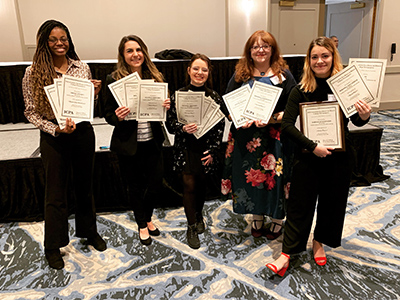 “Earning awards in this broad range of categories is a testament to the overall excellence of The Alestle staff,” said Alestle Program Director Tammy Merrett.

The Alestle competed with 33 Illinois colleges and universities in 15 open categories. Additionally, the publication competed in 18 categories against 10 non-daily student newspapers on campuses with more than 4,000 students, including Columbia College in Chicago, Loyola University of Chicago, University of Illinois Springfield, DePaul University and others.

Almost 1,200 entries in the competition were judged for excellence by working journalists across the country.