MusicUnitesUS presents: The Notion of Melody 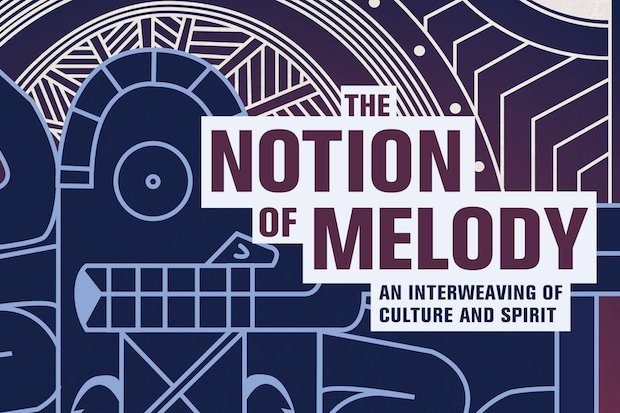 The MusicUnitesUS residency runs from March 25 to March 30. A concert will be held March 30 at 8 p.m. with a pre-concert talk at 7 p.m. in Slosberg Recital Hall. Tickets can be purchased online or by calling (781) 736-3400. This article originally appeared in the spring 2019 issue of State of the Arts.

The spring 2019 MusicUnitesUS residency brings together an extraordinary gathering of musicians and composers from New Zealand, Australia, and the United States. Explorations of musical traditions and their contemporary expressions will catalyze a musical narrative that honors the creativity and artistry of indigenous (first) people from around the world.

Collaboration is the powerful core of the residency. In a typical Western-style program, composers would turn over a score to musicians to interpret. MusicUnitesUS director Judith Eissenberg proposes that this gathering of artists could be more of an equitable conversation.

To that conversation, add the the guest artists’ indigenous languages. “The Chickasaw language is really friendly to singers,” Chickasaw composer Jerod Impichchaachaaha’ Tate says. “The sound is probably somewhere between Latin and an Eastern bloc language, a combination of guttural and lyrical sounds.”

Eissenberg adds: “How will a Chickasaw song fit with a Maori melody? How will the violin and cello sound with the putorino or koauau maire? These musical questions and explorations mirror the larger challenges in the 21st century as we come face to face with our neighbors.”

During the residency week, the artists will visit classes in music, anthropology, comparative literature, and Native American legal studies. Members of the public are welcome to join these explorations of music, history, and culture.

The Notion of Melody is a participant in the International Year of Indigenous languages (IY2019), a UNESCO initiative.

About the artists and musicians:

Jerod Impichchaachaaha’ Tate was born in Norman, Oklahoma and is a citizen of the Chickasaw Nation. He has received numerous commissions and his works have been performed by the National Symphony Orchestra, Detroit Symphony Orchestra, Minnesota Orchestra and Santa Fe Chamber Music Festival, among others. In 2008 he was appointed Cultural Ambassador for the State of Oklahoma.

Horomona Horo of New Zealand fuses the traditional sounds, techniques and practices of taonga puoro (singing treasures) within a diverse range of cultural and musical forms. As a composer and collaborator, Horo has represented New Zealand in Europe, Australia, Asia and South America. The Maori cultural magazine Mana has described him as the “master of his generation.”

Pianist and composer Ian Munro is one of Australia’s most distinguished musicians and is the first and only Australian to win the Grand Prix at the Queen Elisabeth Music Competition for composers in Belgium. His works have been frequently heard all over Australia, with broadcasts on the ABC and BBC, and his career has taken him to over 30 countries in Europe, Asia, North America and Australasia.

Wilma Smith, violin, is artistic director and violinist of Wilma & Friends, a chamber music series based in Melbourne, Australia. She is founding first violinist of the Lydian String Quartet at Brandeis.

For over two decades Rhonda Rider, cello, was a member of the Lydian String Quartet. She performs and teaches at festivals including Green Mountain Chamber Music Festival, Tanglewood and the Asian Youth Orchestra (Hong Kong) and has been an artist in residence at the Grand Canyon and Petrified Forest National Parks.

Judith Eissenberg, violin, is second violinist and a founding member of the Lydian String Quartet and has been a professor of the practice at Brandeis since 1980. She is the founder and director of MusicUnitesUS and is head of chamber music at Boston Conservatory at Berklee. Among Eissenberg’s many international prizes is the Naumburg Award for Excellence in Chamber Music.

Dancer/choreographer Ruthe Margaret “Maggie” Boyett (Shawnee-Kiowa) is director of alumni engagement at Oklahoma Arts Institute at Quartz Mountain (Oklahoma City). She has a degree in modern dance performance from the University of Oklahoma.