Santiago Montoya Palacios ’19 wants to know: ‘Will this help make a positive change in the world?’ 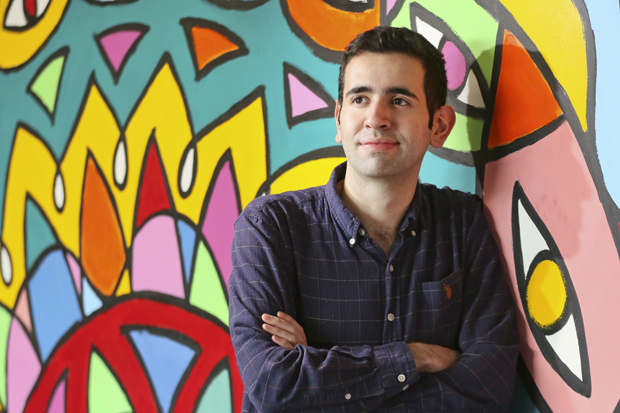 Santiago Montoya Palacios ’19 has tried many different areas of study and career paths through experiences at Brandeis. To name a few: He’s gone to the Hague for an internship at the International Criminal Court; he’s participated in clubs like the Brandeis Immigration Education Initiative; and he’s worked the Sillerman Center for the Advancement of Philanthropy.

During all these experiences, he has had one central question in mind.

“I always ask myself, ‘Will this help make a positive change in the world?'” he said. “I feel that’s a core ingredient in any Brandeisian. This is place full of overachievers, in a good way. Everyone is passionate about social justice and so ambitious.”

These days he’s most interested in journalism, thanks to writing for both student newspapers on campus and his work as a translator for an investigative journalism project in Costa Rica that examined fraud in the organic fruit industry.

Montoya, a double-major in sociology and Hispanic studies with a minor in social justice and social policy, took some time to answer questions with BrandeisNOW.

What was the journey that brought you to Brandeis?

When I started thinking about colleges, I knew I wanted to go to a smaller school. I had actually thought Brandeis was way bigger than it was, because so much research happens here. My parents encouraged me to look at it more closely and I discovered that it’s a lot smaller than I had thought, but there are still opportunities to take in an interdisciplinary approach and dig deeper into subjects. And then I visited and I loved it.

When did you know you made the right choice by coming to Brandeis?

When I found my core group of friends. They are like my second family. We’ve lived together for the last two years and have formed such a strong bond. Our relationship has been based on honesty and learning from each other. I met one of them through my roommate, and then one thing led to another. It was like a chain reaction, all of us coming together.

Is there a professor that has had a particularly profound impact on you?

Professor Fernando Rosenberg in Hispanic studies. He made me dig further into my roots. My family moved from Colombia to New York City when I was young. Growing up in New York, I didn’t really know a lot about the history of Latin America. Professor Rosenberg has made me more aware of where the continent stands, and how the problems in the region come back to colonization. He especially taught me, using Latin America as a case, how different forms of art can intersect with social justice and have an effect.

What has been your favorite class?

The Sociology of Empowerment with Professor Gordon Fellman. It’s so unconventional, and it’s challenging in a very different way. It’s a small class, ours had eight people. You have to look into your own feelings and thoughts, and it challenges you to find the inner activist in you, to have a cause, to educate others and try to make a change.