Thousands of people flooded the streets of South Boston to watch the annual St. Patrick’s Day Parade on Sunday. 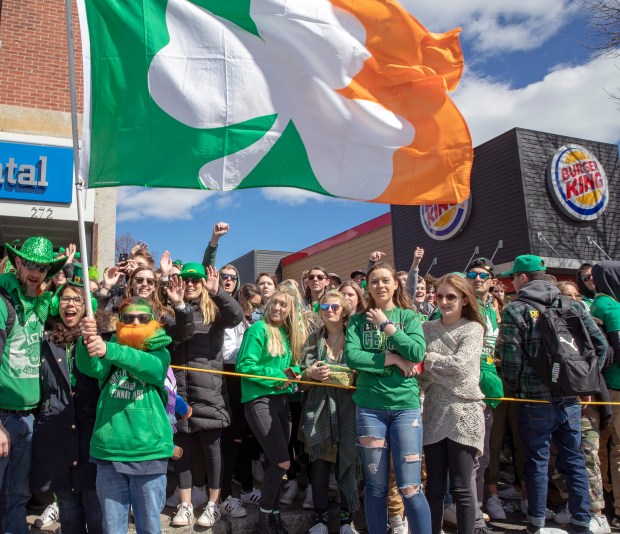 Attendees had the chance to not only see marching bands and bagpipe players, but also UFC champion Conor McGregor, who threw hats into the crowd.

The MMA fighter ended up being a big hit with the Boston crowd. 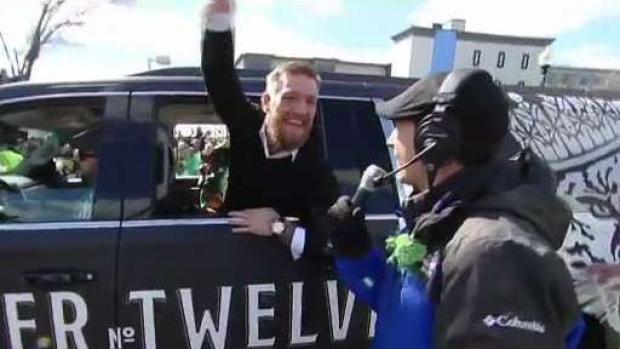 “I screamed and actually melted,” one girl said. “I’m still in shock from it. I love him.”

Another was equally excited, saying the best part of the parade was seeing McGregor go by.

Others entertained the crowd, too, though, and politicians figured heavily in Sunday’s parade, including Republican Gov. Charlie Baker and Democratic Boston Mayor Martin Walsh.

Some of the politicians, like Sen. Nick Collins, Walsh and Baker, stopped by the necn booth to chat with hosts Matt Noyes and Latoyia Edwards. 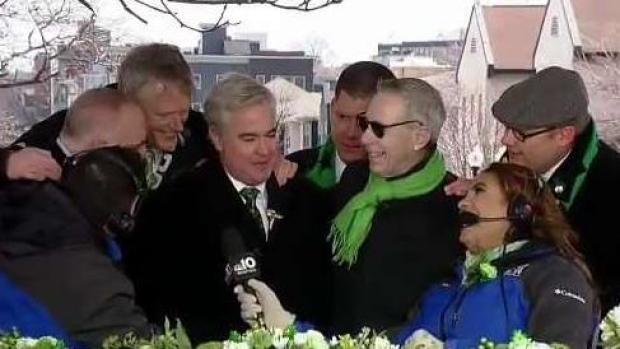 Baker said he was thankful that there was no snow on the ground. Last year, the parade route was cut short due to a nor’easter.

Some of the parade highlights included dozens of firefighters who traveled all the way from Galway, Ireland, to celebrate the festivities, giant Clydesdale horses, and dozens of bands like the U.S. Marine Corp Marching Band. 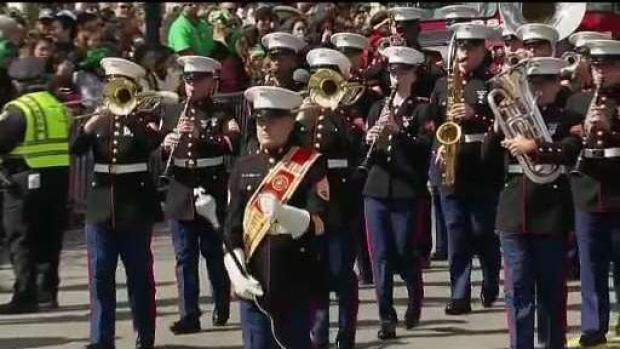 Additionally, the Toxic Majorette Dancers from Brandeis University and the Area 51 Majorette Dance Team wowed the crowd with their impressive dance skills. 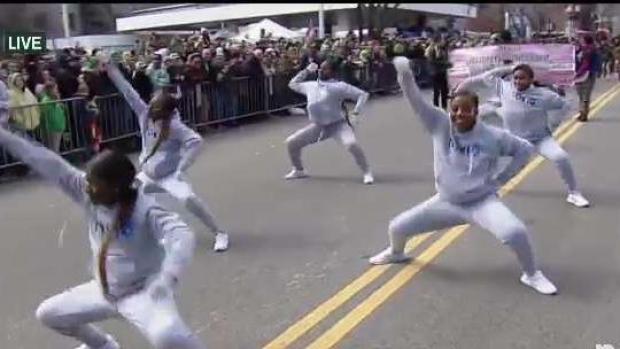 Boston police say they made three arrests during the parade, with charges ranging from disorderly conduct to a minor in possession of alcohol.

Earlier in the day, Sen. Collins hosted the 2019 St. Patrick’s Day Breakfast at the Flynn Cruiseport on South Boston’s waterfront.

Some memorable moments from the breakfast included a “Hamilton” inspired song and dance number and a special video message from former Vice President Joe Biden. 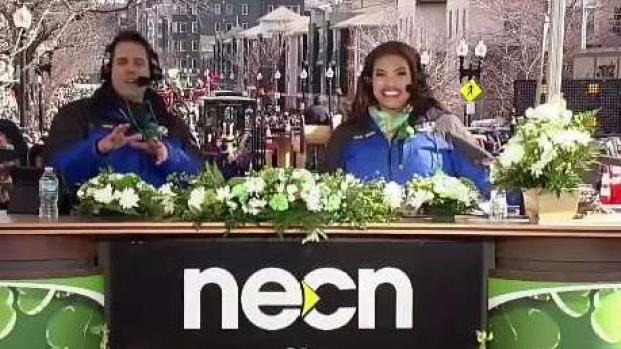