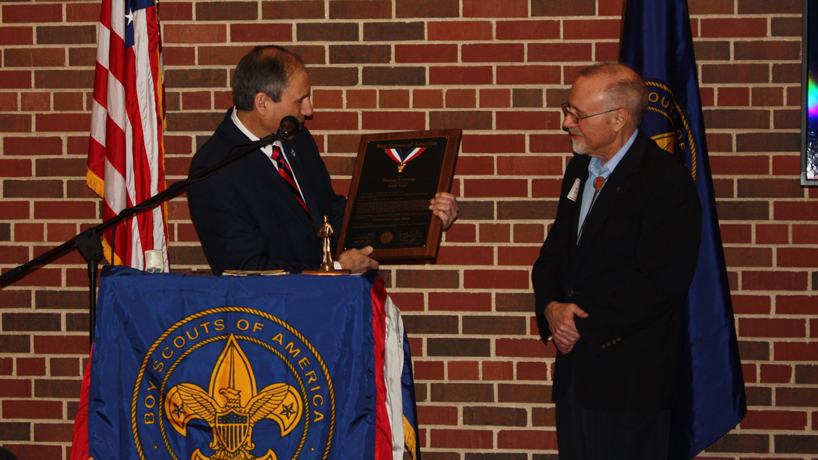 The presentation occurred before a dinner gathering of the Greater St. Louis Area Scouting Heritage Society with attendees sticking around for the Music City Hit-makers show in the Anheuser-Busch Performance Hall.

Since its inception, the Distinguished Eagle Scout Award has been presented nationally to fewer than one in 1,000 of those who have attained the rank of Eagle Scout.