For the first time, one of the top prizes in mathematics has been given to a woman.

On Tuesday, the Norwegian Academy of Science and Letters announced it has awarded this year’s Abel Prize — an award modeled on the Nobel Prizes — to Karen Uhlenbeck, an emeritus professor at the University of Texas at Austin. The award cites “the fundamental impact of her work on analysis, geometry and mathematical physics.”

One of Dr. Uhlenbeck’s advances in essence described the complex shapes of soap films not in a bubble bath but in abstract, high-dimensional curved spaces. In later work, she helped put a rigorous mathematical underpinning to techniques widely used by physicists in quantum field theory to describe fundamental interactions between particles and forces.

In the process, she helped pioneer a field known as geometric analysis, and she developed techniques now commonly used by many mathematicians.

“She did things nobody thought about doing,” said Sun-Yung Alice Chang, a mathematician at Princeton University who served on the five-member prize committee, “and after she did, she laid the foundations of a branch of mathematics.”

Dr. Uhlenbeck, who lives in Princeton, N.J., learned that she won the prize on Sunday morning.

“When I came out of church, I noticed that I had a text message from Alice Chang that said, Would I please accept a call from Norway?” Dr. Uhlenbeck said. “When I got home, I called Norway back and they told me.”

Dr. Uhlenbeck, 76, a visiting associate at the Institute for Advanced Study in Princeton, said she had not decided what to do with the $700,000 that accompanies the honor.

There is no Nobel Prize in mathematics, and for decades, the most prestigious awards in math were the Fields Medals, awarded in small batches every four years to the most accomplished mathematicians who are 40 or younger. Maryam Mirzakhani, in 2014, is the only woman to receive a Fields Medal.

The Abel, named after the Norwegian mathematician Niels Hendrik Abel, is set up more like the Nobels. Since 2003, it has been given out annually to highlight important advances in mathematics. The previous 19 laureates — in three years, the prize was split between two mathematicians — were men, including Andrew J. Wiles, who proved Fermat’s last theorem and is now at the University of Oxford; Peter D. Lax of New York University; and John F. Nash Jr., whose life was portrayed in the movie “A Beautiful Mind.”

‘She did things nobody thought about doing.’

A mathematician at Princeton University

In her early work, Dr. Uhlenbeck essentially figured out the shape of soap films in higher-dimensional curved spaces. This is an example of what mathematicians call optimization problems, which are often very difficult and can have zero solutions, one solution or many solutions.

“You can ask a question of when you have a soap bubble in this n-dimensional space,” she said. “You don’t know ahead of time what the shapes of those minimal soap bubbles are going to be.”

The universe is often lazy, looking for solutions that take the least amount of energy.

In a flat plane, an example of an optimization problem can be stated trivially: The shortest distance between two points is a straight line. Even on a curved surface, like Earth, the question has an easy answer — an arc known as a great circle.

With soap films and bubbles — two-dimensional surfaces in a three-dimensional space — the problem starts to get more complicated.

To minimize the forces of surface tension, a bubble forms in the shape with the least amount of area to wrap around a given volume — a sphere. When two or more bubbles touch each other or when a soap film forms inside of a twisted metal loop, the shapes become more complicated but still contort to take up the smallest amount of area.

In yet higher dimensions, “The theory becomes dramatically harder, and standard techniques just don’t work,” said Dan Knopf, who worked with Dr. Uhlenbeck at the University of Texas.

Dr. Uhlenbeck showed that the problem was not unsolvable everywhere, although at a finite number of points, the calculations would not converge. Thus, one could get a handle on the answer by handling those troublesome points separately.

“Karen developed some revolutionary techniques,” Dr. Knopf said. “And roughly speaking, she found solutions of an approximate problem and then tried to take limits of these approximate solutions to get actual solutions.”

Dr. Uhlenbeck later worked on what are called gauge theories, used by physicists in quantum field theory to describe interactions of subatomic particles. A gauge theory basically says that how the particles behave should not change depending on how you look at it. That is, the laws of physics should not change if the experiment is moved to the left or rotated.

But the answers sometimes seemed to blow up to infinity. She was able to recast the problem in a way that removed the infinities.

Dr. Uhlenbeck began publishing her major papers in her late 30s. In principle, that would have been early enough that she could have been recognized with a Fields Medal, but her ideas took time to spread.

In 1990, she became the second woman to give one of the highlighted plenary talks at the International Congress of Mathematicians, a quadrennial meeting. At each congress, there are 10 to 20 plenary talks, but for decades, all of the speakers had been men. (Emmy Noether, a prominent German mathematician, was the first woman to give a plenary talk, in 1932.)

“That was almost more unnerving” than being the first woman to receive an Abel, Dr. Uhlenbeck said.

Dr. Uhlenbeck said she recognized that she was a role model for women who followed her in mathematics.

“Looking back now I realize that I was very lucky,” she said. “I was in the forefront of a generation of women who actually could get real jobs in academia.”

But she also noted: “I certainly very much felt I was a woman throughout my career. That is, I never felt like one of the guys.”

To find an influential woman, she looked to television.

“Like many people in my generation,” Dr. Uhlenbeck said, “my role model was Julia Child.”

Earlier reporting on mathematicians
With Snowflakes and Unicorns, Marina Ratner and Maryam Mirzakhani Explored a Universe in Motion 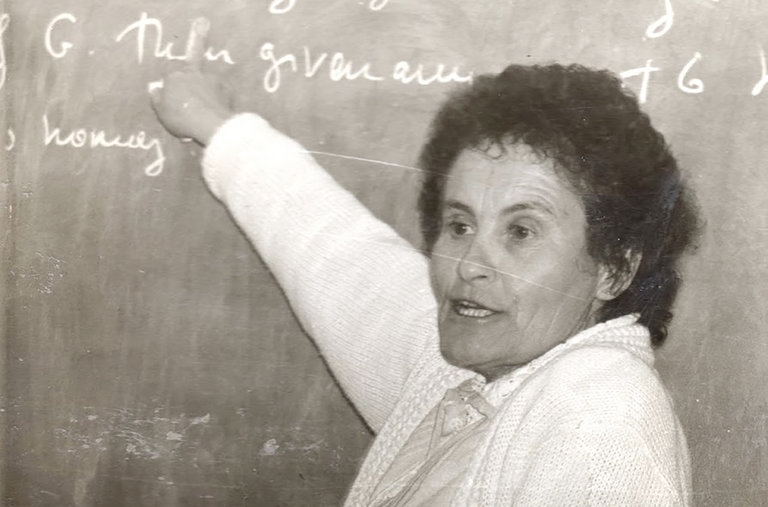 Maryam Mirzakhani, Only Woman to Win a Fields Medal, Dies at 40 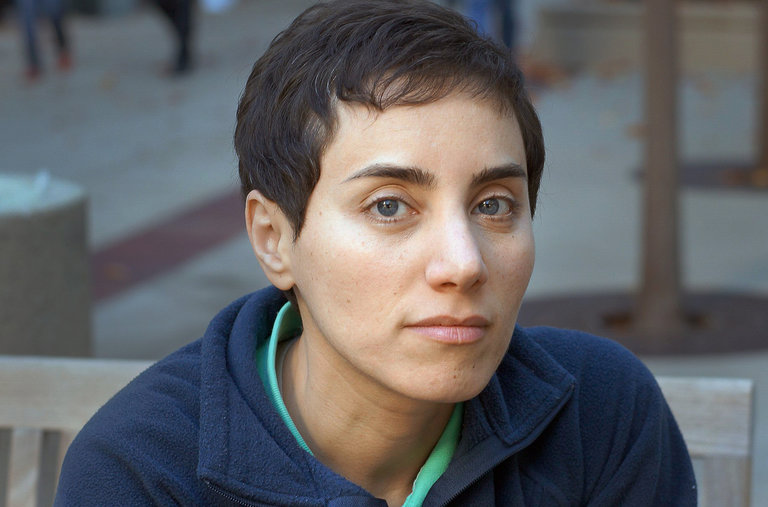 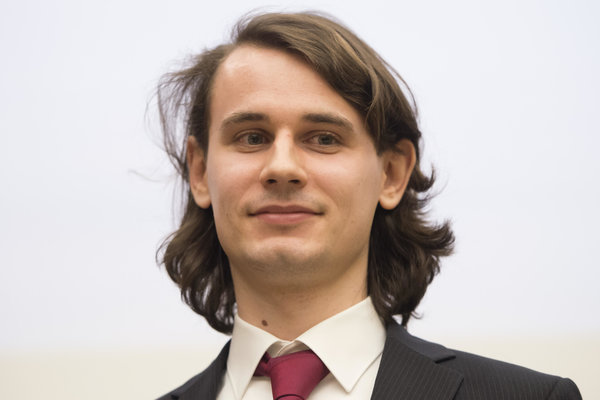 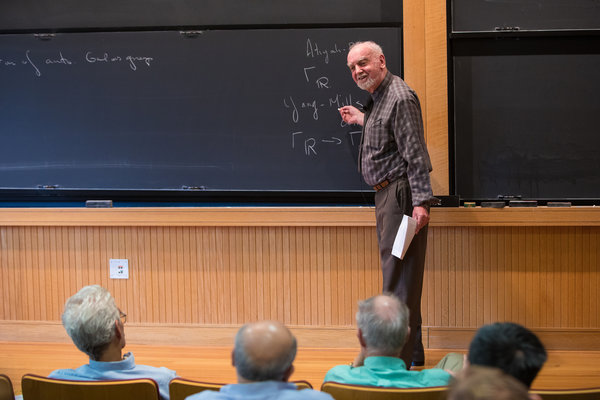