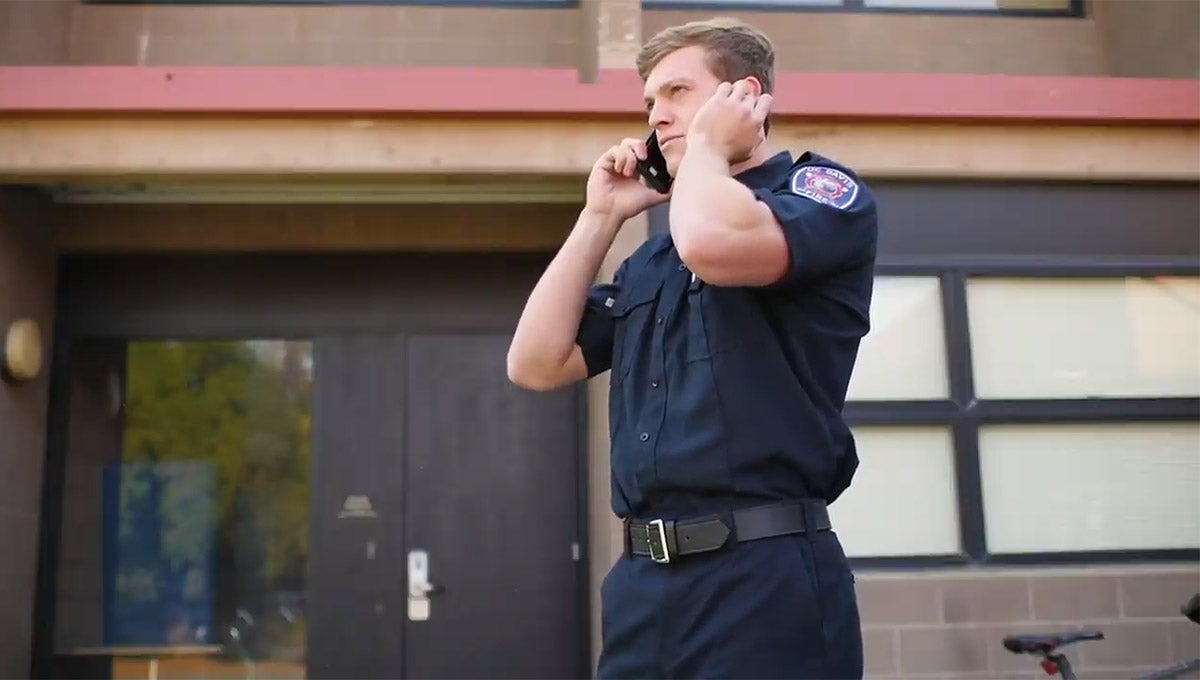 When a call comes in to the UC Davis Fire Department, help is only a couple minutes away — and sometimes some of the first responders are students.

At any given time, the department has 15 student firefighters, who live at the station and get firsthand experience going on calls, train with other staff, and, after two years, earn certifications that prepare them to enter the work force.

Learn more about what it’s like to be a student firefighter in the above video, the latest installment in the #UCDavisLife series on the UC Davis YouTube channel, or in this 2018 article.

When researchers announced the identification of a novel virus in captive red pandas in the journal Veterinary Pathology last year, the discovery raised more questions than it answered. Does this virus pose a health risk to affected pandas? Is it widespread among captive populations? Where did the virus originate and how might it impact the breeding management of this endangered species?

Those are the questions now being addressed by Charlie Alex, a research pathologist in Patty Pesavento’s virology lab. Pesavento is a pathologist and viral disease expert with a penchant and strong track record for discovering novel viruses. For the past several months, Alex and Ken Jackson (a molecular biologist in the lab) have been analyzing fecal samples brought to UC Davis from pandas in zoological institutions across North America. To date, the lab has tested about 100 individuals from about 35 different zoos; approximately 30 percent have tested positive. It remains unclear what kind of health risk this virus poses to those affected.

The first example of this new virus was uncovered during a routine necropsy of a geriatric red panda from the Sacramento Zoo conducted at the UC Davis School of Veterinary Medicine in 2015. For more than 30 years, the zoo has relied on a collaboration with the school to assist with the healthcare of their animals.

Read more on the School of Veterinary Medicine website.