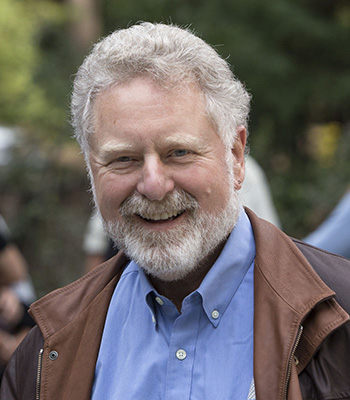 Daniel Costa, distinguished professor of ecology and evolutionary biology, has been appointed to serve as the next director of the Institute of Marine Sciences (IMS), beginning in July 2019.

Costa is an internationally recognized expert on the physiology, ecology, and behavior of marine mammals, with work founded on a deep understanding of oceanography and Earth history. He has been a pioneer in the development and use of electronic tags to track the movements and behavior of marine mammals and to gather oceanographic data. He has also served in leadership positions at the campus, national, and international level.

After earning a B.A. in zoology at UCLA and his Ph.D. in biology at UC Santa Cruz, Costa was a postdoctoral scholar at Scripps Institution of Oceanography before returning to UC Santa Cruz as an IMS research biologist in 1983. He was appointed to the faculty as an associate professor in 1991.

“Given his history, Dan has a profound knowledge of the key role that IMS plays in fostering and amplifying interdisciplinary marine and coastal research at UC Santa Cruz,” said Paul Koch, dean of physical and biological sciences, in a message announcing the appointment.

Costa said he wants to continue developing the collaborative atmosphere that has long been a strength of the IMS.

“The IMS brings together the marine science expertise we have across departments and creates tremendous opportunities to share and collaborate,” he said. “My career really developed within the IMS, so it’s a great honor for me to continue the legacy built by people like Bill Doyle and Gary Griggs and Pete Raimondi.”

Costa will take the helm from Raimondi, professor of ecology and evolutionary biology, who served as interim director of the IMS from 2017 to 2019. Koch noted that Raimondi, having served as department chair for over a decade, had made it clear he was not interested in a long-term appointment as IMS director.

The institute provides state-of-the-art facilities both on the main UCSC campus and at the Coastal Science Campus, which has grown dramatically since Long Marine Laboratory opened in 1978.

“It’s a really vibrant place now, and the whole marine mammal facility is brand new and gorgeous,” said Costa, who came to UCSC as a graduate student before Long Marine Lab and the IMS even existed. “I’ve watched it grow and develop from the start, and I look forward to helping the IMS move to the next stage.”

A fellow of the California Academy of Sciences, Costa held the Ida Benson Lynn Chair in Ocean Health at UC Santa Cruz from 2008 to 2013. He has served on the U.S. Ocean Resources and Research Advisory Panel and as a program manager for the Office of Naval Research. Costa has also held leadership positions on large multi-institutional projects and research consortia, such as the Tagging of Pacific Predators (TOPP) program, which he co-founded, the Southern Ocean Observing System, and the Central and Northern California Ocean Observing System. He received the Antarctica Service Medal, and Costa Spur in Antarctica was named in his honor in 2006.