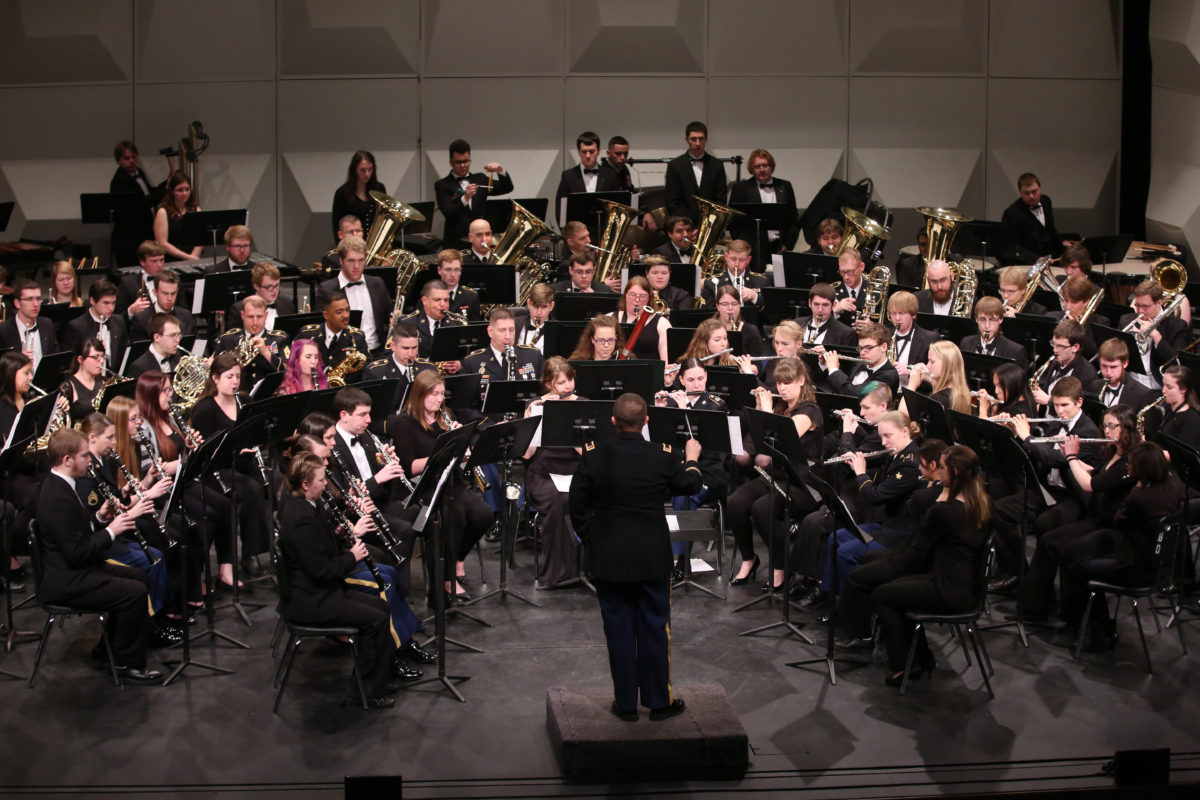 The concert will take place at 2 p.m. Sunday, April 7, in Leach Theatre of Castleman Hall, located at the corner of 10th and Main streets in Rolla. The concert will include performances by the Missouri S&T Symphonic Band, directed by David Cress, lecturer in music, and the University Wind Symphony, directed by Dr. David Samson, assistant professor of music.

Tickets are $5 for the public and free to youth, ages 18 and under, and to Missouri S&T students with a valid ID. Tickets can be purchased 10 a.m. to 4 p.m. Monday through Friday from the Leach Theatre Box Office, located in the vestibule inside the main entrance to Leach Theatre, facing 10th Street. Tickets can also be purchased by calling 573-341-4219.

The concert will feature the Symphonic Band performing “Fanare and Allegro” by Clifton Williams, “Adagio” by David R. Holsinger and “Adirondack Festival Overture” by Stephen Bulla. The University Wind Symphony will perform “An American Elegy” by Frank Ticheli and “1812 Overture” by Pyotr Ilyich Tchaikovsky. Faculty from S&T’s explosives engineering program will provide pyrotechnics for this performance of the “1812 Overture.”

“We’re very excited to perform Tchaikovsky’s ‘1812 Overture,’” says Samson. “We’re even more excited to have the explosives engineering program assist us in adding an extra bang to our performance.”

Tchaikovsky’s “1812 Overture” was written in 1880 to be performed for a string of events including the 25th anniversary of Czar Alexander II’s coronation; Moscow’s Exhibition of Industry and Arts; and the completion of the Cathedral of Christ the Savior, built to commemorate Russia’s defense against Napoleon’s army in 1812.