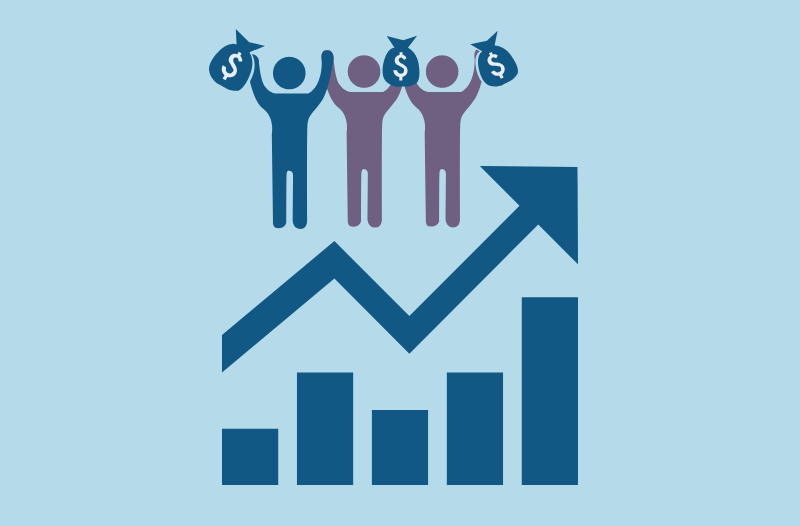 ANN ARBOR—Oakland County’s job growth accelerated in 2018, with a diverse group of industries including professional and business services and health services leading the way.

Job growth for the next three years is forecast to average 1.4% per year, for a total increase of 31,600 jobs from 2019 to 2021, said University of Michigan economists. The county has completed nine consecutive years of job growth.

In their annual forecast of the Oakland County economy, Gabriel Ehrlich, director of the U-M Research Seminar in Quantitative Economics, and colleague Don Grimes predict that the county will add about 10,300 jobs this year, 10,900 next year and 10,300 in 2021.

“The acceleration in Oakland County’s job growth is a heartening sign this far into the country’s recovery period,” Ehrlich said. “It is especially impressive given the recent softness in Detroit Three light vehicle sales, which have declined in each of the past three years.”

The county improved its place on a prosperity ranking constructed by the U-M economists when compared with its peer counties across the nation.

“We are forecasting that job growth will be similar in all industry wage categories over the next three years,” Grimes said.”One factor we see boosting growth in the middle-wage industries is the government sector’s return to growth in Oakland County.”

The largest job gains forecast through 2021 are in private-service sector industries such as professional and business services, private education and health services, and leisure and hospitality. The forecast shows slow growth for manufacturing in the next three years.

Motor vehicle manufacturing, which led the early stages of Oakland’s economic recovery, is expected to add a total of 569 new jobs over the next three years. Those are due in part to the planned expansion of production activity at General Motors’ Lake Orion assembly plant.

Manufacturing employment outside of transportation equipment has tended to grow more rapidly. While employment growth in other manufacturing industries averaged 3.4% from 2012 to 2017, the forecast indicates that job creation in those industries will slow in the next three years to an average of 0.6% per year.

The 34th annual U-M forecast of Oakland County’s economy was sponsored by 13 regional organizations. Its presentation was hosted by the county’s Department of Economic Development & Community Affairs, Chase and Oakland Community College.