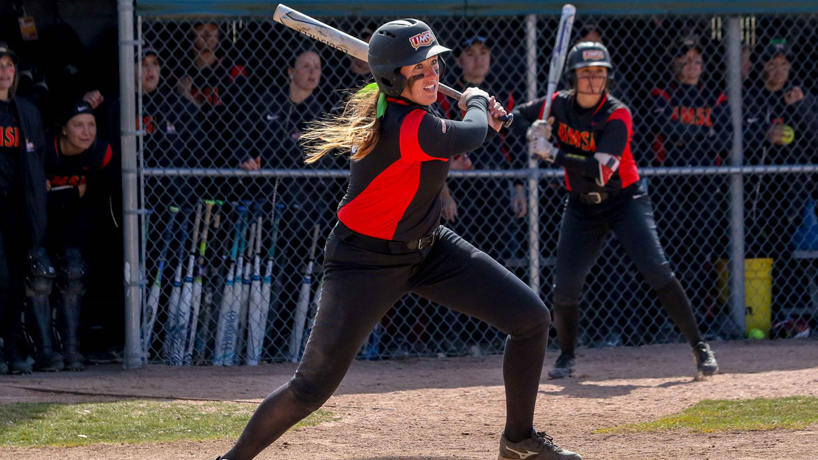 Softball
UMSL wrapped up the regular season with sweeps of Missouri S&T and Drury last weekend to claim a share of the Great Lakes Valley Conference regular season title. Junior Andee Tiffee went 2-0 in the circle and also tallied six hits, three RBI and four runs scored. The Tritons rallied for both victories at Drury, scoring two in the top of the seventh of Game 1 for the 4-3 win before also scoring twice in the top of the seventh of the nightcap to force extra innings. UMSL then got the game-winning hit from junior Chelsea Martinez in the ninth en route to the 5-3 victory. The Tritons (31-17, 20-6 GLVC) will be the GLVC’s No. 1 seed in this weekend’s conference tournament, held in East Peoria, Illinois. UMSL opens play Thursday against No. 8-seed Lewis at 10 a.m.

Baseball
The Tritons went 0-5 in a week that included two midweek games at Illinois Springfield and a three-game GLVC series at Southern Indiana over the weekend. Redshirt junior Koltyn Schilly tallied eight hits on the week for a .533 batting average, while redshirt junior Derrick Freeman finished with seven hits, five RBI and four runs scored. UMSL (9-36, 8-22 GLVC) concludes its season with a three-game series at William Jewell on Friday and Saturday.

Men’s Golf
The Tritons advanced to medal/match play at the GLVC Championship last week after finishing first in stroke play. However, top-seeded UMSL lost the tiebreaker to No. 4 seed and eventual conference champion Maryville after the two teams were even at 2.5-2.5 in the semifinals of their match. In stroke play, sophomore Reilly Ahearn earned All-GLVC honors for his top-five finish, tying for third with a career-low 212 (73-69-70). The Tritons have earned a bid to the NCAA Regionals for the seventh straight year and will be one of 20 teams competing in the Midwest/Central Regional from May 9-11 at the Hot Springs Country Club in Hot Springs, Arkansas.

Women’s Golf
Junior Emma Thorngren tied for fourth place, earning All-GLVC honors for the third straight year, while helping UMSL to a runner-up finish for the fifth consecutive year at the conference championships. Thorngren put together a 54-hole score of 234 (81-75-78), leading the Tritons to a team score of 967 (339-309-319) that edged third-place Illinois Springfield by six strokes. UMSL will officially learn of its NCAA bid later this afternoon. The NCAA East Regional will be held from May 6-8 in Owensboro, Kentucky.