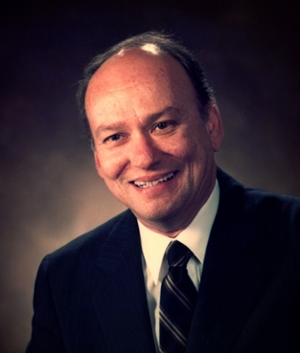 Former Southern Illinois University Edwardsville President Earl Lazerson will receive an honorary Doctor of Humane Letters degree at the 2019 Spring Commencement exercises scheduled for Friday and Saturday, May 10 and 11 for 2,571 eligible graduates. The first of seven exercises will begin at 10 a.m. Friday in the Vadalabene Center on campus. All ceremonies will be streamed live on siue.edu/tv.

Lazerson’s commencement address during the final ceremony Saturday evening to School of Engineering, and College of Arts and Sciences (CAS) graduates will cap the two-day festivities. Lazerson served as SIUE’s president for nearly 14 years. He joined the SIUE faculty in 1969 and taught mathematics until he assumed the role of interim University president in 1979, and then permanently in 1980.

Lazerson placed great emphasis on strong undergraduate classes taught by professors instead of graduate students. He also made a renewed commitment to the SIUE East St. Louis Center. Among his most memorable achievements was consolidating various schools into what is known today as CAS and presiding over the construction of several major buildings, including the Vadalabene Center, the Student Fitness Center, the dental clinic at the SIU School of Dental Medicine in Alton, the University’s first 500-student residence hall and the Art and Design Building.

In 2017, Lazerson donated his collection of more than 2,000 books comprising mathematics materials to Lovejoy Library. The following year he and his wife created the Ann and Earl Lazerson Endowment to support a Lazerson Lecture Series in CAS, and a Dr. Earl Lazerson Mathematical Symposium in the Lovejoy Library. The inaugural Ann and Earl Lazerson Lecture was held on April 11 of this year and featured SIUE mathematics alumnus Dr. John Q. Walker, who discussed multi-modal approaches to solving Alzheimer’s.

SIUE Chancellor Randy Pembrook oversees the exercises beginning Friday at 10 a.m. with School of Business students receiving their undergraduate degrees. Kelly Pfaff, of Sandwich, who is earning a bachelor’s in economics and finance, is the student speaker.

The School of Nursing combines its traditional pinning ceremony with commencement at 2 p.m. Jessica Schnebly, of Springfield, is earning a doctor of nursing practice degree with a family nurse practitioner specialization, and serves as the student speaker.

The Graduate School concludes the first day at 6:30 p.m. Granite City native Lindsay Doolittle, who is earning a master’s in English, is the student speaker. The Graduate School ceremony will include all graduate students except those in the Schools of Nursing and Pharmacy.

Ceremonies resume at 8:30 a.m. Saturday with the School of Education, Health and Human Behavior. The morning student speaker is Laycee Thigpen, of Belleville, who is receiving a bachelor’s in early childhood education.

The Saturday afternoon ceremony begins at noon with the first College of Arts and Sciences (CAS) session. Student speaker Amy Yates, of South Roxana, is earning a bachelor’s in sociology with a specialization in diversity and social justice.

The School of Pharmacy combines its traditional hooding ceremony with commencement in the Morris University Center’s Meridian Ballroom at 3 p.m. Sonja Bromann, of Glen Ellyn, is earning a doctorate in pharmacy and will provide the student address.

The exercises conclude at 6 p.m. with the second session of CAS students and the School of Engineering. Litchfield native Kristin Ishmael, who is earning a bachelor’s in biological sciences – medical sciences specialization, is the final student speaker.