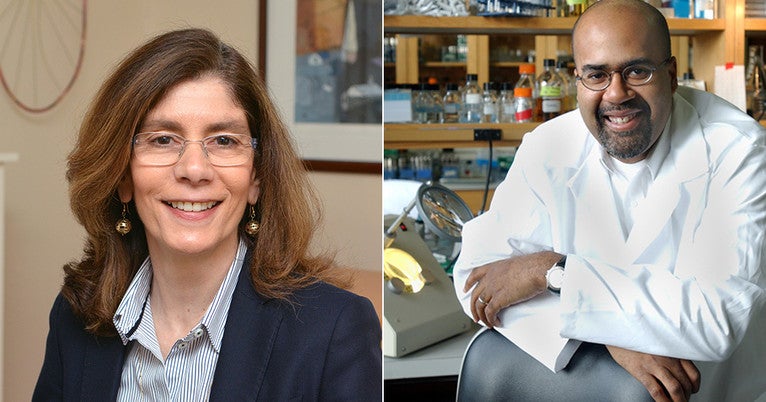 Two Yale faculty members were among 100 new members and 25 foreign associates elected to the National Academy of Sciences in recognition of distinguished and continuing achievements in science, the academy announced April 30.

The new members are:

Goldberg’s research focuses on applied microeconomics, international trade, and industrial organization. Her current research interests include the effects of trade liberalization on growth and income distribution, intellectual property rights enforcement in developing countries, and incomplete exchange rate and cost pass-through. She is chief economist of the World Bank Group and is on public-service leave from Yale while serving in that role.

Turner studies the evolutionary genetics and genomics of viruses. His lab’s work has advanced the use of phage therapy, or the use of bacteria-killing viruses, to combat infections. Turner was also elected to the American Academy of Arts and Sciences earlier in April.