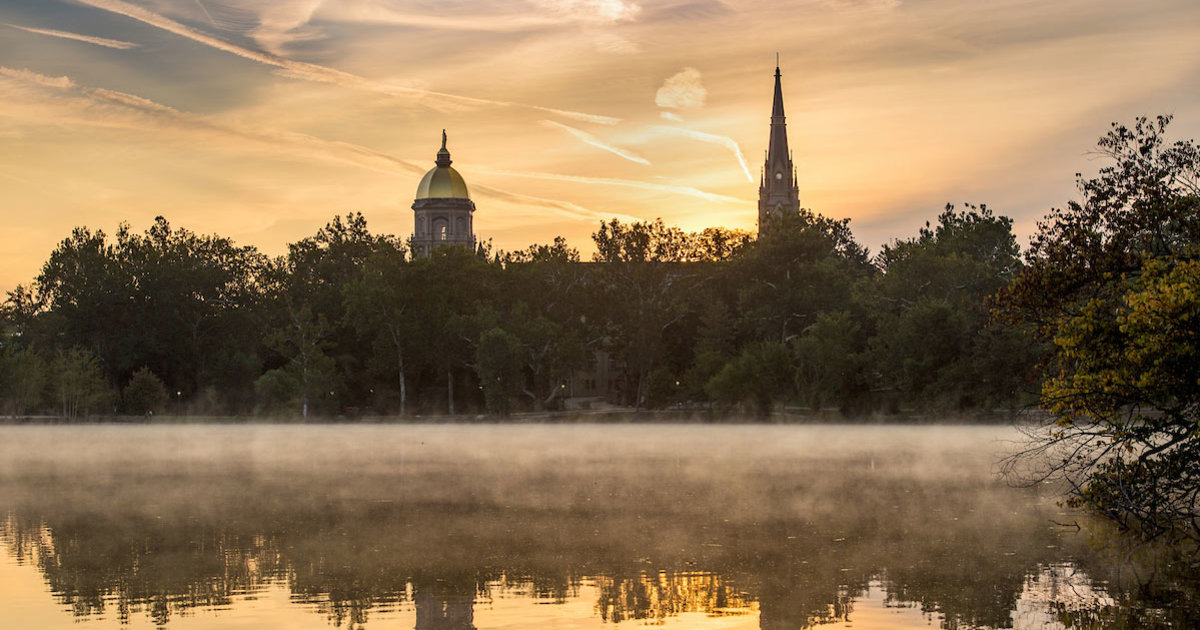 Rev. John I. Jenkins, C.S.C., president of the University of Notre Dame, announced Wednesday (May 1) the theme of the 2019-20 Notre Dame Forum as “‘Rebuild My Church:’ Crisis and Response.”

“Rebuild my Church,” an allusion to God’s summons to St. Francis of Assisi, will examine the sexual abuse crisis in the Catholic Church and explore reforms to which it should lead.

“While we must never fail to be honest and forthright about terrible acts of abuse and failures of oversight,” Father Jenkins said, “the forum is designed to be constructive and forward-looking.”

At the same time, Father Jenkins announced the establishment of a committee that will oversee the awarding of up to $1 million in grants to Notre Dame faculty for research that helps address some aspect of the current crisis.

The first event in the 2019 Notre Dame Forum series, “The Church Crisis: Where are We Now?” is scheduled for Sept. 25 and will include the following panelists who have confirmed their participation:

Other panelists likely will be added to the first event. Subsequent Notre Dame Forum events over the course of the year will consider reforms to which the crisis should give rise.