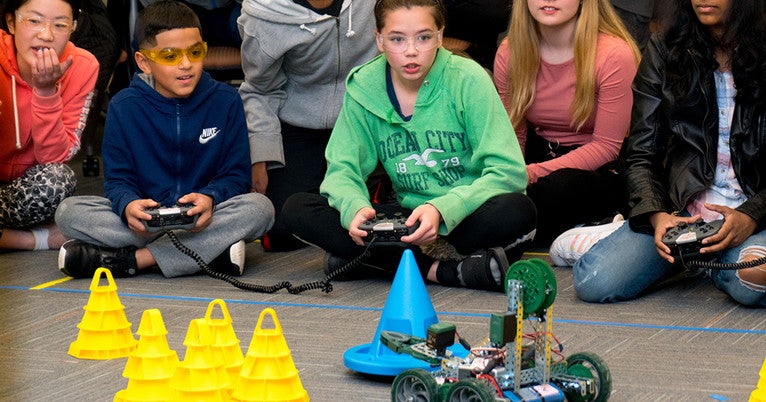 As its name suggests, Funbotics is committed to making robotics fun while also empowering youth in STEM (Science, Technology, Engineering, and Mathematics) programs. This spring the Yale chapter of Funbotics partnered with Yale Pathways to Science to offer an inaugural robotics workshop series for New Haven middle schoolers.

Under the leadership of Pranav Avasarala ’22 and Andonny Garcia ’22, Yale undergraduates worked with the middle schoolers to build customized Vex robots over seven weekend sessions. As with all Funbotics initiatives, the goal of this workshop was to teach core engineering skills while encouraging critical thinking, creative problem-solving, and teamwork.

On April 28, the youths’ families were invited to cheer on their students in the culmination of the workshop: a robot cone-stacking competition.