What’s it like to almost beat Jeopardy’s game-changing champion? - EduBlog.News

What’s it like to almost beat Jeopardy’s game-changing champion? 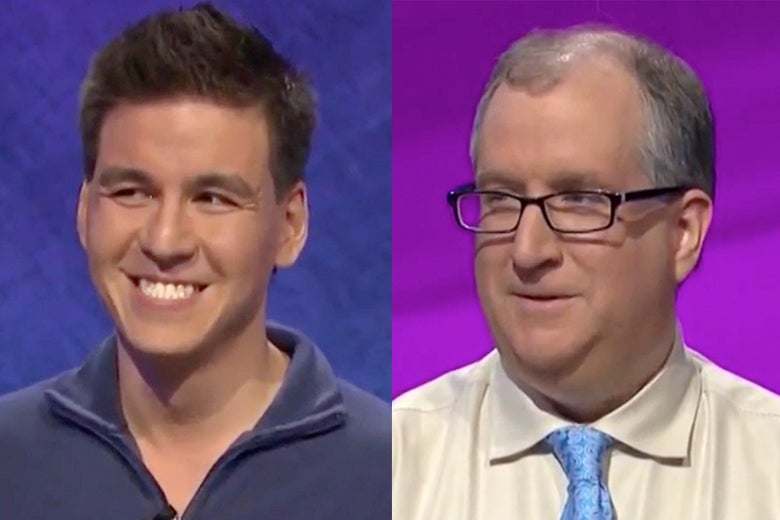 What’s it like to be a Jeopardy! fan for more than 30 years, audition for the show on multiple occasions over a 12-year span, and finally get selected to be on the show, only to find out you’re up against one of the greatest players in the game’s history? The final total of $53,999 Adam Levin racked up on Monday would have been enough to cruise to a comfortable victory on an average episode; it is, in fact, the highest non-winning total in the show’s history. But Levin lost to game-changing current champion James Holzhauer by $18, giving Holzhauer his 18th victory in a row (Jeopardy’s third-longest winning streak; he’s also second in all-time earnings and owns the top eight single-day scoring records). We spoke to Levin, a sports information director at Brandeis University, about what it’s like to almost beat one of Jeopardy’s greatest players.

This interview has been edited and condensed for clarity.

Jeremy Faust: Did you have any idea what you were getting into?

Adam Levin: Yes, because I got to watch him play five games. They film five shows in one day, and the producers put the other contestants in the audience. They always have alternate contestants in case someone gets sick or something. They choose who will play each game by random. There’s a lawyer who picks a card out of a deck so there’s no impropriety. So I was one of the alternates on the first day of taping. At the end of that day, I went back to hotel knowing that I’d probably play the next day.

Faust: So you watched James’ 13th to 17th games in person. Did it help?

Levin: I think it helped. Had I been the first game on the first day, I would have had no idea. Being able to see that strategy in play—going towards the bottom row and pushing all-in or wagering high on all of the Daily Doubles, that was a little bit of a shock to the system.

Faust: Did watching him for five games give you a sense that you had to adjust?

Levin: A little bit. I would have been aggressive on Daily Doubles anyway. I would have had a similar approach as some players in the past have. But would I have bet $12,000 of my $13,000 in the second round in a non-James environment? Probably not.

Faust: It does seem like some of the challengers are starting to adjust their game play, as you did.

Levin: Yes. I think challengers are looking lower in the board for Daily Doubles. That’s the only way he’s going to be beatable.

We encountered an issue signing you up. Please try again.

Please enable javascript to use form.

Faust: Prior to taping, how did you prepare?

Levin: I browsed some trivia, but in the span of a month, how much was I really going to learn? If I had more time on my hands, I would have. But I’m busy at work. So I can’t say I spent a whole lot of time. The New York Public Library desk reference is a great resource that I would plug.

Faust: So much of the game is buzzer speed. Did you practice that?

Levin: Yeah, I did. First, I stopped answering clues from the couch and started standing up while watching. I used a big purple pen, which looked to be about the same size, shape, and weight as the signaling device. I used that to practice clicking in.

Faust: How many times had you tried out for the show?

Levin: This was my third audition. The first year I tried out was the first time they did the online test as the first round of auditions. I got an audition then and again a couple years later and didn’t get on. In the meantime, I took the test several times. People they choose for auditions are randomly selected from the pool of people who pass the online test.

Levin: During the orientation on the day of taping, they went through some of that. Eighty thousand people took the online test in 2018. They don’t say how many passed it, but 3,600 or so are selected for auditions at random. From there, only 400 make it onto show.

Faust: Those are long odds. What’s it like to watch Jeopardy! your whole life, actually be smart enough to pass the online test, get lucky enough to be randomly selected from that pool, finally pass the audition, fly from Massachusetts to Los Angeles—and then encounter someone like James?

Levin: I was confident that I was going to have a great time no matter what, and hopefully that’s the way I played. I work with student athletes and go through the same thing. Some of the best teams we’ve had have had great seasons and still not win every game. It was about as close to a perfect experience as I could have imagined. The perfect one would’ve been winning. But if I have to not win, I’d rather have it be against one of the all-time legends and miss out on winning by $18, rather than flubbing against weaker competition or missing something I’m supposed to know, Cliff Clavin–style.

Faust: Let’s talk about game day. When did you start to realize that something is amiss here? Did you get to speak to the other contestants?

Levin: Most people take the shuttle from the hotels together and everybody chats and is really friendly. Everybody realizes that we are in the same boat. It’s a once-in-a-lifetime experience for everybody. There’s a lot of camaraderie between everyone who was going to be on show.

Faust: When did you get your first look at James?

Levin: We’re in the green room with 12 potential challengers plus the champion. And the producer starts into this spiel that’s the orientation. She tells us the challengers for each game are picked at random, and that the only person who knows they are playing is the champion, James, who she introduces. So she says, “James, how many games have you won?” and James says 12. Everyone looks around and some eyebrows are raised, but we’d heard of people winning 12 games before, so that wasn’t so surprising. Then she says, “How much have you won?” and he says something like “$850,000,” and that’s when the jaws drop. Holy cow, this is something we haven’t seen before.

Faust: Did you have a chance to talk to him?

Levin: During the lunch break I spoke to him about his life and how he became a professional sports gambler. But my favorite part of our interaction was after our match. As we were going into the green room, he shook my hand and said, “That was really gutsy. That was a great game.” And afterwards, he went to the audience and high-fived my 8-year-old son, who had asked some questions during the Q&A before the matches. That was a very menschy thing to do. He said, “You should be proud of your dad.”

Faust: Can he break Ken Jennings’ 74-day winning streak? Are you rooting for him?

Levin: I don’t know if he will, but he’s certainly capable of it. It’d take a perfect storm to beat him, but someone can do it. Overall, I would say yes, I am rooting for him, assuming he makes it through this week of shows—and I don’t know that [he will] for sure. I met all of the people who are on this week’s shows, and they are great and I’d love to see one of them win. But otherwise, I like being the guy who pushed him to his limits in such a close game.