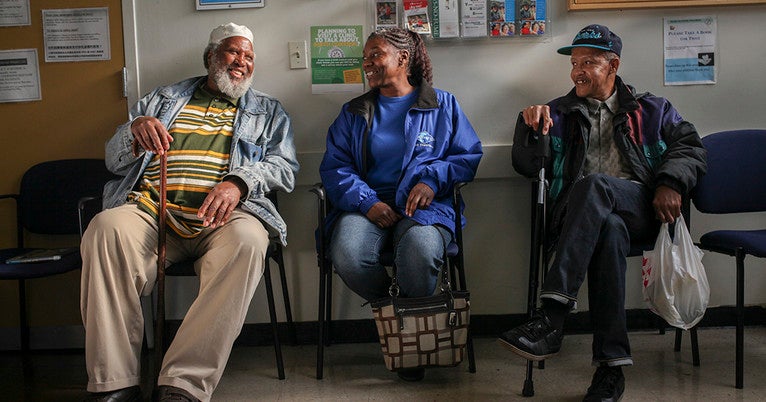 A healthcare program tailored to the needs of recently released prisoners can significantly reduce recidivism, according to a new study led by a Yale researcher. The findings show how an approach that provides community-based primary care can play a role in the nationwide effort to decrease prison populations.

The study was published by the journal BMJ Open.

Transitions Clinics are medical homes in 12 states and Puerto Rico that serve individuals recently released from incarceration who have chronic physical and behavioral health issues. This clinic care model is distinct because it employs community health workers who all have histories of incarceration. These workers accompany patients to appointments and also help them with the social, housing, and employment challenges of returning to their communities.

The research team, led by associate professor of medicine Emily Wang, M.D., analyzed data on nearly 200 individuals recently released from incarceration in Connecticut. Half of them received primary care at a Transitions Clinic; the other half had similar medical and criminal justice histories and had access to primary care, but not at Transitions. The researchers compared rates of reincarceration, as well as days in prison or jail, for the two groups over the course of one year.

The study found that patients who received Transitions Clinic care were less likely to be reincarcerated compared to those in the other group. In addition, clinic patients who were reincarcerated spent less time behind bars than those from the other group who returned to prison. Wang credited these changes to the clinic’s employment of community health workers with a past history of incarceration.

The research team estimated that if recidivist members of the control group had received Transitions Clinic care, they would have spent on average 25 fewer days in jail. Having access to health care and social support from community health workers reduces mental health or substance use problems that might otherwise result in patients going back to prison, Wang noted.

No one talks about the health system being involved in criminal justice reform — but we should be.

“By reorganizing care, this healthcare model can actually make a dent in patients’ future contact with the criminal justice system, and we know that this can impact their health, housing, and employment,” she said.

While the findings provide strong evidence in support of the Transitions Clinic approach, said the scientists, more research is needed to test the model in other settings and in other states. Yet the study suggests that investing in community health workers could have the benefit of reducing the cost of incarceration, they added.

“The country is in a big shift to decarcerate,” said Wang. “No one talks about the health system being involved in criminal justice reform — but we should be.”

The study was supported by grants from the Centers for Medicare and Medicaid Services and the Bureau of Justice Assistance.