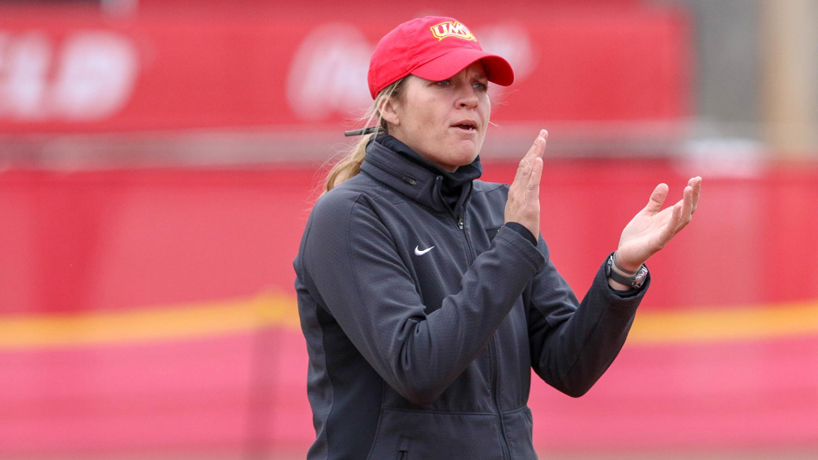 UMSL softball coach Amanda Scott is the Great Lakes Valley Conference Coach of the Year after leading the Tritons to a 20-6 conference record, a share of the regular-season GLVC title and the No. 1 seed in this week’s league tournament.

The Great Lakes Valley Conference named University of Missouri–St. Louis softball coach Amanda Scott its Coach of the Year on Wednesday, after a season in which the Tritons earned a share of the regular-season conference title and the No. 1 seed at this week’s league tournament.

Scott, in her third year leading UMSL, is the third coach in program history to earn GLVC Coach of the Year honors, joining Brian Levin (2011 and 2015) and Chuck Sosnowski (2009). She has a 108-56 record with the Tritons and became the fastest softball coach to reach 100 wins at UMSL when her team beat crosstown rival Maryville on April 12.

The Tritons (31-17, 20-6 GLVC) bounced back from an 0-6 start to the season during a trip to Clermont, Florida, Feb. 28-March 4 for The Spring Games. During the event, they logged a 6-2 record that included wins over ranked teams Gannon and Grand Valley State. UMSL similarly lost the first two games of its conference schedule before rallying to win 10 of its next 12 and finishing the league slate on a 10-game winning streak.