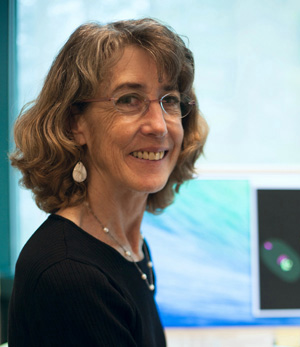 Two scientists at UC Santa Cruz have been elected to the National Academy of Sciences, one of the highest honors a U.S. scientist can receive.

Dine, a high-energy physicist affiliated with the Santa Cruz Institute for Particle Physics (SCIPP), has made important contributions in the areas of theoretical particle physics, the phenomenology of fundamental particle interactions, and theories of new physics beyond the standard model. The standard model is a very successful theory explaining the interactions of elementary particles, yet it is known to be incomplete. The principle goal of Dine’s research has been to address questions left unanswered by the standard model. His work also addresses big questions in cosmology, such as the nature of dark matter and dark energy.

Dine’s work on supersymmetry helped open a rich field studying the dynamics of supersymmetric theories and yielded insights into aspects of string theory. He proposed models to account for the “hierarchy problem,” also known as the “problem of large numbers,” which relates to the widely disparate energy scales in nature.

A member of the American Academy of Arts and Sciences, Dine won the American Physical Society’s Sakurai Prize for Theoretical Physics in 2017 and received the Outstanding Faculty Award of the UCSC Division of Physical and Biological Sciences in 2011.

Strome is a leading authority on the development of germ cells, the cells that give rise to the sperm and eggs needed to create the next generation of organisms. She has also made important findings in the field of “epigenetics,” which refers to DNA modifications that influence gene expression without changing the DNA sequences of genes.

Strome’s research over the past 35 years has led to major advances in the understanding of how certain cells in the developing embryo become germ cells. She discovered “germ granules,” distinctive structures that protect germ cell identity in the cells that carry them, and showed that germ granules are delivered to the embryo by the egg and then passed specifically to germ cells.

Her research on epigenetics has addressed questions raised by studies suggesting that environmental stresses can cause epigenetic changes in gene expression that are transmitted from parents to their children. Strome’s lab has shown how epigenetic modifications can be passed from cell to cell during development and across generations from parent to offspring.

A member of the American Academy of Arts and Sciences, Strome received the Outstanding Faculty Award of the UCSC Division of Physical and Biological Sciences and the UCSC Presidential Chair Award, both in 2015.

The new members of the National Academy of Sciences will be formally inducted at the 2020 NAS Annual Meeting.