With shows like Fauda, Shtisel and Prisoners of War thrilling American viewers, scholar Shayna Weiss explains how Israeli TV developed and the role it plays in Israeli society and politics. 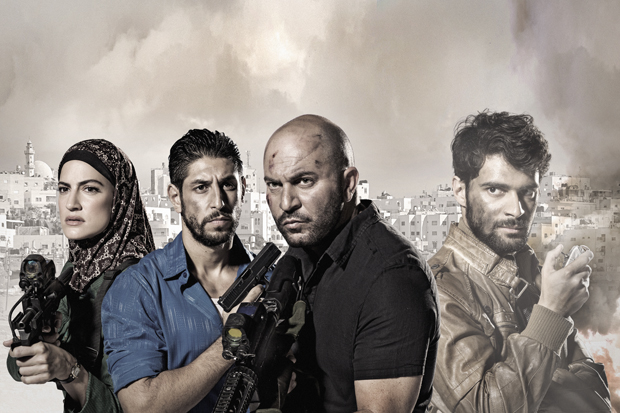 Fauda is a thriller about an Israeli commando squad pursuing terrorists.

Lately, it seems like Israeli TV programs are everywhere. “Fauda,” “When Heroes Fly,” “Hostages,” “Shtisel,” “Surgim,” “A Touch Away,” “Prisoners Of War,” “Mekimi” and others are running on streaming services such as Netflix and Hulu.

And then there are the American remakes of Israeli shows – “In Treatment” (“BeTipul”), “Homeland” (“Hatufim”), “Traffic Light” (“Ramzor”) and the still-in-development “Zero Motivation,” which was originally a movie but was optioned by Amy Poehler for the BBC.

The shows cover everything from war and terrorism to the daily life of ultra-Orthodox Jews and a romance between a baker and international supermodel.

“It’s remarkable how quickly Israel has become a player in the international market,”said Shayna Weiss ’07, associate director of the Schusterman Center for Israel Studies.

BrandeisNOW asked Weiss, who has studied Israeli TV extensively, about its development and role in Israeli society and culture.

BNOW: Domestic television broadcasting only began in Israel in 1968. Why did it come so late?

Weiss: Up until then, Israel was actually actively trying to keep television out. It’s really a socialist idea of what television is. The fear was that it would corrode society. It was bourgeois, capitalist and had no positive societal impact. Even until the mid-1980s, there was only a single channel.

BNOW: When did everything change?

Weiss: Starting in the ’90s, the development of what I call post-Zionism begins to challenge traditional ideas of “Israeliness.” Israeli society begins to mature, with all sorts of conversations about what society should look like, especially in the wake of the Oslo Accords.

In the 1990s, Israel finally gets multi-channel cable. With more channels, you need a lot more programming.

BNOW: Many of these shows are about war.

Weiss: Actually, more than war, they’re about collective trauma. We don’t see the enemy, we see the impact on Israelis. In a show like “When Heroes Fly,” you have four soldiers who served in the 2006 Lebanon War, which is sometimes referred to as Israel’s Vietnam.

They go on a mission to Colombia to find a missing friend who was previously assumed dead. Just like when they served in the Israel Defense Forces, they have to stick together, they have to trust each other. They are reliving their Lebanon experience and they have to process what happened there, but in Latin America. It’s about reprocessing their trauma as a collective experience. That’s very different from America, where we think of trauma on an individual level.

BNOW: What about the depiction of the Israeli-Palestinian conflict?

Weiss: The show “Muna” depicts the life of an Israeli-Palestinian photographer who lives in Tel Aviv. You see her struggles with her parents who don’t understand what she’s doing and who come from a more traditional society. But you also see the critique from some of her liberal Jewish friends, who don’t understand why she identifies with Palestinians in Gaza if she is a citizen of Israel. It’s a critique of Israel from multiple directions. [“Muna” is expected to air in the U.S. later this year.] 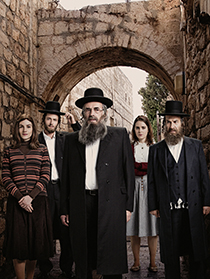 Shtisel breaks new ground with its depiction of an ultra-Orthodox family.

BNOW: You’ve written about “Shtisel” which is about Haredi (ultra-Orthodox) Jews. In some ways, it’s a really big deal.

Weiss: In Zionist ideology, there’s this idea of the old Jew and the new Jew. The old Jew is a Diaspora Jew, who’s weak, who’s hunched over his books, who represents everything bad about the Diaspora. The new Jew is the Israeli, the guy in the army, and he’s going to fix what’s wrong about the Diaspora. And a lot of times, an ultra-Orthodox Jew is actually the visual symbol of the Diaspora. They’re seen as remnants from the old society.

“Shtisel” shows them as part of Israeli society and gives them plotlines that are immediately recognizable to any TV viewer. They aren’t stock characters or jokes. They aren’t extremists. It’s incredibly humanizing.

Weiss: In traditional Zionist thinking, Yiddish has the status of a Diaspora language and is meant to be forgotten. However, in the show, they switch back and forth between Hebrew and Yiddish. It’s fluid. So what you’re seeing is Yiddish in a new post-vernacular context. It’s no longer used exclusively in everyday life, but it’s still an important part of Israeli society.

BNOW: Why do you think Israeli TV is catching on with Americans?

Weiss: Israeli TV has done a very good job of portraying human drama. These are human stories with universal appeal. There’s just enough foreignness in them that they’re exotic but they’re still familiar.

Weiss:” A Touch Away.” It’s a Romeo and Juliet style drama about a Haredi young woman and her Russian secular neighbor. It’s a fascinating take on dreams and what happens when our life turns out differently than we planned.