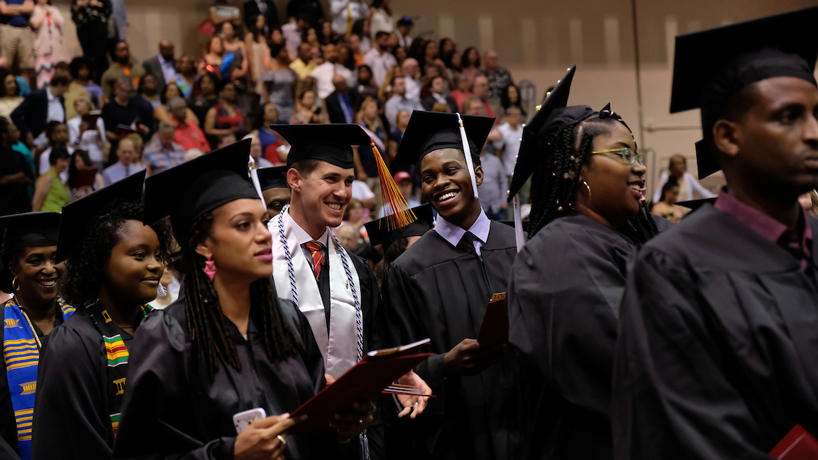 Spring commencement ceremonies are set to be held May 17, 18 and 19 with UMSL expected to confer more than 1,500 degrees. (Photo by August Jennewein)

The University of Missouri–St. Louis will confer more than 1,500 degrees during its six commencement ceremonies May 17, 18 and 19.

The graduates come from all walks of life, reflecting the vibrant diversity of UMSL’s study body, while a majority are from and will remain in the St. Louis region to bolster the workforce and improve their communities.

“Our graduates are part of the next generation of St. Louis leaders, and they will make their mark in ways big and small on the future of the region,” said Chancellor Tom George, who will be participating in his final commencement ceremonies before his planned retirement Sept. 1. 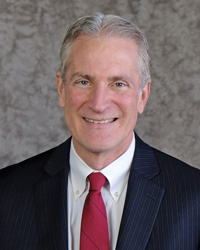 UMSL will begin honoring its graduates with a commencement ceremony for the College of Optometry at 2 p.m., Friday, May 17 at the Blanche M. Touhill Performing Arts Center on UMSL’s North Campus. Dr. Edward S. Bennett will deliver the address.

Bennett is a professor and assistant dean for student services and alumni relations in the College of Optometry. He is the executive director of the Gas Permeable Lens Institute, serves as immediate past chair of the Contact Lens and Cornea Section Council of the American Optometric Association and is a past chair for the Cornea, Contact Lens and Refractive Technologies Section of the American Academy of Optometry. He is a fellow in the Scleral Lens Education Society and was recently inducted as a distinguished fellow in the National Academies of Practice. He has authored more than 200 publications including 13 texts. Bennett has received numerous recognitions, including the UMSL Chancellor’s Award for Excellence in Teaching. He recently was named one of the 50 most influential optometrists in America by Optometric Management. He is on the Education Planning Committee of the Global Specialty Lens Symposium, the clinical features editor for Contact Lens Spectrum and on the Medical Advisory Board for the International Keratoconus Academy.

The remaining ceremonies will all be held in the Mark Twain Athletic Center on UMSL’s North Campus. 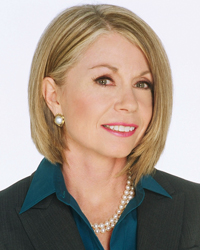 Schenk earned her JD from Syracuse University, where she served as an editor for the Journal of International Law and Commerce. Prior to joining Thompson Coburn LLP’s Business Litigation practice group as a partner, she spent 14 years with the Department of Justice as an Assistant United States Attorney and served as the civil chief. Schenk now serves on the UMSL College of Arts and Sciences Council, the executive committee of the board of Casa de Salud, the National Kidney Foundation and the Hispanic Chamber of Commerce. She is a former chair of the Missouri Bar Health and Hospital Law Committee, member of the Missouri Hospital Association and a subcommittee chair for the development committee of the Women’s White Collar Defense Association. In 2014, she was named one of UMSL’s Distinguished Alumni and selected for inclusion in Best Lawyers in America. In April, she was named a “Top 100 St. Louisan to Know” by the St. Louis Small Business Monthly. 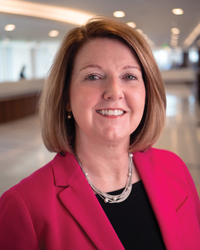 Graduates in the social sciences and general studies, interdisciplinary studies and liberal studies in the College of Arts and Sciences will be honored at 2 p.m. on Saturday, May 18. Sara E. Foster, a UMSL alumna who is now executive vice president of talent and corporate administration at Commerce Bancshares, Inc., will give the address.

Foster began her career at Commerce in 1986. She oversees several administrative support areas that provide services to team members across the company, including talent management, talent development, inclusion and diversity, internal communications, risk management, audit, legal and flight operations. She also serves as chairperson of the company’s ethics committee and is a member of the executive management committee for the company. Foster is a lifelong resident of north St. Louis County and attended Normandy High School. She earned an executive MBA from Washington University in St. Louis, and received an honorary doctorate of humanities from UMSL. She currently serves on the board of Big Brothers Big Sisters of Eastern Missouri, is a member of the UMSL Chancellor’s Council, and is a board member of the Normandy Schools Collaborative. She previously served on the boards of the YWCA of Metro St. Louis and the Gateway Region YMCA. 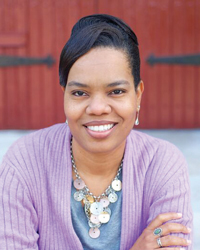 Graduates of the College of Nursing, UMSL/WUSTL Joint Undergraduate Engineering Program and School of Social Work will be honored at 6 p.m. on Saturday, May 18. Bethany Johnson-Javois, the chief executive officer of the St. Louis Integrated Health Network, will give the address.

Johnson-Javois has received several recognitions, including a 2016 Silver Bell Award by Mental Health America of Eastern Missouri, 2015 Community Advocate of the Year by St. Louis Children’s Hospital, and the Access to Equal Justice Award from the Washington University School of Law’s Clinical Education Program. She possesses mire than 15 years of experience working and volunteering in the nonprofit sector for organizations that positively impact the quality of life for disadvantaged populations. She currently serves on the board for Missouri Foundation for Health, chairs the board of Alive and Well Communities, LLC, and is former trustee for the Deaconess Foundation and member of the Executive Advisory Council for Missouri State University College of Business. As a licensed Evangelist Missionary in the Church of God in Christ, she is a noted motivational speaker, trainer and facilitator around spiritual development and leadership. Johnson-Javois was also named the managing director for the Ferguson Commission. 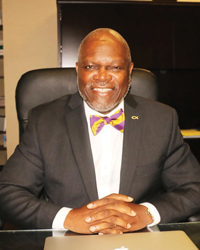 Graduates of the College of Education and SUCCEED Certificate Program will be honored at 2 p.m. on Sunday, May 19. Charles James Pearson, the superintendent of the Normandy Schools Collaborative, will give the address.

Pearson’s tenure as superintendent in Normandy began in 2015. His educational career spans 34 years of engagement in public education and includes 21 years as a classroom teacher and 13 years as an administrator. He served as a curriculum coordinator, principal and assistant superintendent before leaving retirement to lead the return of the Normandy Schools Collaborative to an accredited status. Pearson’s commitment to issues of educational equity led to his work with African American academic achievement initiatives during his career and became the focus of his dissertation – “Factors that Contribute to the Success of African American Academic Achievement Initiatives in the State of Missouri.” Pearson received his doctorate in educational leadership from Saint Louis University in 2007. From 2008 to 2016, Pearson facilitated professional development as CEO of Innovative Education Solutions, LLC. Specialized topics included instructional leadership, cultural proficiency/responsiveness, effective communication strategies and parental engagement that supports “learning at home.” He also served as one of four trainers for the National Institute for School Leadership in Missouri. 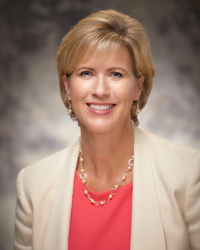 Graduates of the College of Business Administration will be honored at 6 p.m. on Sunday, May 19. Retired IBM Vice President Lisa D. Yanker, who holds both a bachelor’s and an MBA from UMSL, will give the address.

Yanker has served as the vice president and general manager of MicroStrategy’s Central and Canadian regions and as vice president of big data and analytics at IBM. In these roles, she was responsible for the go-to-market strategy, revenue, sales, technical sales, partners and consulting services. At IBM, she held various regional and worldwide sales leadership roles and was responsible for sales strategy and execution, market share growth, resource planning and deployment and all aspects of sales, support and client satisfaction. She has also served as a sales integration executive on the mergers and acquisitions team and led the successful integration of newly acquired sales organizations into IBM’s software team. Yanker currently serves as a member of the UMSL College of Business Administration’s Leadership Council, is on the fundraising and philanthropy committees for the Professional Women’s Alliance and received the St. Louis Business Journal’s “Most Influential Business Women” award in 2015.