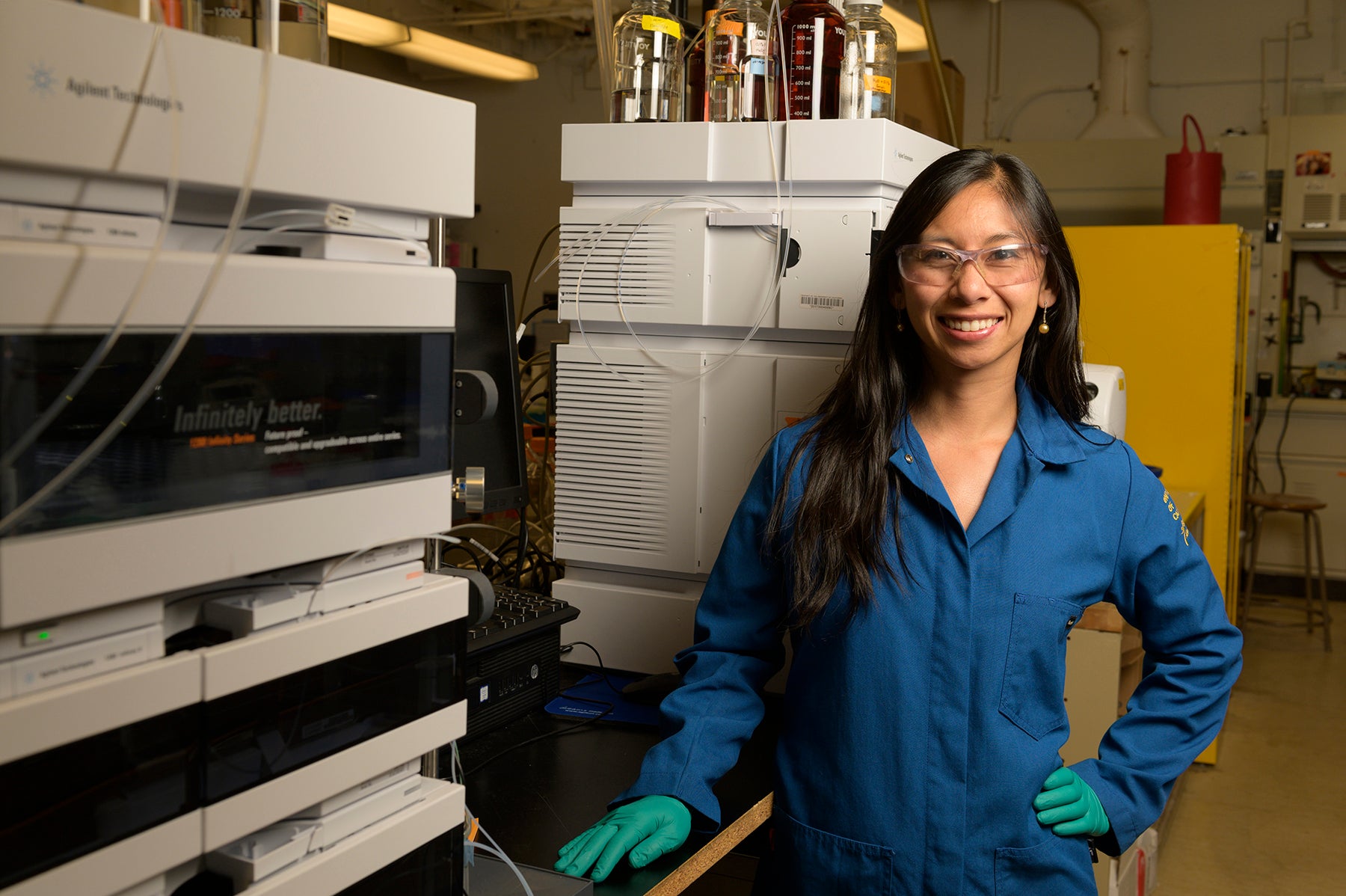 Metals such as zinc, copper and chromium bind to and influence a peptide involved in insulin production, according to new work from chemists at the University of California, Davis. The research is part of a new field of “metalloendocrinology” that takes a detailed look at the role of metals in biological processes in the body.

“We’re asking questions people didn’t realize we don’t have the answers to,” said Marie Heffern, assistant professor of chemistry at UC Davis and senior author on the paper, to be published in the journal ChemBioChem.

Metals play a role in many biochemical processes. Hemoglobin contains iron and carries oxygen in the blood; zinc and copper are involved in a third to a half of all body functions. But while scientists know the overall amount of an element in a given component of the body, such as blood, they generally don’t know the exact location of these metals, the state they are in or their biological role in the body.

“A metal is an ingredient – what you do with it is what makes the difference,” Heffern said. Her laboratory at UC Davis is using new techniques to understand how metals are distributed inside and outside cells, how they bind to proteins and other molecules and the subtle influences they have on those molecules.

The new study looked at C-peptide, or connecting peptide, a short chain of amino acids. C-peptide is being investigated for potential in treating kidney disease and nerve damage in diabetes, so any better understanding of how it behaves in different conditions could be useful in drug development.

Influencing shape and uptake by cells

When the pancreas makes insulin, C-peptide connects two chains of insulin in a preliminary step. C-peptide is then cut out, stored along with insulin and released at the same time. C-peptide used to be considered a byproduct of insulin production but now scientists know that it acts as a hormone in its own right.

The researchers measured how readily zinc, copper and chromium bound to C-peptide in test tubes, and how the metals affected the ability of cells to take up C-peptide.

The metals had subtle effects on the structure of C-peptide, notably on its ability to curl into a helix in some conditions. Copper and chromium prevented cells from taking up the hormone, but other metals such as zinc, cobalt and manganese did not have such an effect.

The results show that metals can potentially “tune” the activity of hormones such as C-peptide by altering their structure or affecting uptake into cells, Heffern said. Additional authors on the paper are postdoctoral researcher Michael Stevenson, research specialist Kylie Uyeda, graduate student Jessica San Juan and Ian Farran, undergraduate majoring in biochemistry and molecular biology.