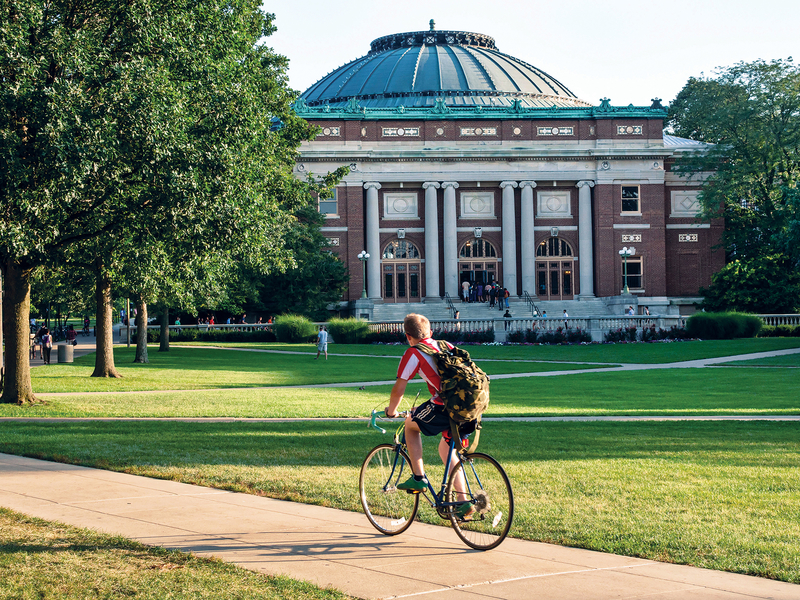 The long-simmering effort by the University of Illinois System to create a network that links the state’s higher education institutions—with a new Chicago research center at its core—took another step forward today.

Perhaps more important than the new hubs, which seem mainly to be fulfilling their traditional roles as venues for education and research, the statement included support for the new network from Illinois Gov. J.B. Pritzker. The Illinois Legislature last year approved $500 million in funds for the project, but at least some aspects are still waiting on a reappropriation in this year’s budget. Additionally, Pritzker has said he’d like to find private funding support for the effort.

“We have so much potential if we just work together, and today’s announcement shows me that our universities are committed to that,” Pritzker said in the statement. “They are our state’s key pillars of innovation and talent production, and I look forward to seeing the even greater impact they can have on Illinois’ economy through the IIN.”

Asked about private funding, Ben Taylor, a spokesman for the system, pointed to one recent announcement. New York-based investment firm Deerfield Management said last month that it would direct up to $65 million toward a new venture with the University of Illinois at Chicago called West Loop Innovations to be focused on drug development for commercial purposes.

U of I System President Tim Killeen, one of the chief drivers of DPI and the network, said in February that $300 million has been raised from companies and other universities to supplement the state funds.