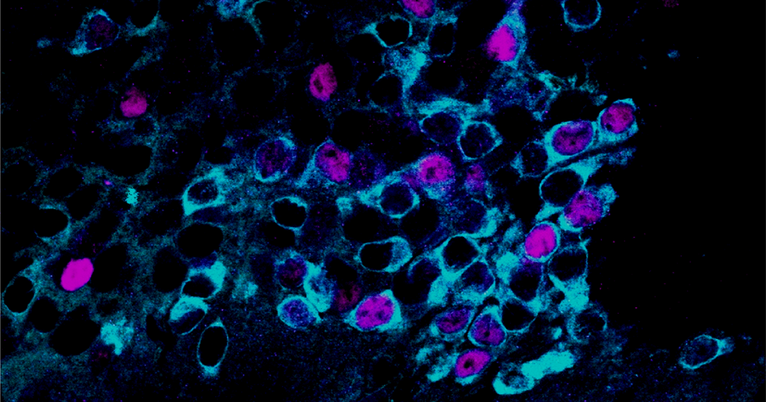 What drives the social bond between offspring and caregivers in the first few days of life? A Yale-led team of researchers has found clues in specific neurons in the brains of neonatal mice that are associated with feeding.

The neurons, known as Agrp, regulate feeding behavior in adult mammals, but it was not clear what role they played in early development. To solve that mystery, the researchers conducted a series of experiments with 10-day-old mice. They isolated the newborn animals from the nest, temporarily depriving them of nutrients. Separation from the caregiver rapidly triggered activity in the Agrp neurons and vocal protest from the mice. The researchers also observed that return to the nest, rather than ingestion of milk, suppressed the response.

Their findings suggest that during early development, before mammals are able to seek food on their own, the Agrp neurons respond to the stress of separation from the caregiver. They also describe a mechanism for infant-caregiver interaction and the beginnings of the social bond development in all mammals.

The paper, led by assistant professor of comparative medicine Marcelo Dietrich, is published in Cell.