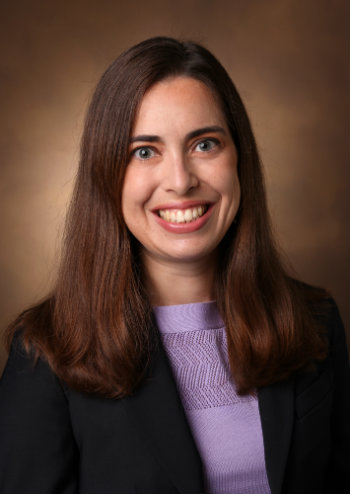 Christina West has been promoted to associate vice chancellor for federal relations in Vanderbilt’s Office of Federal Relations.

West, who joined Vanderbilt’s Washington, D.C., office in 2006, is responsible for managing the Office of Federal Relations and directing the university’s engagement at the federal level with members of Congress, administration officials and federal regulatory departments. She is responsible for crafting and expertly leading the university’s strategic engagement with policy makers and campus officials.

“Christina’s impact is felt far beyond her many contributions in Washington,” said Nathan Green, vice chancellor for government and community relations. “This move is part of our divisional realignment and is a reclassification of her existing position, placing Christina in a key leadership role for our entire team. Her commitment and quality work for more than 12 years has been an inspiration to us all. I’m excited for her and for us moving forward.”

West’s efforts focus primarily on the Tennessee congressional delegation and their staffs. She also leverages campus experts to strategically advance the university’s federal policy priorities and ensure alignment with the efforts of other peer institutions. A leader within the larger higher education community in Washington, her expertise helps to shape the advocacy efforts of the broader higher education and research communities. She is frequently invited to serve as an expert on panels, lead task forces and mentor government relations professionals entering the field.

“It’s a privilege to lead Vanderbilt University’s federal advocacy efforts,” said West. “We have a strong team in place to advance our policy priorities. I deeply appreciate the support we have from our campus partners as we continually strive to position Vanderbilt before federal policymakers.”

West has served as the vice chair and chair of the Association of American Universities’ Council on Federal Relations and is currently serving another term on their steering committee. She previously chaired AAU’s Humanities Task Force, which advocates on behalf of the National Endowment for the Humanities, and their Higher Education Task Force, which focuses on higher education policy and federal student aid.

She also helped establish and currently chairs the Southeastern Conference Federal Relations group. West has been an active member of Women in Government Relations, co-chairing both the Congressional Relations and Personal and Professional Development task forces.

After graduating from University School of Nashville, West went to Haverford College, where she earned a bachelor’s degree in political science. She then began working in the nation’s capital, serving in a variety of positions—including senior legislative assistant—in the office of former Rep. Bob Clement, D-Tenn.

Prior to coming to Vanderbilt, she was a senior associate at Collins & Company government relations firm, where she worked closely with the firm’s higher education and international development clients. She also served as assistant director for international affairs at the Association of Public and Land-grant Colleges.