WALTHAM — In her commencement address at Brandeis University Sunday morning, Deborah Lipstadt said she should be offering positive, encouraging sentiments — but she wasn’t going to do that.

“The moment and the situation we currently face,’’ she said, “demands much more than that.”

Lipstadt, who holds a doctorate from Brandeis and now teaches modern Jewish history and Holocaust studies at Emory University in Atlanta, Ga., told the more than 1,000 graduates that she had never been more worried about the future of the country.

She referenced the white supremacist beliefs of the shooters who attacked synagogues in Pittsburgh and outside San Diego, contending that anti-Semitism cannot be defeated without also battling other forms of prejudice, including sexism, racism, and homophobia.

“We must recognize that we cannot be against just one ‘ism’ to the exclusion of all others,” Lipstadt told the crowd. “You cannot be a fighter against anti-Semitism but be blind to racism or, even worse, engage in it yourself.”

Lipstadt, who earned a master’s degree from Brandeis in 1972 and then a PhD in Jewish history from the school in 1976, also cited the six-year legal battle she underwent in 1996 after David Irving filed a libel suit against her and Penguin Books in the United Kingdom for calling him a Holocaust denier.

“I won,” she said, to raucous applause. 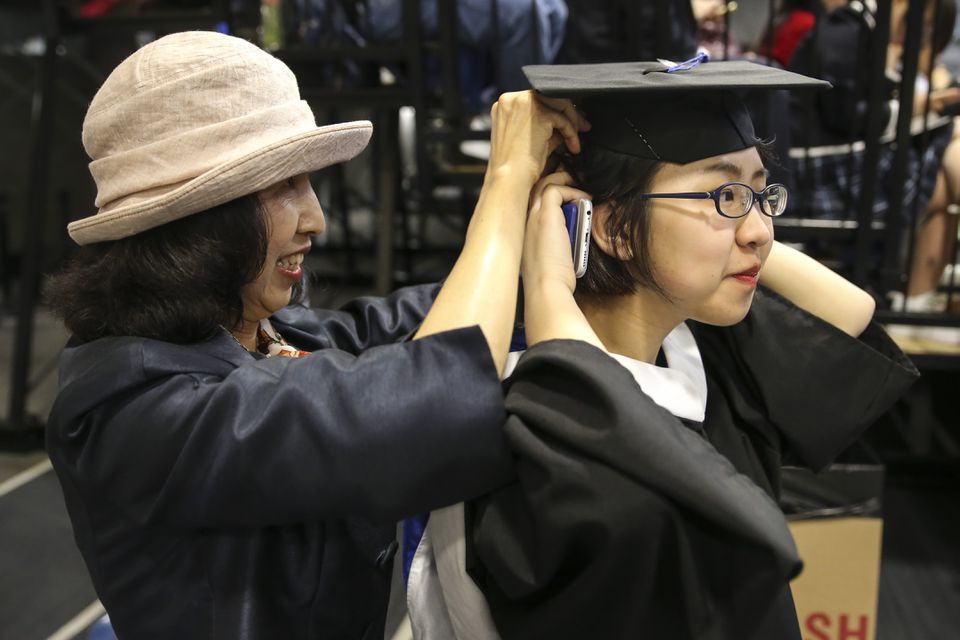 Shumei Ma helped her daughter, Meng Diao, adjust her hair and cap before the ceremony.(Nathan Klima for The Boston Globe)

She went on to offer steps students could take to combat hatred, including becoming the “unwelcome guest” by standing up to an aunt, uncle, or “hotshot cousin” who might casually purvey their prejudicial views at family gatherings.

“You may not change the mind of your awful uncle, but you will telegraph a message to all the people there, especially the young people, that such talk is not to be tolerated,” she said.

R Remi Matthews, who studied computer science and African and Afro-American studies, asked the graduates to recall their first semesters at Brandeis in his undergraduate commencement address. He described his own as not the “smooth ride” he had imagined, with an introductory course causing him to “question his entire existence.”

But he won his diploma, he said, with the help of the ‘butterfly effect,’ the theory that a small change in one moment can trigger large differences.

“This moment right here is a testament to your true power,” Matthews told the graduates. “You dared to be great and the butterfly effect worked in your favor. That same power that pushed you through your time here will continue to push you to greatness.”

Gemma Curnin, a Topsham, Maine, native who graduated with a degree in art history and women’s, gender, and sexuality studies, said she was looking forward to taking what she had learned at Brandeis and applying it to the “real world.” 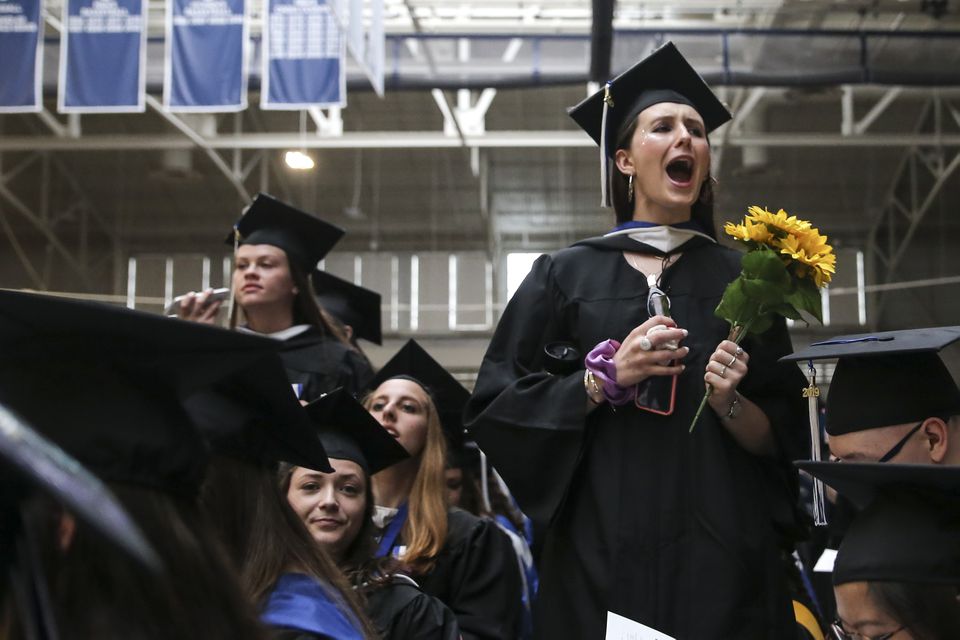 Gemma Curnin scanned the crowd for friends and family before the ceremony.(Nathan Klima for The Boston Globe)