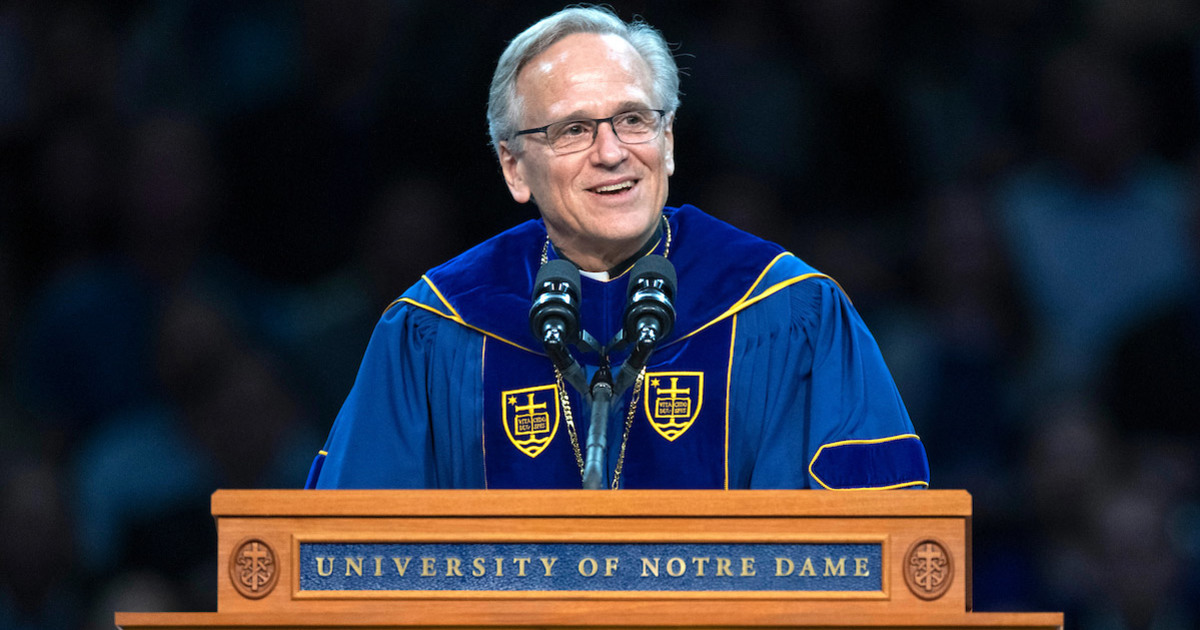 After the contentious presidential election of 2016, the selection committee of the Pulitzer Prize found in our commencement speaker a distinguished writer of commentary.

In the precise language of the committee, Peggy Noonan was awarded the Pulitzer Prize for — quote — “rising to the moment with beautifully rendered columns that connected readers to the shared virtues of Americans during one of the nation’s most divisive political campaigns.” Unquote.

Fully capable of rapier wit and wisdom in the dismantling of a worthy opponent, Ms. Noonan nonetheless never resorts to the vulgarity or character assassination that too often passes for legitimate criticism these days.

She remains patriotic, without being chauvinistic. She believes in common decency, but is not naive. She is a critic who seeks common ground.

Born in Brooklyn to an Irish Catholic family, the daughter of a merchant seaman, Peggy Noonan sounds as if she attended Notre Dame, but graduated from Fairleigh Dickinson instead. She began her career in radio news in Boston, and in writing commentary for Dan Rather in his CBS radio broadcasts.  Her national acclaim as a writer exploded when it was learned she was responsible for much of President Reagan’s soaring rhetoric and President George H.W. Bush’s most memorable lines.

The author of nine books and must-read columnist each weekend in the Wall Street Journal, Ms. Noonan writes with unmistakable verve, an engaged mind and open heart.

She recently wrote, “Even honest love of country isn’t allowed to hold us together anymore. America to my mind is what Pope Francis says the Church was,” Peggy Noonan said, “a field hospital after battle. We are a beautiful and great nation but a needy, torn-up one in need of repair.” Ms. Noonan’s voice provides critical assistance in that badly needed repair.

Please join me in welcoming to the podium to speak for herself, the University of Notre Dame’s 174th commencement speaker…Peggy Noonan.