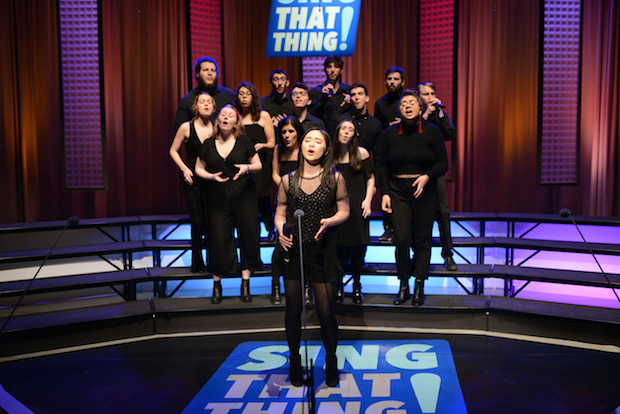 Eighteen ensembles representing genres from barbershop and pop to gospel and classical compete across eight episodes in three age-based divisions. A panel of three coaches will select two groups from each division to perform on the “Grand Finale,” when one group will be named the overall champion.

It was the second appearance on the show for the Starving Artists, who also performed on “Sing that Thing!” last year, bowing out in the final round. In their first appearance this season, they performed Birdy’s “Strange Birds.”