Even 75 years later, Omaha Beach is better known than understood, says military historian John C. McManus, who has studied the battle for Omaha for 25 years.

“Only two kinds of people are going to be on this beach,” Col. George Taylor, commander of the U.S. Army’s lead assault regiment on D-Day told his soldiers, “the dead and those who are going to die. Now get moving!” 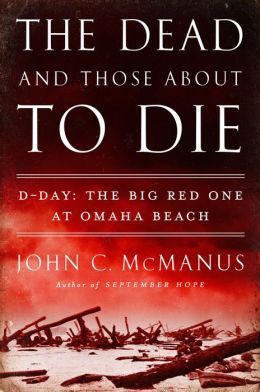 Those words inspired the title of Dr. John C. McManus’ book, The Dead and Those About to Die, a first-hand account of the battle of Omaha Beach from the perspective of the 1st Infantry Division, known as the Big Red One. The book was first published in 2014 to commemorate the 70th anniversary of D-Day and has recently been made available in paperback.

As the 75th anniversary of that battle approaches, McManus is available to tell the story of how the U.S. Army stormed the beaches of Normandy on June 6, 1944, to its ultimate victory, chronicling the real-life experiences of combat soldiers.

McManus, a Curators’ Distinguished Professor of history at Missouri S&T, is one of America’s most distinguished military historians. He is the author of 13 non-fiction historical books about the American military experience during World War II.

McManus frequently serves as a subject matter expert and has appeared on PBS, CNN, Fox News, C-SPAN, History, the American Heroes Channel, the Discovery Channel and the Smithsonian Network. Two episodes of “Hitler’s Last Stand,” a series on the National Geographic channel, were derived directly from his books.

McManus recently completed an academic year-long visiting professorship at the U.S. Naval Academy in Annapolis, Maryland. While there, he had onsite access to the Naval Academy library and the National Archives to work on his 14th book, Fire and Fortitude: The U.S. Army in the Pacific War, 1941-1943. The book is scheduled for release in late July.

He will commemorate D-Day this year as a featured historian aboard the curated 75th Anniversary of D-Day Cruise sponsored by the World War II Museum. The cruise follows the path of Germany’s conquest of Western Europe and the Allied efforts to gain back control, starting in Amsterdam on May 29 and ending in Dover on June 7.

McManus is available for commentary by phone and email before, during and after the historical D-Day cruise. To schedule an interview, please contact Delia Croessmann, croessmannd@mst.edu or 573-201-0913.

A C-SPAN library video of McManus’ April 2019 D-Day presentation at Gettysburg College, “U.S. Soldiers at D-Day,” can be viewed at c-span.org/video/?459079-3/us-soldiers-day.