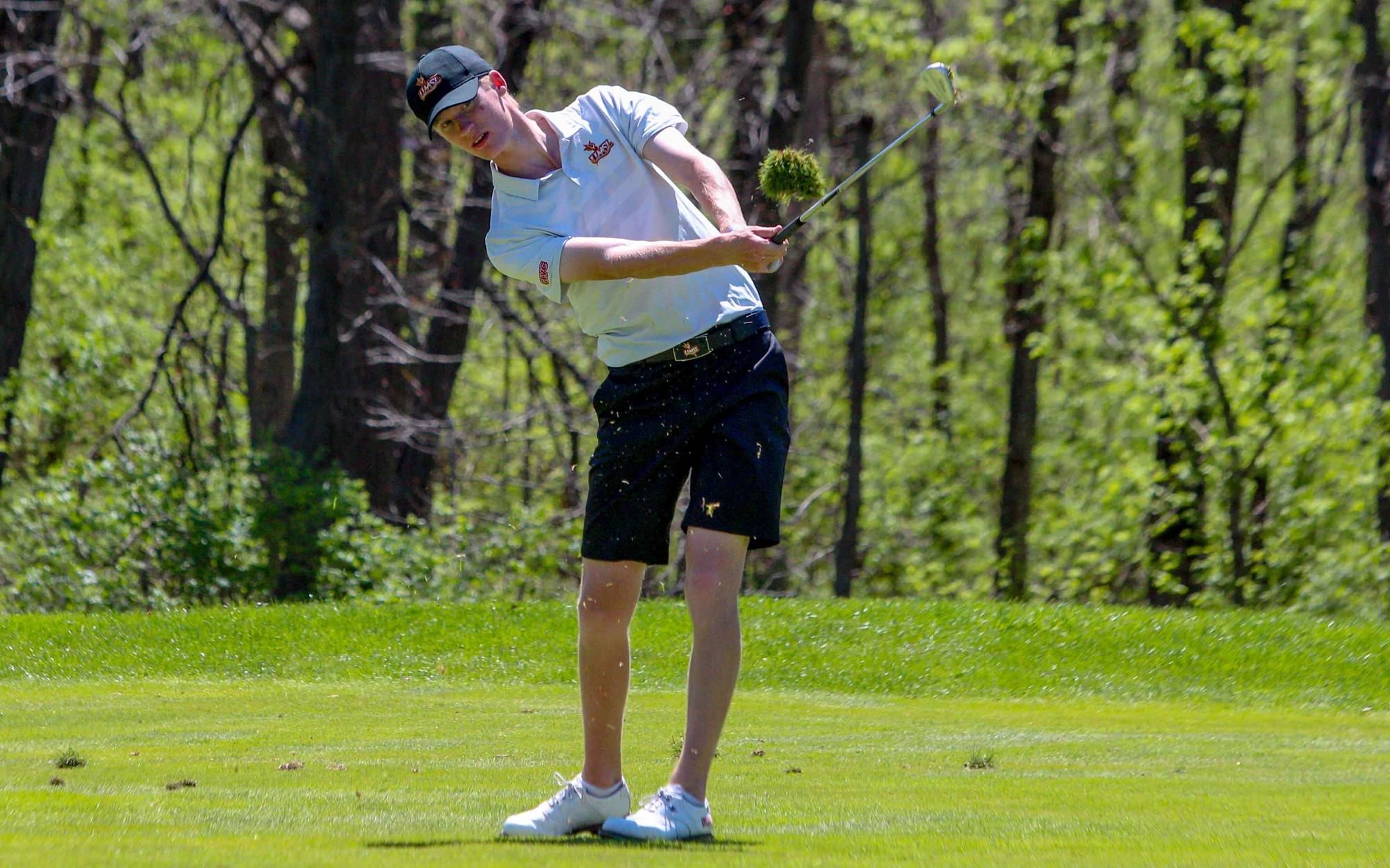 University of Missouri–St. Louis golfer Joel Sylven has been named the recipient of the NCAA Division II Phil Mickelson Outstanding Freshman Award, as announced by the Golf Coaches Association of America at the conclusion of stroke play at the NCAA DII Championships on Wednesday.

Sylven added the Phil Mickelson Award to a collection of postseason awards and honors that includes being named Great Lakes Valley Conference Freshman of the Year, All-GLVC, PING Midwest All-Region and a Jack Nicklaus National Player of the Year semifinalist. 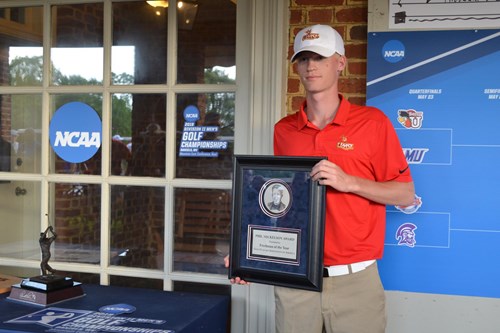 Joel Sylven poses with the Phil Mickelson Award at the NCAA DII Championships, where he helped UMSL to a 10th-place finish.

“We are really excited for Joel to be named the national freshman of the year,” said UMSL head men’s golf coach Troy Halterman. “He had an outstanding year and is truly deserving of this award. It’s a big honor for him and our program.”

Sylven entered the NCAA Championships with a stroke average of 71.79, a new single-season record at UMSL, and a national ranking of 15th. In his first collegiate season, Sylven recorded six top-five finishes and nine in the top 10. He earned medalist honors at the Midwest Regional at Fox Run Golf Club in Eureka, Missouri, and at the Newberry Invitational in Kiawah Island, South Carolina. Sylven tied for second at the NCAA DII Midwest/Central Regional and was 35th at the DII Championships in Daniels, West Virginia.

His play helped the Tritons to the NCAA Championships for the 11th time in program history, where they recorded a 10th-place finish and came up just three strokes short of moving on to medal-match play. UMSL shot an 877 (290-291-296) at the NCAA Championships with sophomore Reilly Ahearn as its top finisher, tying for 28th place with a total of 218 (74-71-73).