New members elected to Brandeis University Board of Trustees - EduBlog.News

New members elected to Brandeis University Board of Trustees

New members elected to Brandeis University Board of Trustees 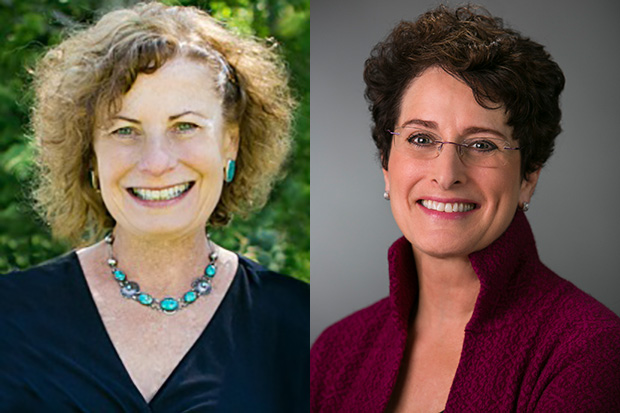 Sylvia Neil, left, and Nancy Dreyer ’72 have joined the Brandeis University Board of Trustees

Nancy Dreyer ’72 and Sylvia Neil have joined the Brandeis University Board of Trustees as new members. Dreyer, an executive at the clinical research organization IQVIA, will serve a four-year term. Neil, an attorney who is an overseer at the Hadassah-Brandeis Institute at Brandeis, was recently elected as chair of the Board of Fellows. She joins the Board of Trustees for a three-year term by virtue of this office.

Dreyer is chief scientific officer and senior vice president at IQVIA, a global provider of analytics, technology solutions and research services that helps medical providers, pharmaceutical and biotech companies, clinical trial investigators and other clients accelerate product development and improve healthcare. Dreyer has worked with the FDA to plan a medical device safety evaluation network, and with the NFL and NBA on ways to track and study athletic injuries. After graduating from Brandeis with a Bachelor’s degree in Sociology in 1972, she earned her MPH and PhD at the University of North Carolina at Chapel Hill where she now serves as an Adjunct Professor of Epidemiology.

In honor of her late father, Edward, Dreyer established the Edward Dreyer Endowed Scholarship which is offered to an MBA student in the Heller School for Social Policy and Management who plans to pursue a career in nonprofit management. In addition to this fellowship, she also supports an undergraduate scholarship at Brandeis. She served on the Heller School Board of Advisors from 2003 to 2008 and was named a Brandeis Fellow in 2014.

Sylvia Neil, who began her career as a poverty law litigator, is on the Board of Advisors at the Hadassah-Brandeis Institute, a leading research center on Jewish women’s studies. She is founder and chair of HBI’s Gender, Culture, Religion and Law Project and co-editor of its book series. With her husband Dan Fischel, Neil also created the Diane Markowicz Memorial Lecture on Gender and Human Rights in memory of her late sister, who attended Brandeis and was committed to gender equality and social justice.

“I am delighted to welcome Nancy and Sylvia to the Board of Trustees,” said President Ron Liebowitz. “Whether in the fields of technology and medicine, or law and gender, their work to make the world a better place reflects and advances the highest ideals of the Brandeis community. I know that their insight and expertise will be invaluable as we continue to chart out the future of our university.”

“Both Nancy and Sylvia have made a substantial impact in their respective fields, with exceptional achievements in public health, law, and human rights,” said board chair Meyer Koplow ’72, P’02, P’05. “We are fortunate to have them share their experience and expertise as trustees.”