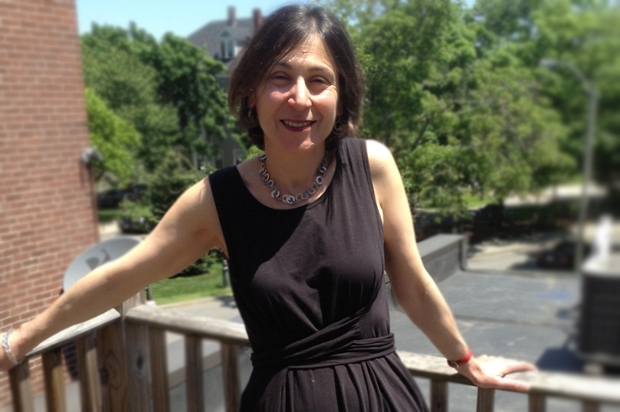 With experience in trade, academic, and business book publishing on both sides of the Atlantic, Ramin served as associate publisher at David R. Godine, Publisher, the Boston-based publishing house. In the course of more than a decade at Godine, Ramin acquired key authors, created new book series, and spearheaded a variety of marketing and sales initiatives. She previously worked at Penguin Books as vice president of film and TV publishing, and at Macmillan Press in academic and humanities publishing. She also taught as an adjunct professor in the Publishing and Writing Masters Program at Emerson College.

“We are so pleased that Sue Berger Ramin will be joining us as the inaugural Director of Brandeis University Press,” said Brandeis University Provost Lisa Lynch. “BUP is an important part of our institutional mission and I look forward to Sue’s leadership to build our portfolio to even greater prominence and impact.”

BUP was founded more than 45 years ago and was a long-time member of the University Press of New England. When the consortium dissolved last year, Brandeis remained fully committed to maintaining and growing the BUP publishing program. In Nov. 2018, BUP announced a partnership with the University of Chicago Press’s Chicago Distribution Center for the distribution, marketing and sales of new and existing titles.

In her capacity as press director, Ramin will work closely with Brandeis series editors to acquire scholarly monographs as well as books for course adoption and general interest titles in BUP’s areas of expertise in Jewish studies, and the humanities and social sciences in general.  She is also committed to developing new publishing opportunities fields that cover diverse subjects and perspectives that are central to the Brandeis University mission.

“I’m very excited to be joining Brandeis University Press at this important moment in time. Brandeis is an outstanding University that is so well-respected both nationally and internationally and I am honored to be entrusted with continuing its tradition of excellent publishing and taking it into the future,” Ramin said. “At a time when the written word is coming under siege it is significant that Brandeis has chosen to make a commitment to its press. It is a wonderful opportunity and I look forward to serving both the university and the wider readership with a dynamic and effective University Press.”

BUP has produced critically acclaimed and award-winning books in the humanities and social sciences, as well as general interest titles, with a particular commitment to publishing compelling and innovative approaches to the study of the Jewish experience worldwide. Brandeis University Press’s eight series—the Brandeis Series in American Jewish History, Culture, and Life; The Hadassah Brandeis Institute Series on Jewish Women; Schusterman Series in Israel Studies; Tauber Institute Series for the Study of European Jewry; Brandeis Library of Modern Jewish Thought; Brandeis Series on Gender, Culture, Religion, and Law; Mandel Lectures in the Humanities; and the Menahem Stern Jerusalem Lectures (sponsored by the Historical Society of Israel)—account for the vast majority of its publishing program.  With more than 300 titles in print, BUP has won numerous prestigious awards, among them the Baron Prize of the Academy for Jewish Research, National Jewish Book Awards, Jordan Schnitzer Awards of the Association for Jewish Studies, Azrieli Institute Prizes for Best Book in Israel Studies, the Shapiro Prize of the Association for Israel Studies, the Polonsky Prize of the Hebrew University, as well as numerous prizes for design.