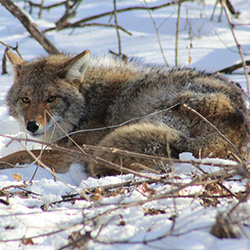 Researchers tested their own tracking of coyotes, pictured, and foxes in urban areas against reports by citizen scientists.

CHAMPAIGN, Ill. — As foxes and coyotes adapt to urban landscapes, the potential for encounters with humans necessarily goes up. A team of scientists is taking advantage of this fact to enlist the eyeballs and fingertips of humans – getting them to report online what they see in their own neighborhoods and parks.

One goal of the research, reported in the journal Landscape and Urban Planning, is to determine how information gathered by “citizen scientists” stacks up against data more laboriously collected by researchers who study canids like foxes and coyotes.

“Working with citizen scientists allows us to collect data over a period of years across large areas with basically no cost,” said Max Allen, a wildlife ecologist at the Illinois Natural History Survey who led the research. “Getting the same data is expensive and time-consuming using traditional methods like radio-tracking collars.” 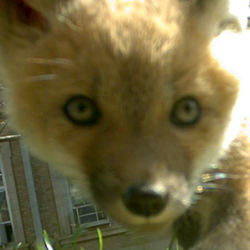 An urban trail camera snapped this photo of a fox puppy on the University of Wisconsin, Madison campus.

An untested assumption is that community-generated data are reliable and valid, Allen said. Another concern has to do with the likelihood that citizen scientists will over-report sightings near their own homes and fail to observe canids in less urbanized areas, thus skewing the data to areas where humans are more likely to encounter the animals, he said.

To help address these concerns, Allen and his colleagues at the University of Wisconsin, Madison simultaneously compared information collected by scientists using radio- and GPS-tracking of red foxes and coyotes with data citizen scientists shared online. The researchers used social media to recruit the citizen scientists, directing them to the iNaturalist.org website, one of the largest citizen-science projects in the world.

The study area encompassed a 6,120-hectare expanse in Madison that included the University of Wisconsin campus. The territory ranged from highly developed areas to natural areas and open water. Some of the less-developed parts of landscape were open lawns or meadows with few trees and some were covered in dense forest. 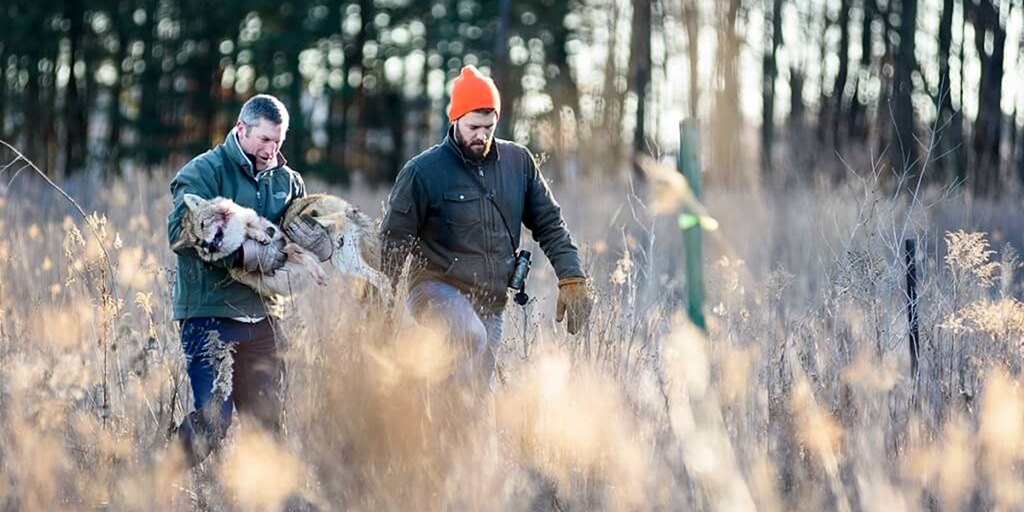 Study co-authors David Drake, left, and Marcus Mueller, of the University of Wisconsin, Madison, carry an anesthetized coyote that is to be fitted with a GPS device for tracking.

The researchers trapped and tagged 11 coyotes and 11 red foxes, fitting them with either radio telemetry or GPS collars. They closely monitored the animals’ movements from May 2015 to December 2016. At the same time, they collected several hundred community-generated observations of red foxes and coyotes through the iNaturalist website. 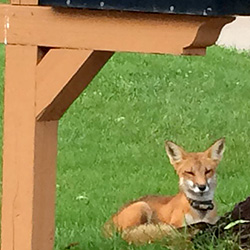 Citizen scientists took pictures, like this one, of foxes in urban areas. They uploaded the sighting information to iNaturalist, a wildlife-reporting website.

After working to confirm the reliability of the reports from citizen scientists, the researchers found a significant amount of overlap between the research data and citizen sightings, roughly 65% for foxes and 56% for coyotes. Coyote home ranges were centered on the three large green spaces in the study area, while foxes tended to avoid these areas, Allen said. The foxes were more likely to be found in residential neighborhoods.

“We believe this led to red foxes having greater overlap because they occurred closer to where people spend most of their time,” Allen said.

The researchers found that the citizen scientists on the iNaturalist site didn’t track actual distribution of the canids but were more likely to identify hotspots of human-carnivore interactions.

“This shows us the areas where conflicts between humans and carnivores are most likely to occur,” Allen said. “The online reports can be used as a tool to proactively monitor and manage urban wildlife.”

The online reporters did not capture as much data as the scientists could with their more sophisticated techniques, but the findings suggest research efforts could greatly benefit from the participation of community reporters, Allen said. 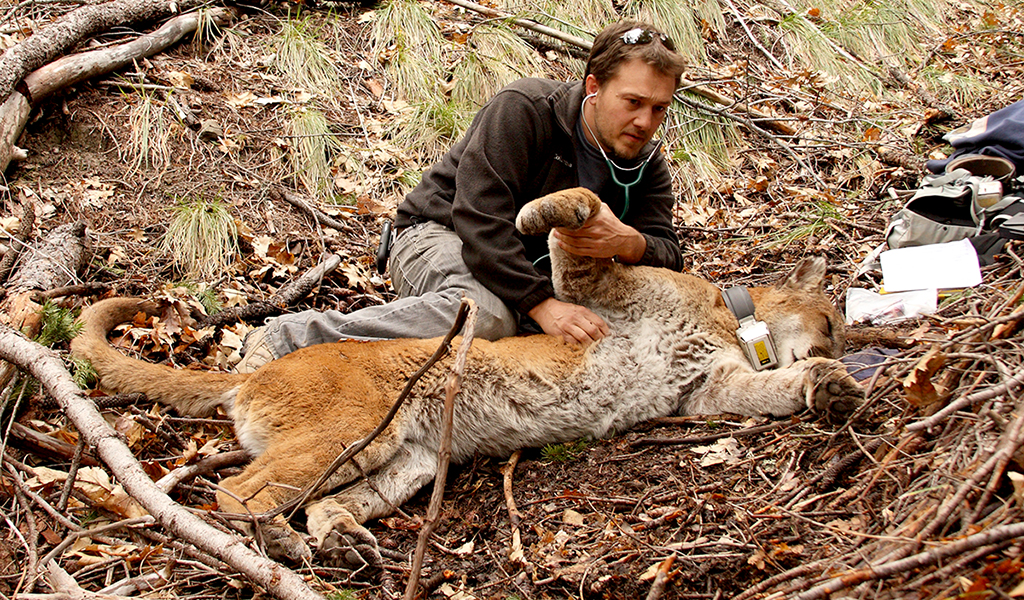 Wildlife ecologist Max Allen uses a variety of techniques to study large carnivores, like this cougar, which is being fitted with a GPS tracking device. The new study involved foxes and coyotes.

“A side benefit of citizen science and programs like iNaturalist is that they help people learn more about their local wildlife while also helping scientists collect accurate data,” Allen said. “It is important for them to collect accurate data, but we vetted each photograph that was reported and found that almost all of them accurately identified the species.

The Milwaukee County Parks and University of Wisconsin, Madison Graduate School and Department of Forest and Wildlife Ecology supported this research.

The INHS is a division of the Prairie Research Institute at the University of Illinois.