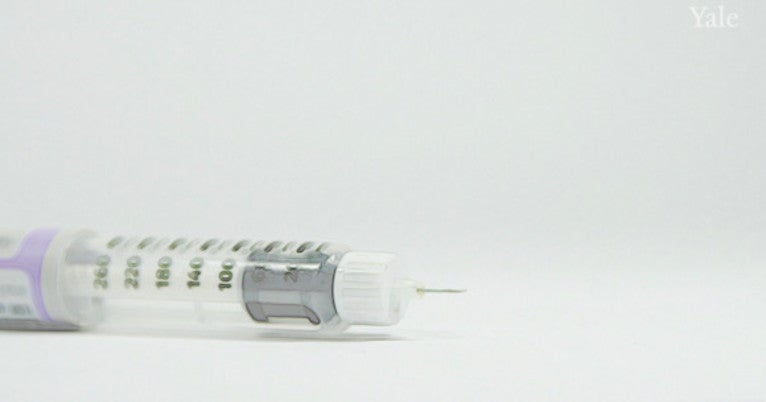 A drug that targets the immune system can delay the onset of type 1 diabetes in people at high risk of developing the disease, said a Yale investigator who led the National Institutes of Health-funded Diabetes TrialNet study. The research is the first to show that the progression of type 1 diabetes can be slowed by two or more years with immunotherapy.

The study was published in The New England Journal of Medicine (NEJM) and presented on June 9 at the American Diabetes Association’s 79th Scientific Sessions in San Francisco.

Type 1 diabetes develops when the immune system destroys beta cells in the pancreas that produce insulin. There is no cure, and the more than 1 million Americans who have the disease depend on daily insulin injections to maintain normal blood sugar.

Principal investigator Kevan Herold, M.D., and his co-authors at 14 TrialNet clinical trial sites collaborated on a randomized, placebo-controlled study using teplizumab, a drug that disrupts the immune system’s destruction of beta cells. They enrolled 76 nondiabetic individuals who fit specific criteria for being at high risk for type 1 diabetes.

The study participants, identified through the TrialNet Pathway to Prevention Study, all had a relative with type 1 diabetes. They showed signs of abnormal glucose tolerance, which indicates an inability to process blood sugar. Participants also had at least two diabetes-related auto-antibodies — signs that the immune system is attacking insulin-producing cells.

Participants were randomly selected to receive either teplizumab intravenously or a placebo for two weeks. Their glucose tolerance was tested at regular intervals throughout the trial or until they developed type 1 diabetes.

At the end of the trial, the investigators determined that individuals in the treatment group who developed type 1 diabetes did so an average of two years later than those who received the placebo. The team also found that a much smaller percentage of individuals in the treatment group, 43%, developed type 1 diabetes compared to 72% in the placebo group.

“This is the first demonstration that by doing an immunologic therapy, you can delay the clinical onset of disease,” said Herold, professor of immunobiology and of medicine at Yale School of Medicine.

Slowing the progression to type 1 diabetes in at-risk teens and young adults — who made up the majority of study participants — is significant because the risk of disease decreases with age. “Delay is important,” Herold noted. “These kids are at a critical time in their development. Not having diabetes for two years, seven years, or even one year is a big deal. The personal benefits are real.” Delaying the disease might help at-risk individuals get over a period of vulnerability, Herold said.

The participants who did not develop diabetes are still being followed to determine for how long they remain disease-free.

The study demonstrated a promising prevention strategy for type 1 diabetes, and potentially other autoimmune diseases, he added.

The study was conducted by Type 1 Diabetes TrialNet (NCT00097292), a collaboration funded by the National Institutes of Health, primarily through the Special Statutory Funding Program for Type 1 Diabetes. Additional support comes from the Juvenile Diabetes Research Foundation and the American Diabetes Association. MacroGenics/Provention Bio donated the study drugs and provided funds for additional site monitoring.

Herold has consulted for Provention Bio. Disclosure forms provided by the authors are available with the full text of this article at NEJM.org.