Yale Educational Travel and Yale Alumni College have partnered to create a moving opera and theater trip for Yale alumni this summer.

From August 1 to August 4, Yalies will come together for The Glimmerglass Festival: An Opera and Theater Experience taking place in Cooperstown, New York. Yale School of Drama lecturer, Ethan Heard ’07, ’13 MFA, will lead the trip, hosting group discussions of each performance and sharing his experiences as a performer and director, as well as founder of Heartbeat Opera.

This educational travel program will highlight four productions and will feature access to the festival’s directors, composers, and the opera house itself. Heard will provide advance readings and insights on the performances to help participants prepare and make the most of their festival experience.

Among the featured productions is the world premiere of “Blue,” composed by Jeanine Tesori, lecturer at Yale’s Shen Curriculum for Musical Theater. Tesori is one of the most prolific and honored female theatrical composers in history, with five Broadway musicals and five Tony Award nominations.

Heard recently sat down with her for an exclusive interview about “Blue” and a sneak peek into the exciting experience awaiting participants who travel on this program. 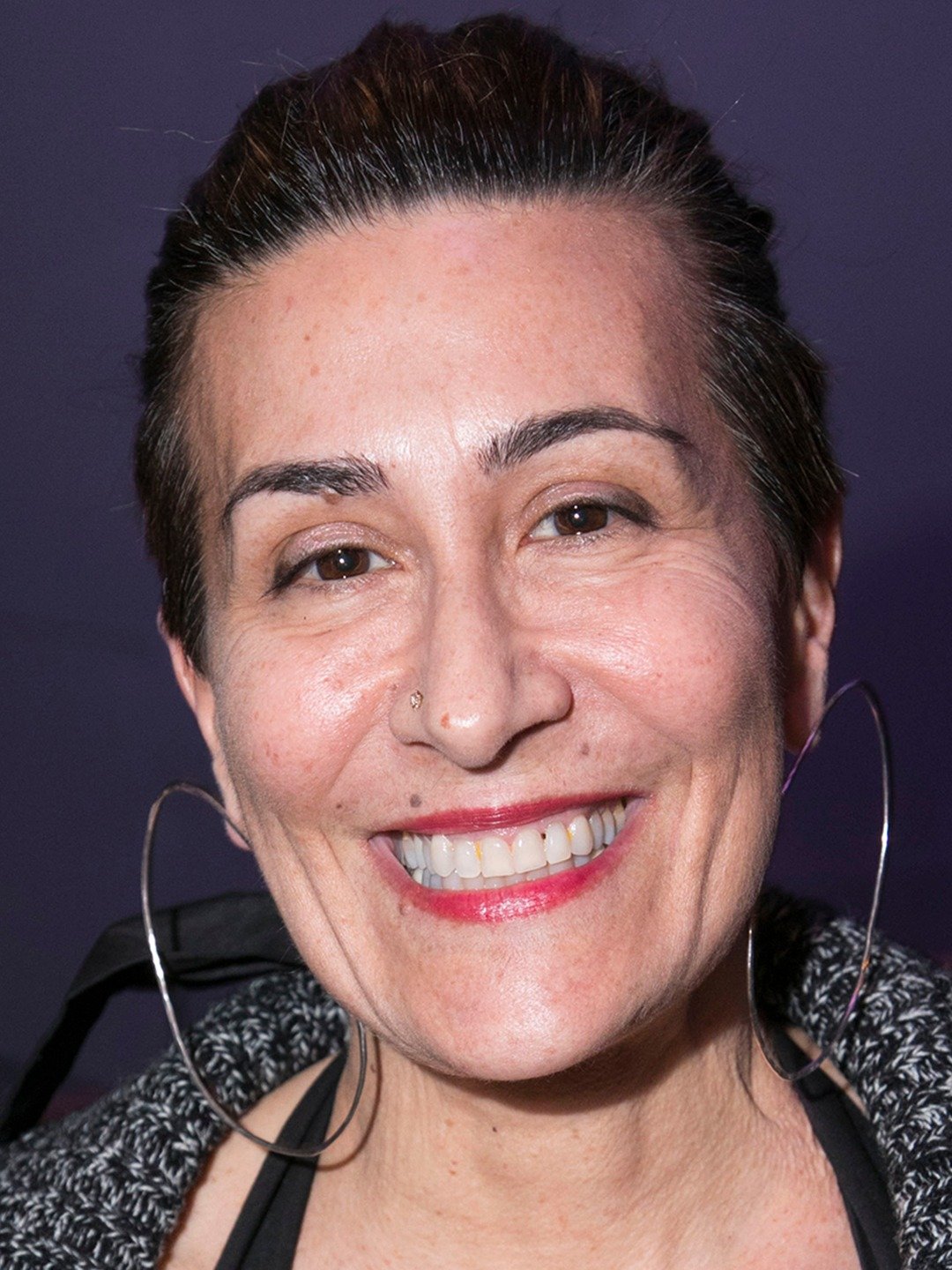 Ethan Heard: What drew you to this story? How did this project come about?

Jeanine Tesori: Francesca Zambello called me some years back and said, “I want to commission you to write an opera that confronts political issues.” I was thinking, “Let me find a librettist,” and that evening I saw “Appomattox” at Washington National Opera, and I really loved it. And I asked her about Tazewell [Thompson], who directed it. She put us together. He had never written a libretto, but he sent me his plays. And we met and got along so well. We started talking about what we wanted to write.

I spoke to him about his experience as an African American man in New York City. We decided we wanted to write about a family. He wanted the father to be a musician. And I said, “I’d like the father to be a policeman.” At first, Tazewell, was not OK with the idea, but then he let it sit for a day, and he said, “No, I think that’s interesting. There’s not a lot written about African American police officers. And this one in particular, whose son is killed by a police officer in the story.”

It took a while. It’s an original piece, but it’s built upon references, real people we spoke to, and in particular Tazewell spoke to. It’s fictional. It’s about possibility denied. It turned out to be a Greek tragedy in some ways. What is the fate of a young, black male in America? The fates spin the thread and cut the thread – that began to really interest us – looking at a hard subject like this, but also endowing it with a lot of humor in the first act, getting very close to this community in Harlem.

What has been the most exciting or challenging part of the creative process so far? I’m sure talking with black Americans about their experience these days is a challenging experience, especially for a white composer. What has that been like?

The idea of race is a political and social structure. There is no race. It was created to classify humans and to put a hierarchy where there is none. And yet we all participate in it in some way. We are involved. We are responsible. I’ve had to open my ears and know this is not my story. When we tend to do publicity, I ask that Tazewell speak. My job on this is to illuminate what I think this sounds like, but I am not the author of this story. So I have to come out with a lot of humility and a lot of clarity that it is complicated for me to also write this story. I have put in a lot of time trying to harness the power of the narrative as it meets music. I want to use any technique and skills I have to spotlight the multilayered story of this family’s experience.

We went around the country with a podcast called “Breaking Glass” – a Glimmerglass-sponsored event. We went to all of these cities and were part of this panel discussing blackness inside white spaces, particularly African American involvement in something like opera, which is typically Euro-centric, and I learned a lot. Not that it’s up to anybody to school me, but I think it was really about being diligent, and I keep using the word “humble” because there were things I didn’t know I didn’t know. And in that spirit, that’s the spirit in which I wrote it. 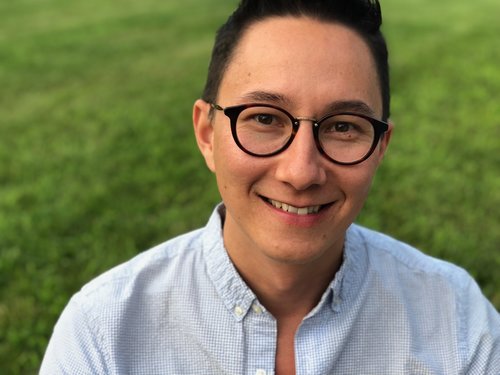 I love “Caroline, or Change,” and I love “Violet” so much. I wonder how your approach has evolved over the years, especially writing music for African American characters.

Tazewell and I spoke so much. Tazewell lives in Harlem. I know him very, very well now. I’m not a white composer who lives in a completely white world – just because of the music that I’m involved in and where my interests are. It’s hard to verbalize the way that I wrote for this family. But I wrote for this family like any modern family that’s from New York.

I did not need to listen to anything. I wrote it in a very classical, modern way. I was not interested in writing for a Baptist church, for instance. The choral work is classical – theater and opera music. It’s filled with longing and joy – the way I hear the world. It’s filled with what I could only imagine what the sound might be of a mother at the funeral of her son. And I just thought, that’s the best I can do. Just translate that from the way that I hear this family. And not pretend to take from a culture, it’s just really from my own imagination.

Do you approach composing opera differently from composing musical theater? Do you see or hear a difference between the two forms?

There are the obvious differences. When I write for opera, I don’t write for amplified voice. (I’m writing a piece now that uses amplification, but for processing, not for projection.)

The distinction between voice types is really great for me in opera. A baritone with a soprano. A mezzo with a bass. The storytelling is told in a sonic way. That’s very different from musical theater where it’s sort of compressed; in musicals, everybody turns into a mezzo and bari-tenor. I really love being able to use the timbre and the high notes – the high notes for a bass, for a tenor, for a soprano – the way that relates to the storytelling.

Orchestra size is a grand difference. I’m writing for 47 pieces for Glimmerglass. That’s unheard of on Broadway in this day and age!

Also, opera can breathe. The pace of storytelling is faster the way that I write for musicals. It’s event-based. So, it goes “ping, ping, ping, ping.” Opera, for me, breathes more. I’ve learned to let my operas breathe, to let them repeat, to let the storytelling not have as great a pace. Not as much has to happen. It’s a deeper journey into the emotion, when you can sit with something longer.

How do you work with Tazewell Thompson?

Over the years, the way I have allowed myself to work, and invited people to work with me, and invited them not to work with me, is to know that text and notes are a marriage. If I can’t hear how a text can be set after really trying, I really work with a playwright or librettist to say, “I can’t make this work. Can we cut this section? Can I pile this section over here? I want to set the policeman’s oath as a sort of incantation underneath…”

It’s the ability to ask the playwright to paint with language as much as we’re painting with notes. And in that way, there isn’t such a “You do this, and I do this.” There’s a real marriage, a real blur after times goes on. There’s this puzzle-istic nature, and that’s where the joy is. It’s not “I’ve done my part here; now you go.” It’s really back and forth.

The Glimmerglass Festival: An Opera and Theater Experience will take place August 1-4, 2019. For more information please contact Sharon Small at 203-436-9213 or via email. If you are interested in registering for this trip, please visit yaleedtravel.org/glimmer19.