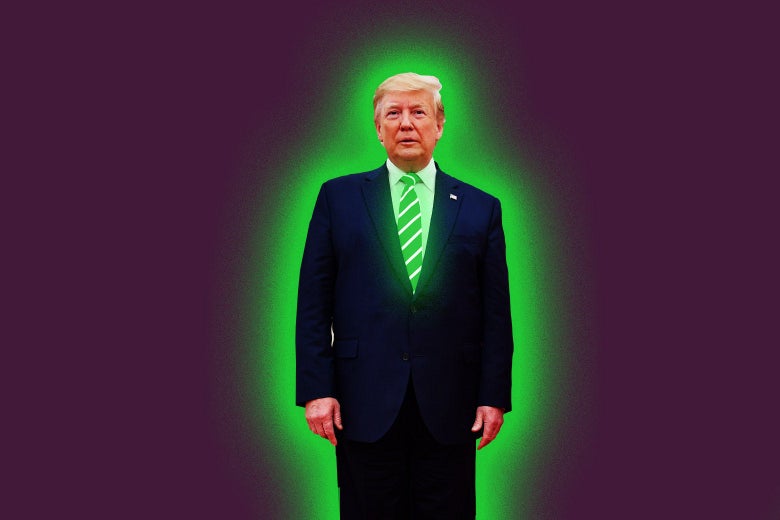 Of all the things in the world to worry about, nuclear waste management is not at the top of most people’s lists. We trust (or hope, at least) that expert scientists and policymakers will make good decisions about how to make sure radioactive byproducts stay far, far away from us, by whatever means possible. But, many of those experts say, we’re going to need to figure out a new way to manage our country’s nuclear waste—and soon.

To that end, the Department of Energy announced Wednesday that they are reclassifying the definition of “high-level,” or highly radioactive, waste stored in underground tanks at Hanford Nuclear Reservation in Washington state, the Savannah River Plant in South Carolina, and the Idaho National Laboratory in Idaho Falls. The DOE hopes that the redefinition will expedite cleanup of the waste. Currently, the high-level waste stored at these sites is waiting for the government to open a secure waste repository (like Yucca Mountain in Nevada, which has been in limbo for decades). But if some of the less radioactive waste qualifies under the new definition, it might instead be shipped off to other sites, like one in Texas, where it could be mixed with “concrete-like grout.” The cleanup at Hanford has already cost the country billions of dollars and is projected to cost billions more as we continue the search for the waste’s final home. (Adding some urgency to developing a new plan is the risk that containers could leak and contaminate the environment, especially if there’s an earthquake in Washington.)

The DOE’s new plan could be cost-effective, sure, but the question is whether it’s safe. When the agency first announced reclassification plans in October 2018 and solicited public comment, the proposal received thousands of responses. And Washington state officials are not happy; Gov. Jay Inslee and Department of Ecology Director Maia Bellon have both sent letters of concern to the DOE. “I am gravely concerned with DOE forging ahead with a new interpretation of HLW that does not comport with federal law, despite objections from Washington state,” wrote Bellon.

Some countries tried storing barrels of waste in ice sheets, which turns out to be less than ideal given that ice both moves and melts.

In addition to the waste we already have sitting around at Hanford and other old nuclear weapons facilities (charmingly called “legacy waste”), nearly 100 commercial nuclear reactors at 60 facilities around the U.S. are creating new waste every day. The type of waste produced by those two types of facility contains different radioactive materials with varying half-lives, but the same storage issues remain: What will we eventually do with all this radioactive stuff?

The lack of solution is not from lack of discussion. There have been all sorts of wacky ideas floated about where to store nuclear waste. Some have proposed we shoot it all into space, maybe have it orbit Venus. But given how spacecraft are prone to explosions, which would effectively mean showering the world with bits of radioactive waste, that idea stalled. In the ’90s, the idea of burying waste in deep ocean seabeds seemed promising, but it never really got off the ground. And some countries tried storing barrels of waste in ice sheets, which turns out to be less than ideal given that ice both moves and melts. As the earth thaws out, old waste becomes uncovered.

Here in the U.S., we’re running out of space, and experts are concerned about the lack of long-term solutions. “Instead of a planned, coherent system, we have the confusion of an unplanned, less than optimal system,” nuclear experts wrote in a 2018 report on nuclear waste management strategy and policy, calling the U.S. program “an ever-tightening Gordian Knot” subject to technical, scientific, logistical, regulatory, legal, financial, social, and political challenges. “This is not a situation that builds public confidence.”

Currently, we’re at a standstill. In 1987, the government designated Yucca Mountain in southern Nevada as the storage facility for waste, but more than three decades later, proper approvals are still pending. Buckets of radioactive waste are still sitting around at the various facilities around the U.S., waiting for a place to go. While critics from environmental advocacy organizations like Columbia Riverkeeper and National Resource Defense Council have condemned the DOE’s reclassification, calling it “irresponsible,” “outrageous,” and an “attempt to cut corners,” local government welcomed the new policy. Richland, Washington, Mayor Bob Thompson told the Tri-City Herald that the decision was a “fantastic opportunity” to speed up Hanford’s cleanup.

We could avoid adding to the problem by trying to reduce the amount of waste generated. One way to do that is to recycle. By separating out uranium and plutonium from used nuclear fuel, engineers can reuse those in reactors to generate additional energy and throw out the rest. “Ninety-five percent of original energy is in the unused fuel,” says Kathryn Huff, an assistant professor of nuclear engineering at the University of Illinois, who likens the process to recycling a soda can: You wash out the sugar and dirt to reuse the aluminum. By reusing fuel, nuclear plants could cut down on the amount of space they need for waste containment by an order or two of magnitude.

On that front, countries like France, the U.K., and Japan are way ahead of us. France, in particular, leads the game; it generates about 80 percent of its energy through nuclear plants, but thanks to its recycling site, called La Hague, the waste currently fits “in a room not significantly bigger than a basketball court,” says Huff. Of course, the U.S. is a far bigger country than France, we’ve run our reactors for longer, and we have a lot more waste already sitting around, so we’ll never shrink our waste pile to that size. But La Hague is a testament to how the amount of true waste can be reduced through reprocessing.

Adopting recycling is subject to many of the same logistical and regulatory pitfalls as building a repository. For one, recycling is more expensive, and without regulatory pressure to change existing systems, commercial nuclear energy plants may not want to pony up the cash. (Opponents of reprocessing, like the Union of Concerned Scientists, also point to high costs of reprocessing, estimating it could cost tens or even hundreds of billions to implement.) Beyond the costs of just reprocessing waste, we’d also have to build critical infrastructure, like recycling facilities and retrofitting of existing reactors to accept recycled fuel. France’s energy system is government-run, and its government has decided to invest the money to have less waste sitting around in the long term.

To make progress on recycling, or building a repository, or even having a coherent plan for the roughly 80,000 metric tons of waste in our country, experts say any decisions about nuclear management need to be removed from the political cycle. “The instability in the dynamics of American politics makes it a challenge to develop a sustainable program,” says Huff. The Blue Ribbon Commission on America’s Nuclear Future, a group of experts assembled by the Obama administration in 2012, brought up similar concerns in its recommendations and suggested that the government establish an entirely new government entity to oversee nuclear waste policy. “The overall record of DOE and of the federal government as a whole, however, has not inspired widespread confidence or trust in our nation’s nuclear waste management program,” the commission wrote in the final report. “The Commission concludes that a new, single-purpose organization is needed … to get the waste program back on track.” Members recommended also that this organization would solicit active consent from affected communities and implement policies that would provide continuity from administration to administration.

But until then, it seems inevitable that the rules will keep shifting, and we’ll keep passing the buck on the problem of waste management. What’s now “high-level” waste seems destined to be reclassified, but it’s also possible that the next administration could change the definition right back. Unless the government moves toward a longer-term solution, we’ll likely be stuck in limbo until something catastrophic happens, the waste’s radioactivity decreases over thousands of years, or the world ends—whichever comes first.