Ann Miura-Ko ’98 elected by alumni to serve on Yale’s Board of Trustees - EduBlog.News 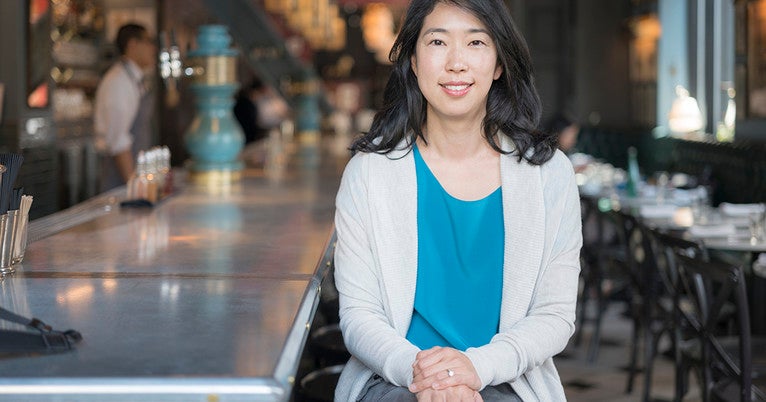 Ann Miura-Ko ’98 B.S. has been elected to serve as an alumni fellow of Yale’s Board of Trustees, known formally as the Yale Corporation, in a worldwide balloting of university graduates. Miura-Ko will begin her six-year term on July 1.

Miura-Ko is a co-founding partner at Floodgate, a seed-stage venture capital firm with notable investments in companies including Lyft, Twitter, Twitch, Refinery 29, and Okta. Known for her visionary investments, she was one of the first investors in Lyft, Refinery29, and Xamarin. Beyond her expertise in marketplaces and consumer applications, Miura-Ko is also well known for her highly technical investments, work that has earned her repeat appearances on the Forbes Midas List and The New York Times list of top 20 venture capitalists worldwide.

At Stanford University — where she earned her Ph.D. with a focus on mathematical modeling of cybersecurity — she is a lecturer in engineering, teaching on topics from blockchain to intelligent growth for startups. In addition, she is a co-director of the competitive Stanford Mayfield Fellows Program, which helps train undergraduates to become technology leaders. Miura-Ko is a co-founding member of AllRaise, an organization dedicated to increasing the success and prevalence of female funders and founders. She also co-leads AllRaise’s Founders for Change, a group of more than 900 venture-backed founders committed to improving diversity and inclusion within their companies.

At Yale, Miura-Ko studied electrical engineering, served as business manager of her a cappella group, Proof of the Pudding, and worked with three classmates to compete in the Paris Robocup Tournament, where they reached the quarterfinals. As an alum, she has served on the School of Engineering & Applied Science Leadership Council and as a non-trustee member of the Corporation Committee on Investments. She and her husband, Albert Ko, also a member of the Class of 1998, have three young children.

“Ann’s experience guiding organizations to new levels of success and innovation — and her commitment to educating the next generation of leaders — will be of great benefit to Yale over the next six years,” said President Peter Salovey. “I look forward to welcoming Ann to this important role and to working with her to realize Yale’s mission.”

About Yale’s Board of Trustees

The Board of Trustees is the university’s principal governing body. The board has 16 trustees, in addition to the governor and lieutenant governor of Connecticut, who are board members ex officio. The president of the university chairs the board.

As fiduciaries, the trustees ensure that Yale’s academic and administrative leadership are guided by sound policies and practices and equipped with adequate resources to further Yale’s mission. In this work, they balance the needs of today’s faculty, students, alumni, and staff with those of future generations.

Throughout the year the board convenes to review and discuss issues with Yale’s academic and administrative leaders and to vote on matters including faculty and senior leadership appointments, the conferral of degrees, major building projects, and operating and capital budgets. Trustees also consider issues of strategic importance, offer guidance, and gather information that supports the stewardship of the university.

Read more about the Board of Trustees.

About the alumni fellow election

Each year eligible Yale alumni vote to elect a new alumni fellow to the university’s Board of Trustees.

The secretary of the university manages the Alumni Fellow Election on behalf of the Yale Alumni Association (YAA). The process is guided by the Miscellaneous Regulations of the Yale Corporation and the University Charter, granted by the state legislature. Learn more about the alumni fellow election.