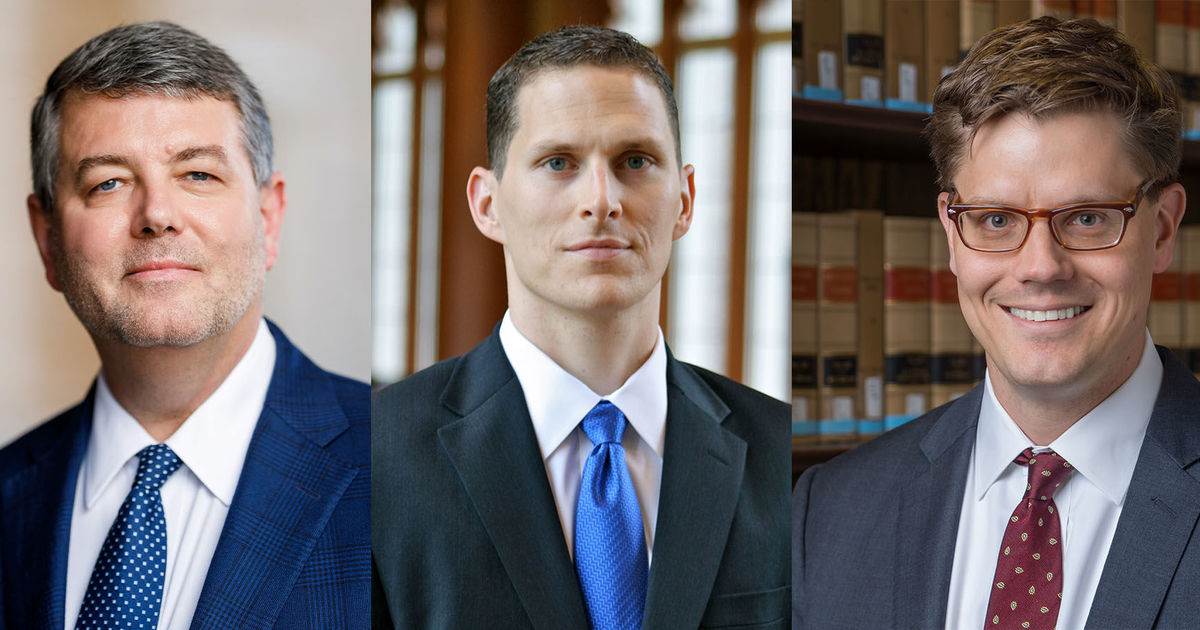 Tennessee Wine and Spirits Retailers Association dealt with the constitutionality of residency requirements for retail liquor sales. In his opinion, Alito cited Cushman’s work, “Formalism and Realism in Commerce Clause Jurisprudence,” to demonstrate the important role the Commerce Clause has played in the economic history of the country.

The court in Kisor reconsidered the so-called Auer doctrine of administrative law, which governs administrative agencies’ interpretations of their own regulations. In his concurring opinion, Gorsuch cited Pojanowski’s work in “Revisiting Seminole Rock,” which argues that Auer rests on a misunderstanding of its originating case, the 1945 decision Bowles v. Seminole Rock, and that Seminole Rock implies a less-deferential standard of rule and Congress likely codified this less-deferential approach in legislation on judicial review of agency action.

Kozel, who also serves as Notre Dame Law School’s associate dean for faculty development and directs the Program on Constitutional Structure, was also cited by Gorsuch. He cited Kozel’s article, “Statutory Interpretation, Administrative Deference, and the Law of Stare Decisis,” which discusses the precedential effect of judicial decisions that set out wide-ranging principles of interpretation for future cases.

Originally published by Denise Wager at law.nd.edu on June 28.