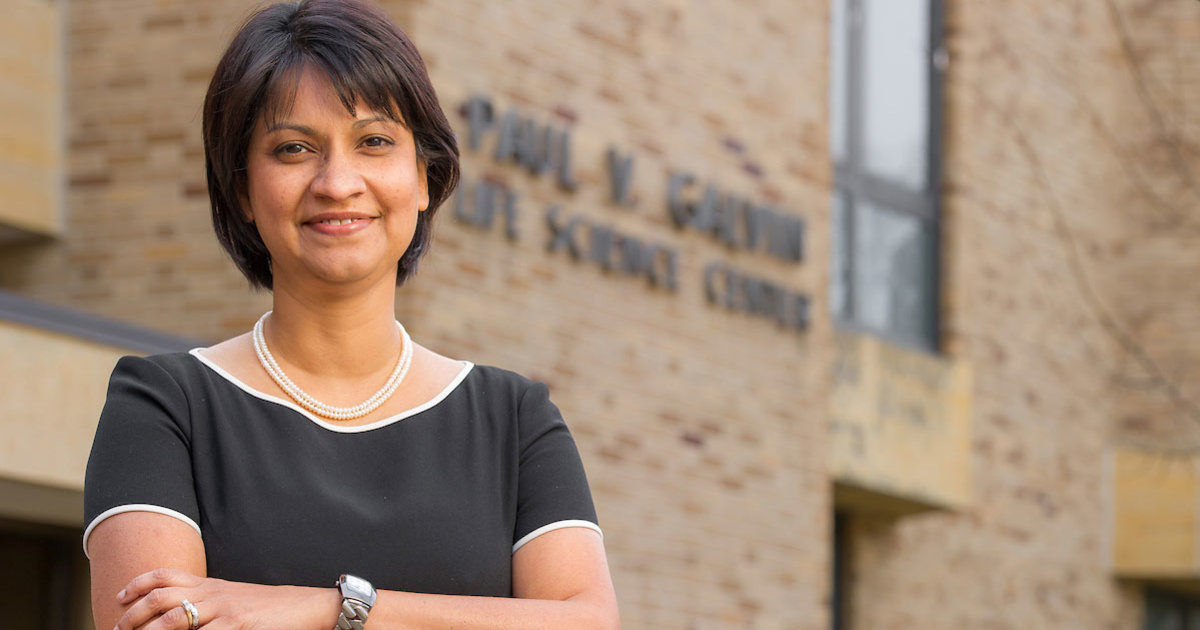 Researchers at the University of Notre Dame have outlined the delivery mechanism tumor cells use to move nucleic acids into small sacs shed from their surfaces — information that is eventually shared with other cells within the tumor microenvironment, causing the cancer to spread.

The study, published in Nature Cell Biology, demonstrates how microRNA “cargo” is moved into the sacs, called extracellular vesicles, in a process similar to how a package would be delivered through a series of trucks, cars and postal workers. The released vesicles taken up by other non-tumor cells change the behavior of surrounding recipient cells.

In addition to demonstrating the pathway in which biological information is processed, the study also shows that the microRNAs are transferred to other cells within the tumor’s microenvironment.

“We have wanted to better understand how the biological information gets assembled into the vesicles,” said Crislyn D’Souza-Schorey, the Morris Pollard Professor and chair of the Department of Biological Sciences and a faculty member of Notre Dame’s Harper Cancer Research Institute and the Advanced Diagnostics and Therapeutics initiative. “Once released from the tumor cell, these vesicles serve as ‘information packets’ with instructions for other cells in the tumor microenvironment. Deciphering this new dimension of communication between cells allows us to better understand how cancers spread.”

D’Souza-Schorey and collaborators show how, when first moved outside the nucleus of the tumor cell, a precursor to a mature microRNA binds to specific cellular proteins. This facilitates its delivery to other proteins that ultimately shuttle the microRNA to the vesicles forming at the cell surface.

Once shed from the tumor cells, these vesicles can be found circulating through the body in fluids like blood and urine. As such, they can be used as “biomarkers” that can point to the presence of cancer. If perfected, the process of detecting these vesicles, through a liquid biopsy, can lead to early detection of different types of tumors.

Additionally, because the shed tumor vesicles carry specific disease-related molecules, researchers can also start devising potential new cancer therapies. “Now that we understand a little more about how these molecules are trafficked and assembled into tumor vesicles, scientists can manipulate these steps to rework the content of these vesicles,” D’Souza-Schorey said. “It’s like altering and correcting the message released from the tumor cell.”

Co-authors of the study include James W. Clancy, Colin Sheehan and Ye Zhang, all from Notre Dame.

The study was funded in part by the National Cancer Institute.