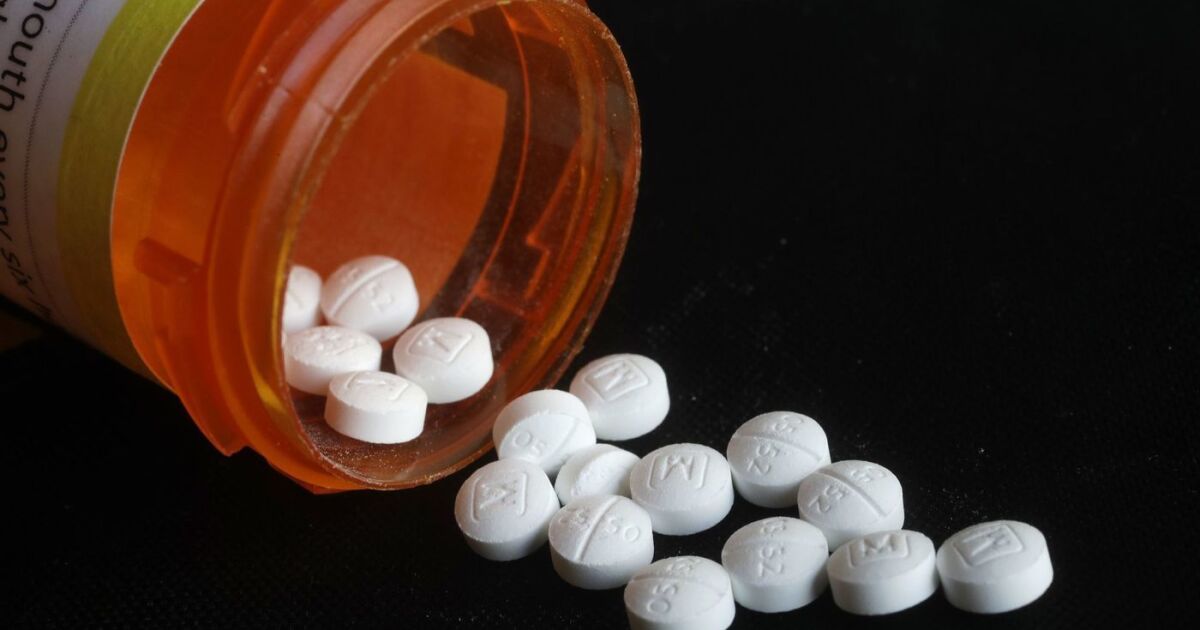 Florida survives on tourism, but a decade ago, thousands of visitors made frequent trips to the state not to visit its theme parks or beaches. Instead, they came for cheap and easy prescription painkillers sold at unscrupulous walk-in clinics.

For a while, few in authority did much about it even though it was all done in the open with little oversight.

The clinics started in the 1990s and began proliferating in about 2003, their parking lots filled with vehicles sporting license plates from Ohio, Kentucky, West Virginia and elsewhere. The customers were drawn by billboards on southbound interstates advertising quick and easy relief — code for “We’re a pill mill, and we’re ready to deal.”

The clinics’ doctors did no diagnostic work. They just signed prescriptions and shuffled the “patients” to the clinics’ on-site pharmacies to buy oxycodone and other narcotics at $10 a pill, cash-only. Some pill-mill tourists would visit a dozen or more clinics before returning home with thousands of pills, which would be sold to their neighbors for up to $100 each. Within a few days, many again headed south to buy more.

The thriving “pill mills” helped seed an overdose epidemic that ended up devastating many of the communities where the pills were sent. This week’s release of federal data showing the flow of prescription opioids throughout the U.S. from 2006 through 2012 has again put the spotlight on Florida’s pill mill industry, which, in hindsight, provided a blaring fire alarm about a crisis that eventually would claim tens of thousands of lives every year.

“You could think about the manufacturers as having lit the fire, and the distributors and pill mills were really pouring gas on the fire,” said Andrew Kolodny, who researches addiction at Brandeis University.

Lindsay Acree, an assistant professor at the University of Charleston in West Virginia, said the pipeline to Florida provided easy access to large quantities of the drugs for people who already were getting hooked on them.

“It was very, very accessible and very, very cheap if they got them from Florida,” she said.

By the clinics’ peak in 2010, 90 of the nation’s top 100 opioid prescribers were Florida doctors, according to federal officials, and 85%
of the nation’s oxycodone was prescribed in the state. That year alone, about 500 million pills were sold in Florida. The number of people who died in Florida with oxycodone or another prescription opioid in their system hit 4,282 in 2010, a four-fold increase from 2000, with 2,710 of the deaths deemed overdoses, according to a state medical examiners’ report.

Even today, Florida struggles with opioid addiction. The state was second only to Ohio in the number of opioid-related overdose deaths in 2017, the most recent year for which official figures are available.

Florida’s pill mills “opened fast and furious because there was very little regulation … and the majority of law enforcement was not trained to handle the movement of legal drugs for illegal purposes,” said Lisa McElhaney, then a sheriff’s narcotics investigator in Broward County, the epicenter of the pill-mill boom.

“Our laws were geared toward your traditional street-level drugs — cocaine, heroin, marijuana, methamphetamine — and not so much on prescription drugs.”

Ohio drug dealer Gerald Dixon said during a 2012 prison interview with the Associated Press that he would visit Florida clinics, tell the doctors that years of weightlifting and boxing had left him in pain, and then they would prescribe him pills, usually without examination. He would take the pills home to sell.

“It’s all about cash, cash, cash,” he said then about the pill-mill doctors. “You go, you pay the money, and they’re going to come back and say, ‘Yeah, you’re right, you was hurt.’ ”

A perfect storm helped Florida pill mills take off in the early 2000s, said McElhaney, who is now president of the National Assn.
of Drug Diversion Investigators.

Other states were putting in computerized systems tracking the sale of legal narcotics, but Florida did not. That allowed unscrupulous operators to go undetected. The state also allowed doctors and clinics to sell the drugs they prescribed.

And, she said, there was the aftermath of the 2001 Al Qaeda
attacks. Federal policies tightening border security that prevented terrorists and weapons from entering the country also curtailed the heroin trade.

Opioid dealers needed to find a substitute to supply their customers and learned that Florida was the spot for prescription painkillers; advertisements popped up all over the internet and in alternative newspapers.

With much of America struggling economically even before the Great Recession, people were willing to risk traveling to Florida to buy pills to sell for huge profits back home.

“If we closed down one clinic, you could watch the patients, literally a wave, go to another physician by word of mouth. It was a cash-pay business, and it was a big business,” McElhaney said.

McElhaney and others tried to get the Legislature to toughen the state’s laws, but lawmakers balked. One reason might be that the pharmaceutical companies became major players in state politics. Between 2006 and 2015, drugmakers that produce opioids spent almost $4 million in Florida on campaign contributions and lobbying, a joint 2016 investigation by the Associated Press and the Center for Public Integrity showed. Republicans, who control the state, received almost $3 million while Democrats got almost $1 million.

“The hardest part was holding the hands of family members that lost children — and not just one, some families lost two and three — and the first thing out of their mouths is, ‘Why are physicians allowed to do this?’ ” McElhaney said.

The tide turned against Florida’s pill mills in 2011 when the pressure in the media and the public reached critical mass after several newspaper and TV investigations of the industry.

The new Republican governor, Rick Scott, reversed his opposition and agreed to a state narcotics tracking system. The newly elected Republican attorney general, Pam Bondi, made shutting down the pill mills a top priority, and the Legislature tightened the state’s drug laws. That included a ban on doctors and clinics dispensing opioids on site, which is where the big money was made, and set limits on the number of pills most patients could receive.

The impact was immediate: Within a year, the number of pain treatment clinics registered with the state fell from 921 to 441 and by 2014 there were 371. Jim Hall, a Nova Southeastern University epidemiologist who studies Florida’s drug problems, said any pill mills that didn’t close voluntarily or comply with the new laws got raided.

But while the pill mills closed, their legacy is the current heroin crisis. Opioid addicts switched back to heroin after foreign cartels learned how to bypass post-9/11 security, both Hall and McElhaney said.

In 2018, because of the abuse of heroin and its even deadlier synthetic cousin, fentanyl, Florida’s opioid death rate reached 25 deaths per 100,000 residents, according to the National Institute on Drug Abuse, a 67% jump from the peak of the pill mill crisis.

Hall said every day the pill mills were open they created more addicts, and those numbers would have continued to rise if they hadn’t eventually been targeted. The pills mills, he said, were “the gateway.”